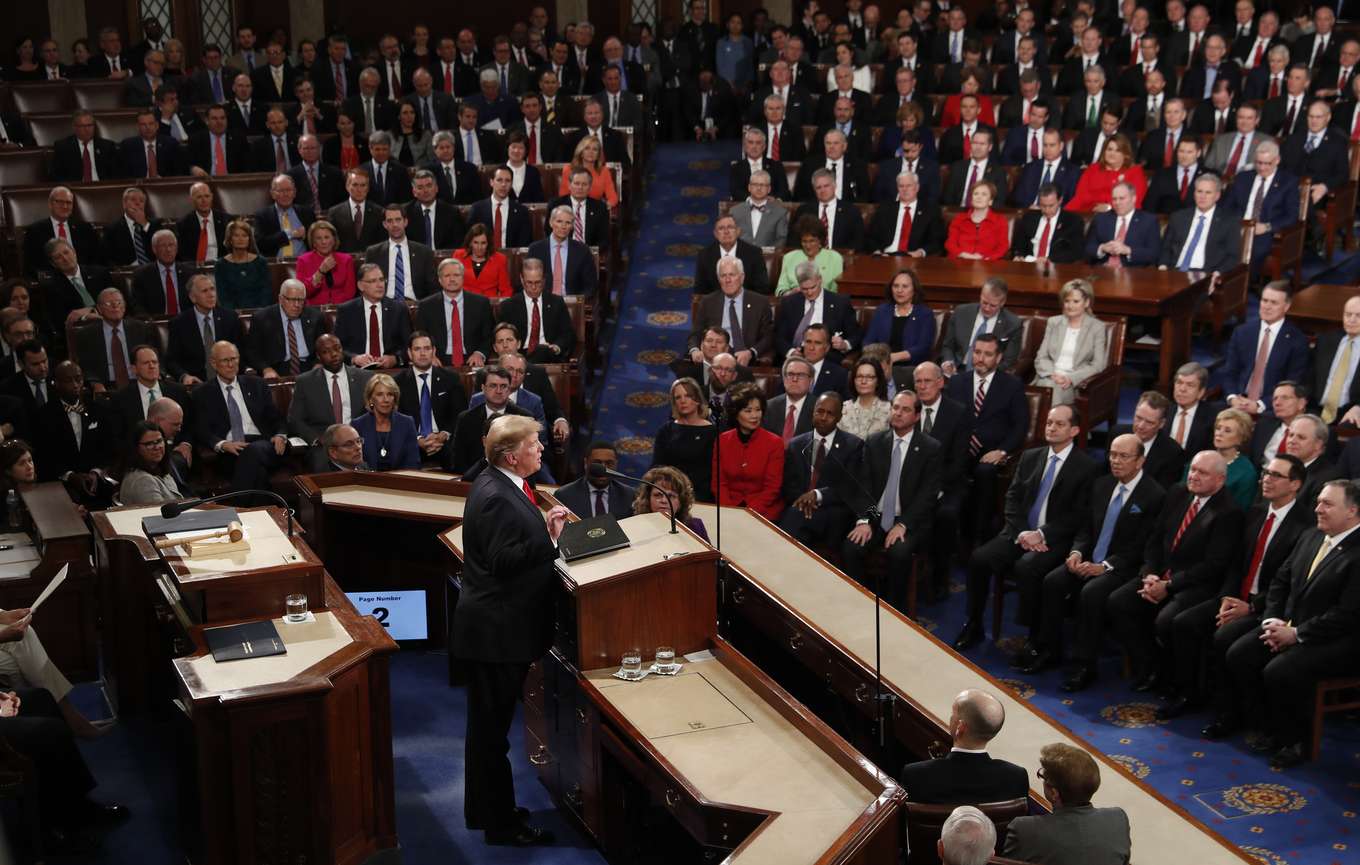 Liz Peek for Fox News reported that, “In a speech that was interrupted 102 times by applause, President Trump rocked the House, delivering remarks that were at times moving, funny, inspiring, feisty and visionary.”

I would have to totally agree with Ms. Peek here.  I was very impressed by The President’s tone, his overall presence, and his words.

“He appealed to lawmakers in both parties to rise above partisan politics and define victory as “not winning for one party but winning for our country.”

The President “Framed his speech as a celebration of two great occasions: the 75th anniversary of D-Day that liberated Europe [and saved the world’s civilization] from the Nazis and the 50th anniversary of America’s [Apollo 11] moon landing.  Heroes from both those historic undertakings were in the gallery, personifying the daring and selflessness that has characterized the United States throughout our history.”

He asked Democrats to partner with him in “choosing greatness” and to “keep freedom alive in our souls.”

“He exhorted Congress to ‘think of this very chamber, where lawmakers before you voted to end slavery, to build the railroads and the highways, to defeat fascism, to secure civil rights, to face down an evil empire.’”

The democrat side of the aisle honestly seemed petty and a bit foolish in comparison.

There was even a large group of democrat female representatives who wore white to represent something, or show some kind of unity.  They all characteristically chose to “thumb their noses” at President Trump’s accomplishments, and the country’s historic economic numbers.

Liz Peek added, “The Democrats also pouted as the president listed the economic gains made during his administration. They did not cheer when he said 5.3 million new jobs have been added, including 600,000 manufacturing jobs.”

“Nor did the Democrats cheer when the president cited the all-time low in African-American, Asian-American and Hispanic unemployment and the uptick in the incomes of blue-collar workers.”

“Do Democrats not approve of putting people to work?”

Do they not approve of 5 million people being lifted off of food stamps?

Do they not approve of hundreds of thousands of manufacturing jobs being brought back to our country?

Do they not approve of us being self-sufficient, energy-wise, in the world?

Do they not approve of our NATO allies finally kicking in their fair share for their own defense spending?

It sure appeared that way, as democrats declined to applaud, and even smirked at the country’s good fortune.

President Trump did manage to break through their grumpiness, however, by pointing to the record number of women working in the United States today and the all-time high number of women in Congress. Even the “women in white” couldn’t help but celebrate themselves.

One of The President’s guests in the gallery was a survivor of Nazi concentration camps who was enjoying his 81st birthday.  It was enjoyable to see the entire House join in singing “Happy Birthday” to him.  That was certainly a first at a State of the Union address.

“In fairness, even while calling for a ‘new era of cooperation,’ [President] Trump threw some partisan zingers into the mix.  He singled out bills recently introduced in Virginia and passed in New York that allow for late-term abortions, and said he would ask Congress to pass legislation banning such procedures.”

“In addition, The President hammered home his determination to secure our ‘dangerous’ border, and the need for a wall.  To make the point, he introduced some family members of an elderly couple killed by an illegal immigrant.  Democrats were not pleased.”

How can you not be concerned with illegal drugs pouting over our southern border?

How can you not be concerned with thousands of young girls and children being taken advantage of by human trafficers at our southern border?

How can you not be concerned with gang members and other dangerous individuals coming across our southern border and committing crimes against and taking the lives of our citizens?

Just who do these democrat representatives represent exactly?

They didn’t account for themselves very well during the State of the Union address in my opinion.

The President added that “Great nations do not fight endless wars,” which is a statement no one can really argue with, as he is winding down our engagements in Afghanistan and Syria.

Liz Peek commented, “But for sure, the most contentious issue, and the one that continues to hang over the country, is immigration. Trump said no other issue better illustrates the divide between the working class and members of the wealthy [elite] political class, who hide behind walls [and gates and armed guards] while blue-collar workers suffer the lower wages, overburdened schools, [crime] and depleted safety nets that illegal immigration causes.”

“It will be interesting to see how Democrats answer that charge.”

“President Trump asked us all to ‘rekindle the bonds of love and loyalty and memory that link us together as citizens, as neighbors, as patriots.’”

“He vowed, as he has before, to put America’s interests first and, notably, promised that America will never be a socialist country.”

“Even Nancy Pelosi and Chuck Schumer applauded that one.”

A CBS poll, conducted during and directly after The President’s speech, showed that 76% of viewers liked what they heard.

Since polling numbers regarding The President typically seem to skew low; that would translate into an 85%-90% positive approval rating of The President’s speech.

I would tend to agree with them.

In retrospect, I’m glad The President didn’t take my advice and hold his own State of the Union address away from The Capitol.  He definitely came away here as being the bigger person, the more reasonable person and the more responsible person. 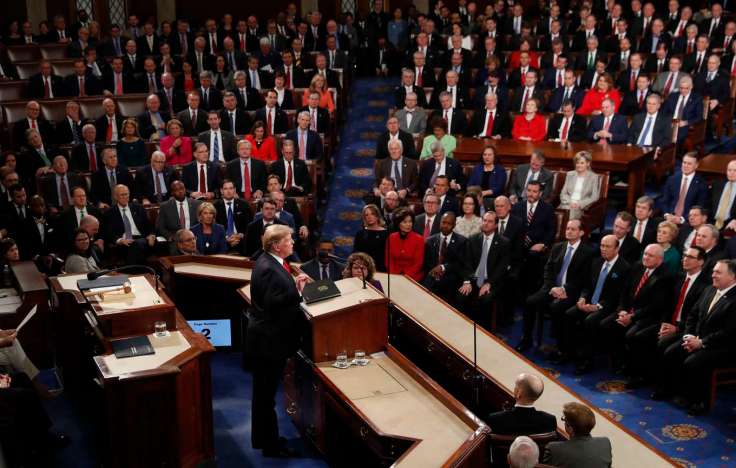