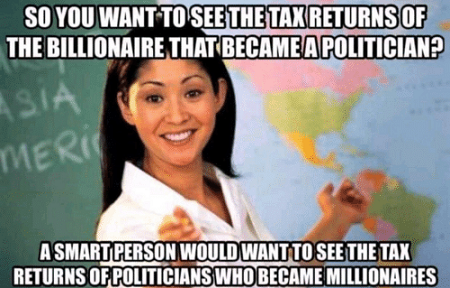 Yes…, Donald Trump is exactly the kind of person George Washington and the founding fathers envisioned as a President or as a member of Congress.

The founding fathers envisioned successful and accomplished people sacrificing their time, and serving a term or two in government for the good of their country, before returning back to private life and letting another citizen step forward for the good of the country.

The founding fathers envisioned people who had gained some sort of expertise, knowledge, and wisdom in their private ventures, and then putting their experience and talent to work for our country.

The founding fathers did not envision lifelong politicians who would bring nothing to the table other than their ability to get elected somehow.

The founding fathers did not envision individuals staying 20 years, 30 years, 40 years, or even longer in office, and leaving politics significantly richer than when they came.

They established a form of government never before seen in this world.

From the Declaration of Independence:

“We hold these truths to be self-evident, that all men are created equal, that they are endowed by their Creator with certain unalienable Rights, that among these are Life, Liberty and the pursuit of Happiness.–That to secure these rights, Governments are instituted among Men, deriving their just powers from the consent of the governed, –That whenever any Form of Government becomes destructive of these ends, it is the Right of the People to alter or to abolish it, and to institute new Government, laying its foundation on such principles and organizing its powers in such form, as to them shall seem most likely to effect their Safety and Happiness.”

Although I have said that being a great man, sometimes, only requires you to speak the truth and live up to the truth…, like the founding fathers, Abraham Lincoln, and Dr. Martin Luther King Jr.

“I have lived, Sir, a long time, and the longer I live, the more convincing proofs I see of this truth – that god governs in the affairs of men. And if a sparrow cannot fall to the ground without his notice, is it probable that an empire can rise without his aid?” – Benjamin Franklin

“To argue with a person who has renounced the use of reason is like administering medicine to the dead.” – Thomas Paine

“Government is instituted for the common good; for the protection, safety, prosperity, and happiness of the people; and not for profit, honor, or private interest of any one man, family, or class of men; therefore, the people alone have an incontestable, unalienable, and indefeasible right to institute government; and to reform, alter, or totally change the same, when their protection, safety, prosperity, and happiness require it.” – John Adams

“A fondness for power is implanted, in most men, and it is natural to abuse it, when acquired.” – Thomas Jefferson

“However [political parties] may now and then answer popular ends, they are likely in the course of time and things, to become potent engines, by which cunning, ambitious, and unprincipled men will be enabled to subvert the power of the people and to usurp for themselves the reins of government, destroying afterwards the very engines which have lifted them to unjust dominion….The alternate domination of one faction over another, sharpened by the spirit of revenge, natural to party dissension, which in different ages and countries has perpetrated the most horrid enormities, is itself a frightful despotism.” – George Washington

“When the people fear their government, there is tyranny; when the government fears the people, there is liberty.” – Thomas Jefferson

“Experience hath shown, that even under the best forms of government those entrusted with power have, in time, and by slow operations, perverted it into tyranny.” – Thomas Jefferson

“If freedom of speech is taken away, then dumb and silent we may be led, like sheep to the slaughter.” –  George Washington

“Guard against the impostures of pretended patriotism.” – George Washington

Thomas R. Pickering and James Stoutenberg of The New York Times notes that, “In September 1796, George Washington, weary of partisan combat just eight years after the ratification of the Constitution and the founding of the nation, wrote a farewell address explaining why he would not seek a third term. His message is worth remembering in our current political moment.”

“In elaborate and thoughtful prose, Washington raised red flags about disunity, false patriotism, special interests, extreme partisanship, fake news, the national debt, foreign alliances and foreign hatreds. With uncanny foresight, he warned that the most serious threat to our democracy might come from disunity within the country rather than interference from outside. And he foresaw the possibility of foreign influence over our political system and the rise of a president whose ego and avarice would transcend the national interest, raising the threat of despotism.”

“Washington certainly had great confidence, but in his address he didn’t brag about his accomplishments. On the contrary, he beseeched the Almighty to soften the impact of his errors and expressed hopes that the country would forgive them.”

“He cautioned against both overly friendly alliances (lest another country’s interests and wars become our own) and excessive hatreds (lest we provoke unnecessary conflict and war with others).”

“Some of Washington’s most prescient warnings were about the dangers of factionalism. He wrote that should one group, ‘sharpened by the spirit of revenge,’ gain domination over another, the result could be ‘a more formal and permanent despotism.’ The despot’s rise would be fueled by ‘disorders and miseries’ that would gradually push citizens ‘to seek security and repose in the absolute power of an individual.’”

“As if envisioning the political tribalism and 24/7 cable news culture of today, he urged political leaders to restrain ‘the continual mischiefs’ of political parties. The ‘spirit of party,’ he wrote, ‘serves always to distract the public councils and enfeeble the public administration. It agitates the community with ill-founded jealousies and false alarms, kindles the animosity of one part against another, foments occasionally riot and insurrection.’”

“And then he arrived at one of his greatest concerns: The ways in which hyperpartisanship could open the door ‘to foreign influence and corruption, which find a facilitated access to the government itself through the channels of party passions. Thus, the policy and the will of one country are subjected to the policy and will of another.’”

“Since 1893, a senator has read the farewell address on the floor of the Senate every year on Washington’s Birthday, alternating annually by political party. Bluntly speaking, it’s become little more than an exercise in bipartisan lip service. The House of Representatives stopped reading it decades ago. This was, at least, a form of honesty. Clearly no one was listening anymore.”

“Washington’s goal was to ensure that the young country became stable enough to withstand the threats to liberty and freedom he saw on the horizon — a horizon that has now stretched 220 years into the future. We can never say he didn’t warn us.”

President Washington was definitely uncanny in his predictions for the future.

The funny thing about this article is that The New York Times tries sell us that the republicans and President Trump are the problems Washington was talking about in his farewell address and not the democrats and themselves!