To all of my faithful followers, and the tens of thousands of you who read and enjoy my blog…, please share the MrEricksonRules.com website with any of your friends you think may enjoy it as well. 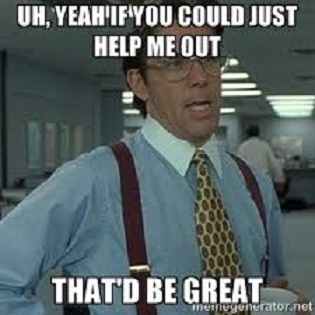 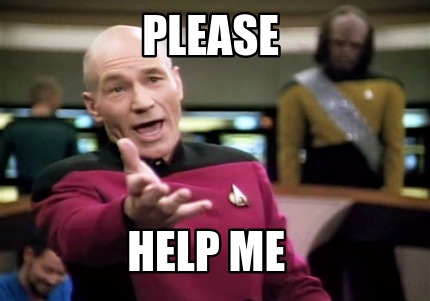 Google is suppressing access to my website, especially those users searching within the United States, and I could really use your help.

I mentioned this censorship in a prior blog on July 22, 2020, titled, “Google is a gaggle of fascists.”

Thank you for all of your continued support. 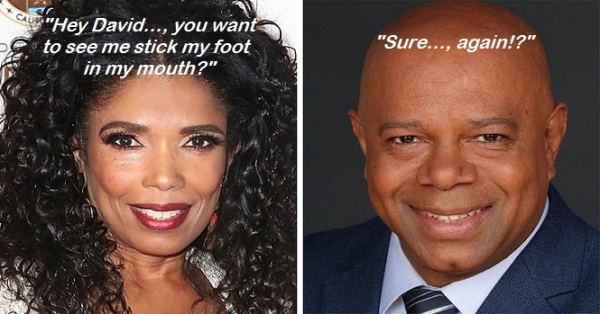 CNN legal “analyst,” Areva Martin, called out a Fox News contributor for his “white privilege” while talking to him recently on his SiriusXM radio show.

The only problem with that is he’s a black man!

David Webb, a radio host on SiriusXM and a frequent Fox News contributor, is black.

When Webb, who is a Fox Nation host and frequent Fox News contributor, said he considered his qualifications more important than his skin color when applying to media jobs, Ms. Martin (who is a black woman) accused him of exercising white privilege.

“Areva, I hate to break it to you, but you should’ve been better prepped,” he responded. “I’m black.”

In the actual interview, David Webb says, “I’ve chosen to cross different parts of the media world, done the work so that I’m qualified to be in each one; I never considered my color the issue; I considered my qualifications the issue.”

“How do I have the privilege of white privilege?” Webb asks.

“David, by virtue of being a white male you have white privilege. This whole long conversation, I don’t have time to get into …”

Webb then interrupts her to let her know he’s a black man, causing Martin to take a pause.

“You see, you went to white privilege; this is the falsehood in this,” Webb replies. “You went immediately with an assumption. Your people, obviously, or you didn’t look.”

Ms. Martin the proceeds to apologize repeatedly for her false accusation, adding that “her people” gave her the wrong information.

So Ms. Martin is saying that she just blindly regurgitates whatever “her people” feed her?

Is this what we are referring to when we talk about “talking heads?”

Ms. Martin should be woman enough to accept the criticism here and not throw “her people” “under the bus,” but in typical liberal fashion, nothing is ever her fault it’s always the fault of someone else.

“You’re talking to a black man . . . who started out in rock radio in Boston, who crossed the paths into hip-hop, rebuilding one of the greatest black stations in America and went on to work at Fox News where I’m told apparently blacks aren’t supposed to work, but yet, you come with this assumption, and you go to white privilege,” Webb says. “That’s actually insulting.”

According to Michael Brice-Saddler for the Washington Post, “Martin has not publicly acknowledged the incident, and a spokeswoman for Areva Martin declined to comment.”

“After the interview, Webb made light of Martin’s gaffe by posting photos of himself with white men, writing on Twitter: ‘Just two guys showing their #WhitePrivelege.’ pic.twitter.com/mXWv47dTTX

Brice-Saddler continues by saying, “The exchange became a popular topic on Fox News, where Tucker Carlson discussed it Tuesday night, shortly before Webb appeared on “The Ingraham Angle.” The following morning, he was back on Fox to discuss the incident with “Fox and Friends,” telling the hosts that white privilege is a “false narrative.”

“‘There is no such thing as white privilege,’ Webb said. ‘There’s earned privilege in life that you work for. There are those who may have a form of privilege that they exert . . . in the form of influence.’”

“If a conservative analyst had made the same mistake as Martin, there would be calls for that person to be fired, Webb said.”

“He said he has invited Martin back to his show to ‘have a longer conversation about white privilege.’”

“‘Our skin’s an organ, it doesn’t think or formulate ideas, it just says: This is a result of your parentage,’ he said.”

For your information Ms. Areva Martin, racism can cut both ways.  Just because you are black and/or a liberal does not mean you get a free pass to say ignorant things or racist things and get away with them.  I know you’re used to getting away with stuff like this on CNN or MSNBC, but you better be prepared and on your game when talking to conservative talk show hosts or when appearing on Fox News. 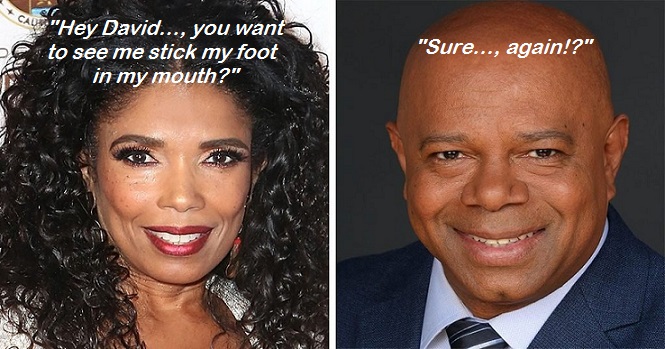 I would suggest that the terms “republican” and “conservative” are moving targets.

President Trump ran under the mantle of “a republican” within the Republican Party, but definitely was not a member of “the club.”

And people supported Donald Trump for the 2016 election for just that reason.  Many Americans wanted someone who wasn’t a member of the establishment politician’s “club.”  I believe people voted for Donald Trump because of his ideas and his intentions, without much regard for which party he ran under or how he was labeled.

Socially speaking, Donald Trump’s “anti-political correctness” stance naturally aligned him more with the Republican Party and the conservatives, however.

The terms “republican” and “conservative,” of course, mean different things to different people.

Judge Andrew Napolitano, a Fox News contributor, also asked the question, “Is Trump a Republican?” and pointed out that President Trump, “chose to characterize himself as a conservative Republican; and nearly two years into his presidency, he continues to call himself that.”

Judge Napolitano goes on to say that, “A fair analysis of his presidency at its current mid-point gives rise in my mind, and I suggest it should in yours, to serious questions about his fidelity to any conservative principles. Trump is the president who attacks the FBI almost every day, borrows a trillion dollars a year to run the government, has tried to re-write immigration laws on his own, has imposed tariffs on household goods for which Americans must pay up to 25 percent more than they previously were paying, suggested he could shut down the New York Times and CNN, insults foreign leaders whose alliances with the US are long and deep, bombed Syria without congressional authorization, sent troops to Syria then summarily ordered them home, threatened to reveal intelligence sources publicly, and continues to use drones to kill folks internationally.”

Wow!  Where did that come from and how do you really feel, Judge?

First of all, when someone leads off by saying this is going to be “a fair analysis,” it usually isn’t, and this is no exception.

Let’s analyze the Judge’s attacks, one mindless point at a time.

The Judge says, “Trump is the president who attacks the FBI almost every day…”

Have you been paying attention to the news at all Judge?  Do the names James Comey, Andrew McCabe, Peter Strzok, and Lisa Page conjure up any reason to attack the FBI?  Does the fraudulent Steele dossier, the FISA warrants that were obtained under false pretenses, and the “spying on” of the Trump campaign and the early Trump presidency possibly give The President any reason to be critical of the FBI?

The Judge complains that President Trump, “…, borrows a trillion dollars a year to run the government…”

And this is any different from Barrack Obama or George Bush how?  No one else seems to be concerned about the deficit.  Why should he?  The “establishment conservatives” talk a good deficit concern game, but that’s as far as it goes…, talk.

Judge Napolitano claims that President Trump, “…, has tried to re-write immigration laws on his own…”

For a judge, you don’t seem to be very observant, Judge Napolitano.  Quite the contrary from your claim, President Trump is actually trying to follow the immigration laws on the books and work within his Constitutional rights as a president and commander in chief.  Perhaps you had him confused with former President Obama.

The Judge says that President Trump, “…, has imposed tariffs on household goods for which Americans must pay up to 25 percent more than they previously were paying…”

This is such a shallow-minded, short-sided and disingenuous remark to be coming from you, Judge.  You must be aware that The United States has been getting ripped-off by all of our trading partners for many years, and that from time to time we have to pay a little bit more as negotiations are taking place, before better trade deals are implemented (as with Canada and Mexico for example).  In the long run we will be much better off as a country.  Wait and see what the China talks bring.

Judge Napolitano asserts that President Trump, “…, suggested he could shut down the New York Times and CNN…”

This statement by the Judge is just a plain lie. President Trump has never said he could “shut down the New York Times and CNN.”  He has called these two news outlets “fake news,” which they are, but never claimed he could, or would, “shut them down.”

The Judge says President Trump, “…, insults foreign leaders whose alliances with the US are long and deep…”

President Trump does not “insult foreign leaders.”  He merely has let them know “there is a new sheriff in town,” and that we value being their ally, but not at the expense of the US at every turn.

One, he doesn’t need congressional authorization to bomb anyone, and two he demonstrated he means what he says, unlike our prior, weak, president.

“…, sent troops to Syria then summarily ordered them home…”

What’s your point Judge?  Is this not within the prerogative of the Commander in Chief?  And are we just going to keep our soldiers planted out in the desert over there forever?

This is not really the case here, Judge.  Considering everything the FBI chose to redact in those “secret” documents, what he really threatened to do was reveal the FBI’s CYA operation, not any intelligence sources.

“… and continues to use drones to kill folks internationally.”

Really?  You want to go there?  I can’t recall hearing anything about any drones killing anyone since President Trump was elected, as opposed to Obama’s administration’s almost weekly bragging about the fact.

So there you have the complete deconstruction and refutation of Judge Andrew Napolitano’s “fair analysis” of President Trump’s action in office so far.

I must admit that Judge Napolitano has had me fooled for quite a while.  I apparently had mistaken him as a good natured, former judge, who lent his experience, knowledge and perspective to topics of the day, when in fact he turns out to be a “fake news,” “never Trumper!”

Shame on me, but thank you to the Judge for finally revealing himself.

So the real question here isn’t “Is Trump a Republican?”  It’s “Why isn’t Judge Napolitano working over at CNN?”