According to Joshua Nelson for Fox News, “A Pro-Trump immigrant is challenging a Democrat incumbent in Michigan.” 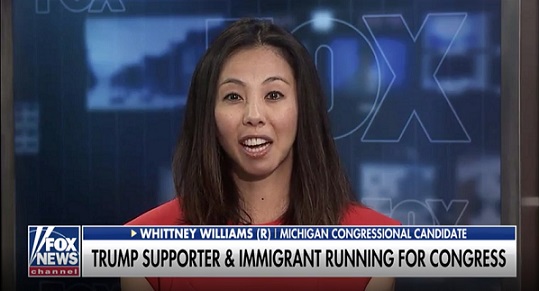 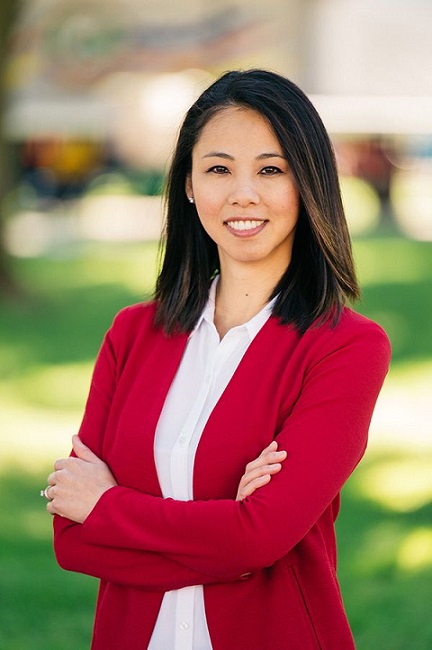 “A pro-Trump immigrant and Republican congressional candidate who initially came to the U.S. illegally told Fox News she was a ‘Dreamer’ for 16 years and ‘it’s not a good life.’”

‘“I don’t wish that life upon anybody and that’s why I feel the need to speak up now, because the narrative from the left is not portraying that side of the story well,’ Whittney Williams told [the hosts of the show] ‘Fox & Friends.’”

So let me get this right…, “the narrative from the left is not portraying that side of the story well…,” and this is coming from someone who was an illegal immigrant and classified as a “Dreamer.”

The “left,” meaning the democrats and the “biased, liberal propaganda, fake news media,” are being disingenuous, AGAIN, with their portrayal of the situation here for their own benefit.

“Williams arrived in the U.S. at age 10 with her family, which she said came on a tourist visa. She and her family overstayed their visa, living in the U.S. illegally.”

‘“I was basically called a Dreamer,’ Williams, now 37, said while also noting she did not speak English at the time.”

Now this is a true “overcoming the odds,” success story that needs to be trumpeted!

Williams has since married an American, and thus became a legal American citizen.

‘“The DACA and DREAM act didn’t work for me because, even though it was proposed in 2001, nothing was done even though Obama campaigned on passing the DREAM Act in his first term and second term,’ she said. ‘But then nothing was done and so he used an unconstitutional executive order to put DACA in place.’”

Hmmm. That’s odd.  You mean to tell me we have a democrat promising to do things, over and over again, in two elections, and then not getting it done?

Unlike President Trump, who has virtually kept ALL of his campaign promises.

“DACA was created under an executive order in 2012. The program granted illegal immigrants or ‘Dreamers’ who were brought to the United States as children the opportunity to receive a renewable two-year reprieve from deportation and become eligible for a work permit.”

‘“I know that President Trump is trying his best to find a permanent solution for those that are here like me, Dreamers.’”

“Williams is challenging Democrat Rep. Haley Stevens in Michigan’s 11th Congressional District. She says her opponent has a voting record that ‘is not in line with the values of Michiganders because in the Midwest we have different values (than) in California so it doesn’t go well for our constituents.’”

What kind of “different values?!”

Do you mean you don’t want rampant homelessness in your cites?

And are you saying you have something against a “poop patrol?!”

And what about those evil plastic straws?

Well…, you might have a challenge on your hands here, Ms. Williams.  Your constituency is obviously mentally challenged.

But you go girl!

I’ll be keeping an eye on that congressional race.