The democrat party and liberals in general continually like to label conservatives, and President Trump specifically, as racists (anti-people of color), misogynists (anti-women), along with having phobias concerning any other type of personal delineation you can name.

It must be a heavy burden, maintaining this “enlightedness” on a daily basis.

But we all have our crosses to bear.

I would argue that the liberal “enlightedness” of 2019 and 2020 is racist (anti-white) and misandrous (anti-men).

Approximately 70% of the U.S. population is “white,” which equates to roughly 225 million people, with males specifically accounting for about 110 million of those.

On the surface, that would not seem to be a very wise position for the democrats to be coming from.

But being wise, fair, and tolerant is not their current M.O. (“modus operandi,” or “method of operating”).

Why does everything have to be viewed through the spectrum of race, gender, culture and sexual orientation with the left?

Shouldn’t their goal be to just nominate the best person “to be the face of the democrat party in 2020,” regardless of race, gender, culture and sexual orientation?

Dr. Martin Luther King Jr. said, “I have a dream that my four little children will one day live in a nation where they will not be judged by the color of their skin, but by the content of their character.”

I think Dr. King would be disappointed that democrats and liberals were the ones standing in the way of that dream.

The comical thing, however, is that even with all of this “anti-white male” talk flying around the democrat party, their leading candidates right now are all white males!

Remember, however, in liberal land, what you say is more important than what you actually do.

Candidates of a more “preferred” race and/or gender are Kamala Harris, Elizabeth Warren, Amy Klobuchar, Kirsten Gillebrand, Amy Klobuchar and Cory Booker, although they currently trail the four “white devils” by a significant amount in the polls. 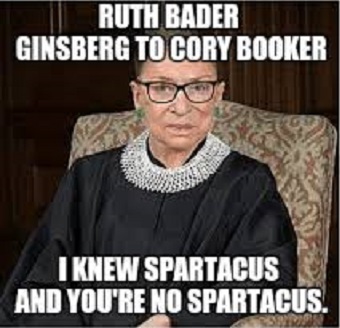 Howard Kurtz for Fox News adds, “… isn’t it also a discriminatory impulse to say perhaps a white male candidate should be denied the nomination on the grounds of race and sex?  Doesn’t that go against what we’ve always heard about wanting a color-blind and gender-neutral society?”

The New York Times article piece says that “Democrats have seen the strong diversity in their field … become somewhat overshadowed by white male candidates.”  The article then asks, “What’s the bigger gamble: to nominate a white man and risk disappointing some of the party’s base, or nominate a minority candidate or a woman who might struggle to carry predominantly white swing states like Wisconsin, Michigan and Pennsylvania that both Barack Obama and President Trump won?”

Hmmm…, so Wisconsin, Michigan and Pennsylvania are considered “white swing states” by the liberals?  Interesting.  So even entire states have a racial determination in their eyes.

Believe me my democrat friends…, there is no “gamble” for you no matter who you nominate.  Who else are the great confused liberal masses going to vote for?

And those “unicorn” voters who identify as “independents” are even more confused than the confused liberal masses.

If any of these “independents” had an IQ higher than that of a jackass, the difference between President Trump and any of these democrat candidates should be readily apparent.  How anyone could be “undecided” going into the 2020 presidential election is beyond me.

There is going to be well over a billion dollars spent on this election, trying to persuade about 1,000 “independent” idiots.

Everyone else is spoken for.

That’s about $1 million a vote by the way…, and they’ll probably end up voting for the Green Party candidate anyway!  Or not bother to vote at all because they still couldn’t make up their mind! 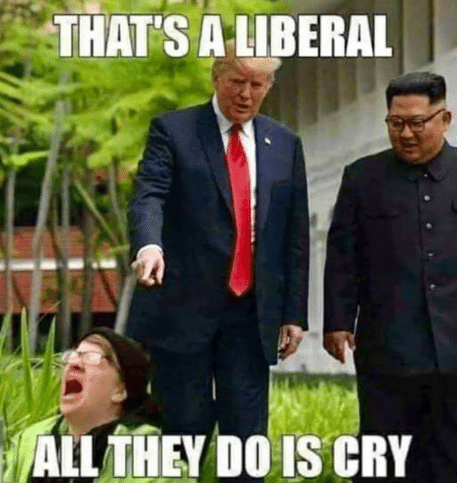