Just like the wizard in “The Wizard of Oz,” the biased mainstream media has been discovered behind the curtain.

We The People now understand that the biased mainstream media and “fake news” pretty much go hand in hand.

President Trump didn’t come up with the term “fake news,” but he sure has made it popular, and has made it his own. He has branded news outlets such as NBC, CBS, ABC, CNN, the New York Times, Washington Post and even the BBC as “fake news.” Those are the main ones, although there are many other sources of “news” that could fall into the “fake news” category.

Fake news can come from a biased choice of topic in general.

Fake news can come from a biased, selective, omission of covering real news.

Fake news can come from a biased agenda, and a corresponding report supported by questionable sources, unidentified sources or no real sources at all.

Fake news can even come from manufactured events, created to support a narrative.

Fake news does not let inconvenient things like the truth and facts get in its way.

Just remember “fake newsers,” just because you don’t report something doesn’t mean it didn’t happen (for example: Hillary and the Uranium One deal, and Donna Brazile’s accusations about Hillary and the DNC, just to name a couple), and listening to yourself say something cannot be considered a reliable source when citing something you have heard.

We The People are on to you now and you can’t put the genie back in the bottle! 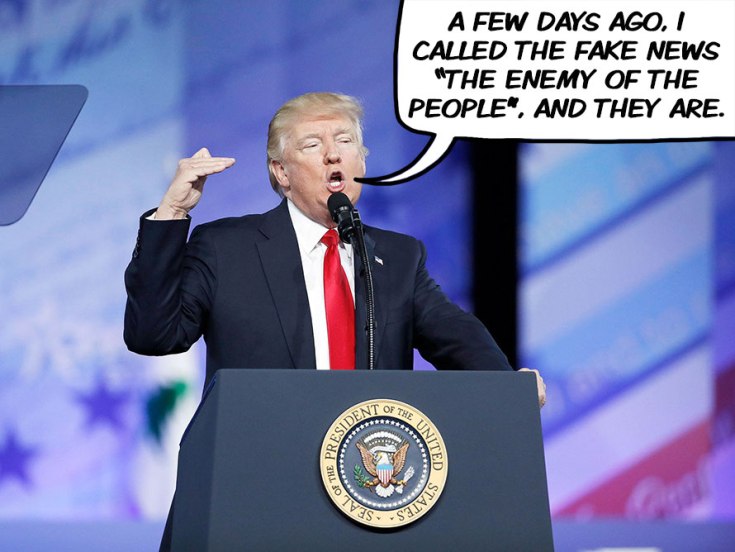