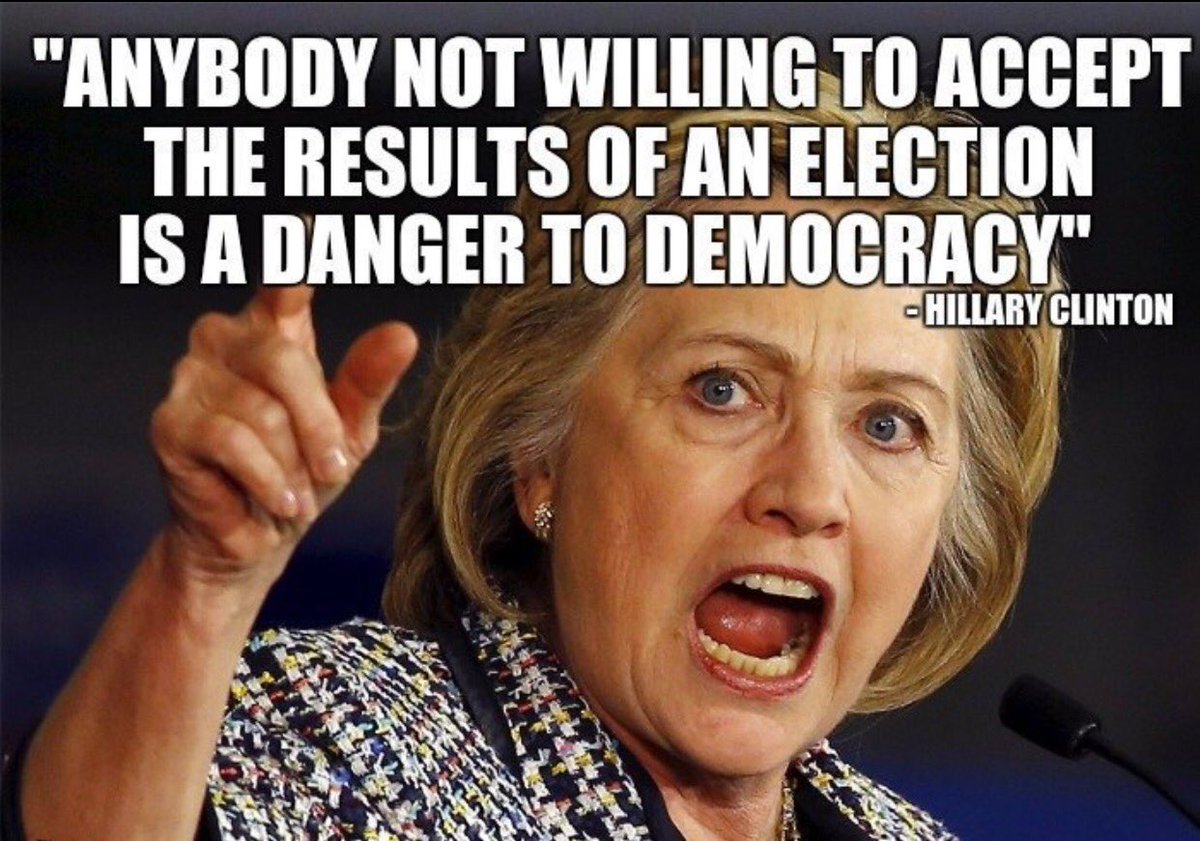 During one of the presidential debates, back in October of 2016, Republican nominee Donald Trump explained that he would “look” at the election results before accepting and conceding the presidency to his opponent. He said this due to concerns about potential voter fraud.

At hearing this, Hillary was soooo offended, and mortified, that Mr. Trump would actually consider questioning the results of the election. Of course, at this point, the biased mainstream media was telling us there was no way Trump could win. “Trump has no path to victory,” was one of their talking points that was repeated on a daily basis.

And here are some of Hillary’s own words in response to Mr. Trump’s honest remarks about his concerns with the election results:

“Failure to accept the election results is a direct threat to our democracy.”

“To say you won’t respect the result of the election, that is a direct threat to our democracy.”

And of course, the biased mainstream media immediately jumped on the “outraged” bandwagon, along with the rest of “the swamp.”

“How dare Donald Trump not accept the election results!”

“Donald Trump is a threat to democracy!”

“Donald Trump must accept the will of the people.”

The very next day the unabashed hypocrisy began.

“Determining a president based on the Electoral College is a sham!”

“Russia interfered with the outcome of our election!”

And for the last year it has been one thing after another, as “the swamp” continues to try to undermine and discredit President Trump.  The rallying cry of the democrats is “RESIST!”

Remember Hillary’s own words, “Failure to accept the election results is a direct threat to our democracy.” That is, unless the liberal candidate loses, I guess.

Yes, “the swamp” is “…a direct threat to our democracy.”

One thought on ““Look, some people are just sore losers.” – Hillary Clinton, prior to losing the election. BINGO!”