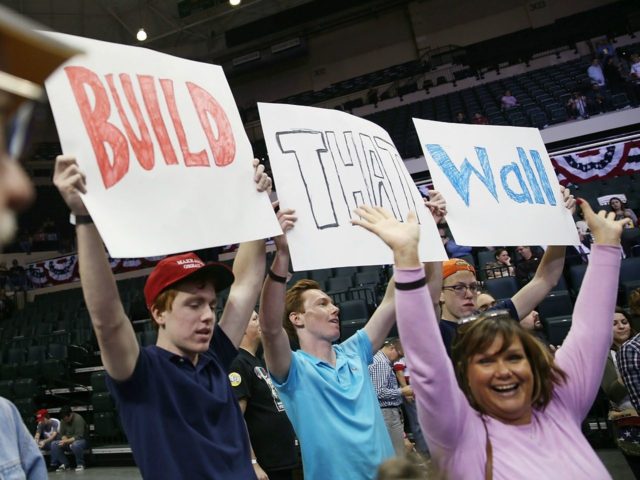 Hey Fake News, hey liberals, hey Congress, we don’t need to take any polls about building a wall on the border with Mexico.

We already took one.

It was called the 2016 Presidential election.

Well, Donald Trump won that election. In fact he did more than just win.  He won it convincingly, and by a large margin.

And if we can’t build a physical wall, then build a human “wall!”

The border with Mexico is approximately 1,200 miles long.

To cover the border around the clock, that would equate to 30,000 agents.

The Border Patrol already has 20,000 agents. (This number surprised me.  I didn’t think we had anywhere near that many agents.)

So that means we’re back to needing 10,000 additional agents.

This would actually be much less than the cost of the wall, which has been estimated anywhere between $28 billion and $128 billion, and probably more effective, while providing all of those jobs.

One way or the other!