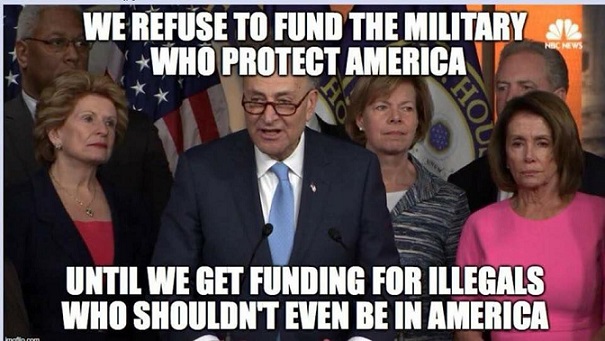 The Trump administration announced it will add a question to the 2020 census (actually putting a question back on the census that had been there for 130 years), asking respondents whether or not they are U.S. citizens.

Why is this important to know? Mainly because the number of representatives in The House of Representatives, for any given state, is determined by the number of people living there, and arguably, those counted in this regard should be legal citizens.

Some argue that everybody should be counted, citizens or not.  The only problem with this is that you could theoretically have an entire area from a sanctuary city, with a representative in Congress, that has no actual legal citizens.

In addition, The Congress has tied federal funding to states based on these numbers as well. (You knew money had to be involved here somewhere, not to mention power!)

Attorney Generals from at least 12 states (Can you guess which ones? I bet you can!) have threatened legal action, regarding returning this question to the census.

I’m sure we’ll be hearing a lot more about this, and many people will be telling us what The Constitution says. Well, here is exactly what the U.S. Constitution actually says:

“Representatives and direct Taxes shall be apportioned among the several States which may be included within this Union, according to their respective Numbers, which shall be determined by adding to the whole Number of free Persons, including those bound to Service for a Term of Years, and excluding Indians not taxed, three fifths of all other Persons. The actual Enumeration shall be made within three Years after the first Meeting of the Congress of the United States, and within every subsequent Term of ten Years, in such Manner as they shall by Law direct. The Number of Representatives shall not exceed one for every thirty Thousand, but each State shall have at Least one Representative…”

It seems pretty clear, with the exception of “the three fifths of all other persons” part. When the authors of The Constitution were drawing this part up, there were disagreements as to what to do regarding the counting of slaves. A compromise was proposed that, “Three-fifths of the number of slaves in any particular state would be added to the total number of free white persons, including bond servants, but not Indians (Does this mean Elizabeth ‘Pocahontas’ Warren doesn’t get counted?), to the estimated number of congressmen each state would send to the House of Representatives.”

I would argue that counting “the whole Number of free Persons” should exclude counting illegal immigrants, as they are not technically free, but operating and existing here outside of the law.

New York Attorney General Eric Schneiderman has said, “A fair and accurate count of all people in America is one of the federal government’s most solemn constitutional obligations.” (Oh, how dramatic, but agreed!) “The Trump Administration’s reckless decision to suddenly abandon nearly 70 years of practice by demanding to know the citizenship status of each resident counted cuts to the heart of this sacred obligation – and will create an environment of fear and distrust in immigrant communities that would make impossible both an accurate Census and the fair distribution of federal tax dollars.” (Disagreed. And again, why do Democrats always seem more concerned about illegal immigrants than the American citizens who they should actually represent?)

I predict, before it’s all said and done, if the Democrats are not successful in having the question removed, you’ll see a big campaign advising our illegal immigrant friends to just check the “U.S. Citizen” box regardless of their legal status. What’s to stop them? They’re already here illegally. Do you think that checking a box when they shouldn’t is going to bother them?

The real question is, why would we expect illegal immigrants to answer the question honestly in the first place?