How do you like being the brunt of racial accusations, criticism and boycotts?

Just as a reminder, Starbucks took a “holier than thou” attitude during the 2016 campaign and openly opposed Donald Trump (because of his supposed racism), while causing friction with customers who were Trump supporters. Now in 2018, it is Starbucks who has mistreated two of its African-American customers, causing an uproar in the African-American community.

The truth is though, nobody, or no company should be held to this type of hyper-critical standard.

The fact is that no one is perfect, and as a result, no company is perfect either. People do unthoughtful and careless things from time to time.  That is just the nature of being human and dealing with other humans on a daily basis.

The problem is that when you put yourself in the role of judge, jury, and executioner, you are setting yourself up for a fall.

In this specific case, we have a good example of karma, or of “what goes around comes around.”

“Don’t judge, so that you won’t be judged. For with whatever judgement you judge, you will be judged; and with whatever measure you measure, it will be measured to you.” – Matthew 7:1-2

“When someone judges you, it isn’t actually about you. It’s about them and their own insecurities, limitations, and needs.” – A wise unknown person

“Don’t judge someone just because they sin differently than you.” – Another wise unknown person

“Give so much time to the improvement of yourself that you have no time to criticize others. – Christian D. Larson

We are all entitled to our opinions, but remember, that is a two-way street. 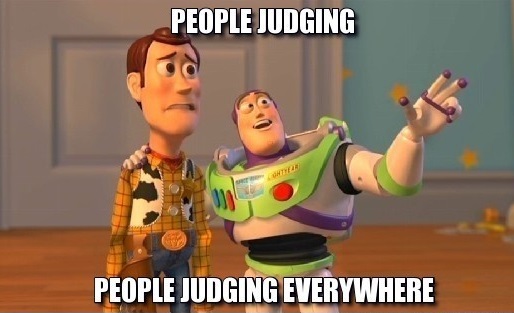