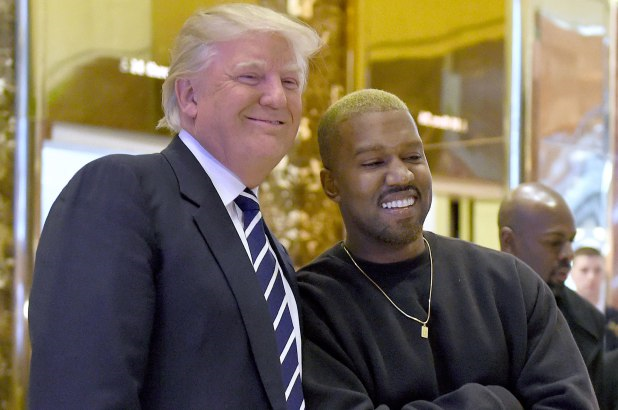 The “mob” in this case is roughly equivalent to “the swamp!”

This whole “liberal hissy fit” started when Kanye West “tweeted” his support for a black conservative commentator, Candace Owens, and it set off liberals, the music world, and celebrities everywhere.

All Kanye said was, “I love the way Candace Owens thinks.”

This was in response to Candace Owens urging African-Americans to think for themselves and to not blindly throw their support behind the Democrat party.

Kanye followed up by saying:

“People demonize people and then they demonize anybody who sees anything positive in someone whose been demonized.” (I’m not sure why, but I think I get what he’s trying to say here!)

“The thought police want to suppress freedom of thought.”

The left was quick to attack Kanye’s support for Owens, accusing him of “turning his back on the black community.”

Then, in a response to those bashing the fact that he visited with then President-Elect Trump and that he supported him, Kanye said, “You don’t have to agree with Trump but the mob can’t make me not love him. We are both dragon energy. He is my brother. I love everyone. I don’t agree with everything anyone does. That’s what makes us individuals. And we have the right to independent thought.”

As a result of Kanye’s outrageous independent thinking, he was of course singled out and made fun of on all of the late night talk shows. I’m sure Kanye will remain on their “hit list” until further notice.

Kanye has remained defiant, however, amid mounting backlash from fans over the rapper’s positive words about President Donald Trump, tweeting a picture of himself wearing a “Make America Great Again” hat and criticizing former President Barack Obama.

“Obama was in office for eight years and nothing in Chicago changed,” Kanye tweeted.

President Trump previously suggested he has done more for racial minorities than Obama ever has, specifically citing the drop of unemployment rates after his first year in office, “African American unemployment is the lowest ever recorded in our country. The Hispanic unemployment rate dropped a full point in the last year and is close to the lowest in recorded history. Dems did nothing for you but get your vote!”

I’m truly encouraged by all of this talk about “independent thought!”

Isn’t it amazing that “independent thought” would be something that is looked down upon and laughed at by our more liberal friends?

Thank you. Thank you very much.