The biased mainstream media, on the other hand, chose to look the other way, again, regarding a federal court filing that exposes an $84 million money-laundering conspiracy Democrats executed during the 2016 presidential election, in violation of federal campaign-finance law.

The “swampy” press does continue, however, to feed the dying Russia collusion conspiracy theory, regurgitating the same, old, tired, Democrat talking points that we’ve heard for the last year.

Suspecting the DNC had exceeded those limits, the Committee to Defend the President began reviewing FEC filings to determine whether there was excessive coordination between the DNC and Clinton. What they discovered was much worse. There was “extensive evidence in the Democrats’ own FEC reports, when coupled with their own public statements that demonstrated massive contributions papered through the state parties, to the DNC, and then directly to Clinton’s campaign, in clear violation of federal campaign-finance law.”

The complaint, and an attached exhibit consisting of nearly 20 pages of Excel spreadsheets, detailed the misconduct and provides concrete evidence supporting the allegations.

The illegality of this scheme isn’t a matter of debate. The Supreme Court made clear in 2014 in McCutcheon v. FEC that this exact scenario would violate the law.

Upon receipt of the complaint, the FEC was required to notify those accused of violating federal law of the charges. Then the commissioners were required to determine whether there was “reason to believe” a violation occurred. Following a finding by four FEC commissioners that there was “reason to believe” a violation has occurred, the FEC must investigate the complaint, but in this case of the DNC and Mrs. Clinton, The FEC declined to follow the law.

(It’s funny how “declining to follow the law” somehow became an option under President Barack Obama.)

So why didn’t the FEC act? Well, for starters, FEC Vice-Chair Ellen L. Weintraub is a democrat, as are most of the commissioners. She is just another “swamp rat” doing her best to run interference for the “queen of the swamp (Hillary),” and her minions (the DNC).

Intelligence, apparently, is not a qualification for a commissionership with the FEC. Choosing to do nothing actually backfired in this case. The controlling statute provides that should the FEC fail to act, “during the 120-day period beginning on the date the complaint is filed,” the aggrieved party “may file a petition with the United States District Court for the District of Columbia.” Basically escalating the whole matter to a higher court.

By proceeding along their chosen path, the FEC has provided the Committee to Defend The President the right to pursue this case against the DNC and Hillary Clinton directly, with all of the tools of discovery that go along with that process, including the ability to subpoena bank accounts, DNC communications, and question party officials and bundlers.

This promises to shine more sunlight on the Clinton and DNC “shenanigans” than the FEC’s behind-closed-doors consideration and investigation. Also, the Clintons and party officials should not be the only ones concerned: Every big-time donor in on the scheme and acting with the requisite intent faces criminal prosecution, as well.

Even though there is an avalanche of evidence regarding campaign-finance criminality here, the biased mainstream media continues to pursue and harass President Trump because of a $130,000 payment his attorney, Michael Cohen, allegedly made to Stormy Daniels, and claims that payment constituted an illegal campaign contribution.

These continuing examples of “selective justice” are a “cancer” growing within our country and its government. If the cancer is allowed to continue to grow, I would recommend learning how to speak Russian and/or Chinese.

Thank you to Margot Cleveland and “The Federalist” for their contributions to this article. 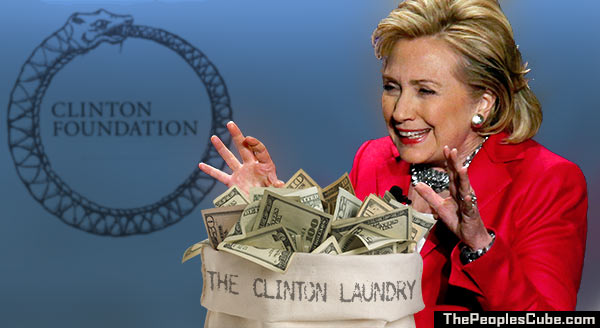