Here they are (in alphabetical order):

Brian’s Song – William Blinn – Taken from the autobiography of Gale Sayers, “I Am Third,” “Brian’s Song” tells the story of two men. One named Gale Sayers, the other Brian Piccolo. They came from different parts of the country. They competed fiercely for the same job. One liked to talk; the other was shy. One was white; the other black. This is the story of how they came to know each other, fight each other, and help each other.  A sad, but uplifting story.

Chariots of the Gods? – Erich von Däniken – Chariots of the Gods presents the possibility of extraterrestrial beings influencing ancient technology. Von Däniken suggests that some ancient structures and artifacts appear to represent higher technological knowledge than is presumed to have existed at the time they existed or were manufactured. Von Däniken maintains that these artifacts were produced either by extraterrestrial visitors or by humans who learned the necessary knowledge from them.  Thought provoking.

Contact – Carl Sagan – A science fiction novel by American scientist Carl Sagan. It deals with the theme of contact between humanity and a more technologically advanced, extraterrestrial life form.  I always liked Carl Sagan, in general, and this is the best of his books, I believe.

Earth Abides – George R. Stewart – A science fiction novel that tells the story of the fall of civilization from a deadly disease and its rebirth. The story was set in the United States in the 1940s in Berkeley, California and told by a character who emerges from isolation in the mountains to find almost everyone dead.  I was always intrigued by the scenario of being one of the last people left on earth for some reason.

Jaws – Peter Benchley – This book tells the story of a great white shark that preys upon a small New England resort town and the voyage of three men who try to kill it.  I read the book before seeing the movie.  The book was much better, as usual.

John Carter of Mars – Edgar Rice Burroughs – John Carter is a veteran of the American Civil War, from Virginia, who is mysteriously transported to Mars.  On Mars, which its natives call Barsoom, Carter encounters both formidable alien creatures resembling the beasts of ancient myth, and other human-like aliens.

Jonathan Livingston Seagull – Richard Bach – This book deals, metaphorically, with the purpose and meaning of life. This book is short, but it makes you think, and it’s thought provoking.

Jurassic Park – Michael Crichton – A science fiction novel, and a cautionary tale about genetic engineering.  It presents the collapse of an amusement park showcasing genetically recreated dinosaurs to illustrate the mathematical concept of chaos theory and its real world implications.  Like “Jaws,” I read the book before seeing the movie.  In this case, however, the movie was as good as the book, I feel.

North Dallas Forty – Peter Gent – A semiautobiographical novel about life as a Dallas Cowboys wide receiver in the late 1960s.

Papillon – Henri Charriere – An autobiographical novel.  Papillon is Charrière’s nickname, deriving from a butterfly tattoo inscribed on his chest. The novel details Papillon’s incarceration and subsequent escape from the French penal colony of French Guiana, and covers a 14-year period between 1931 and 1945.

The Bible – Need I say more?

The Giving Tree – Shel Silverstein – This book is about the relationship between a tree and a boy. The story is a metaphor for life, the things we do for love, and it shows that the more that you have, the more you want, and that possessions do not equate to happiness. Happiness comes from within.  I read this book to all of my students.  It teaches valuable lessons I want these kids to learn.

The Martian Chronicles – Ray Bradbury – A science fiction tale that chronicles the colonization of Mars by humans fleeing from a troubled and eventually atomically devastated Earth, and the conflict between aboriginal Martians and the new colonists.

The Phantom Tollbooth – Norton Juster – A fantasy adventure novel that tells the story of a bored young boy who unexpectedly receives a magic tollbooth one afternoon and, having nothing better to do, drives through it in his toy car, transporting him to the Kingdom of Wisdom, once prosperous but now troubled. In the process, he learns valuable lessons, finding a love of learning.  This is a cleverly conceived book that is fun and makes you think.

The Shack – William P. Young – The title of the book is a metaphor for “the house you build out of your own pain,” the author has explained. It is at “the shack” that Mack learns about the triune God, through which he is able to come to peace about some of the deeper questions that have plagued his life and faith.  This book makes you think about God in different ways and from different perspectives.  It seems to explain some things about God that I find interesting and acceptable.

The Stand – Stephen King – This book is a post-apocalyptic horror/fantasy novel.  It outlines the total breakdown of society after the accidental release of a strain of influenza that had been modified for biological warfare causes an apocalyptic pandemic which kills off the majority of the world’s human population.  The story evolves into the ultimate battle of good vs. evil.  This may be my favorite book, written by probably my favorite author.

One thing I noticed about my favorite books is that none of the authors are women.  I’m not sure if that means anything necessarily, but it is the case nonetheless.  Sorry girls!

I don’t have any stories here that you would call “classics,” with the exception of The Bible.  I do like a fair amount of books and stories that could be deemed “classic,” but they are not what I would consider my favorite books.

The one book here that I think everyone should read is “Be a Perfect Person in Just Three Days!” by Stephen Manes.  The earlier in your life you can read this, the better.

Do you have one favorite book that you think everyone should read?  Let me know.  That list may be another blog for another day! 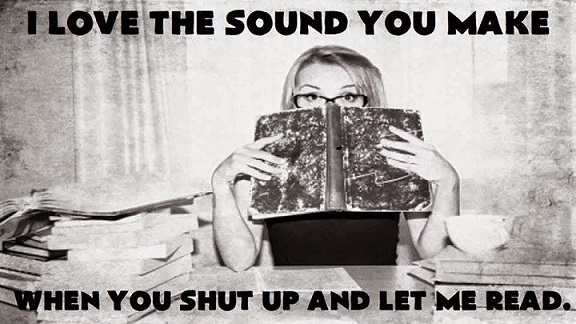