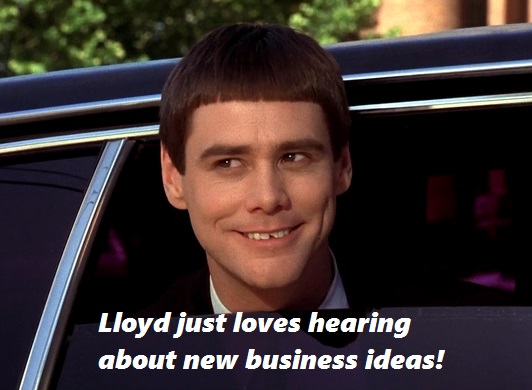 We all get great ideas form time to time, and we may share them, but nothing happens, and then they fade away, and then a couple years later we see someone getting rich off of doing what we had the idea to do.

Well here are some business ideas I’ve had knocking around in my head.  I know I won’t execute these ideas, but at least now I’ll be able to point back to this blog and take some credit for the idea!:

I know all of the Toys R Us stores have closed, and the company has filed for bankruptcy, but I believe there’s still a niche out there for Toys R Us.

I have heard that a group of investors is considering raising Toys R Us from the dead.  If they do, here are my suggestions for them:

The new Toys R Us should consolidate the number of stores, down from the original 800+ stores, to half of that number, or even less.

The new Toys R Us does not need to be open every day.  Besides Christmas time, people primarily shop for birthday presents throughout the year.  I would recommend that stores be open only two weekends a month, January through November, and open from Black Friday through Christmas in December.

The new Toys R Us would only carry toys and entertainment items for kids.  Diapers, clothing, etc. would no longer be sold there.

A new emphasis would be put on the Toys R Us “on-line” store as well. On-line orders would be shipped from the regional stocking centers, consolidating stock orders and saving on shipping costs to the stores and to the on-line customers.

In these ways the company would become “the king” of toys again,  save money on physical locations, save money on labor costs, and turn going to Toys R Us into more of an event rather than just another shopping trip.

Another idea I had was to bring back “full service” at some gas stations.

At some stations it would only be certain designated pumps, while other gas stations could be exclusively “full service.”

So what do I mean by “full service?”

Well, the base level could mean just pumping the gas and accepting payment from you so you don’t have to get out of your car.

The next level up could include cleaning the windows.

Another level up could include checking and filling washer fluid.

Another level up could include getting items from the store inside for you.

I can also envision a NASCAR type pit crew station that runs out to your car and gives it the once over, including all of the other services.   This would be kind of a novelty, but I think people would get a kick out of it.

I believe there is a “high end” niche for everyday items and services, ala Starbucks, mail order food services, dog walking, etc.

Another idea I’ve had is that of incorporating slot machines into assisted living communities and centers.

Most of these places already get together for bingo and other games, so why not take it to the next level?

Unless some laws change in most areas, the residents couldn’t gamble for money, but I’m sure the credits they win could be exchanged for other items and services within the community.

NOTHING, and I mean NOTHING, lights up the spirits of people this age like the excitement offered by a trip to a casino, and this would be the next best thing.

Believe me, there would be long, long waiting lists for people trying to get into these “slot machine friendly” facilities.  They’d be able to charge considerably more on a monthly basis for living there as well.

Another option might be for existing casinos to get into the assisted living business.

Most casinos already have an attached hotel.  How much of a stretch would it be for these casinos to construct attached assisted living facilities?

Talk about a self-sustaining operation and investment!

Lastly, I have an idea for a delivery company.  You could call it “Fetch,” Go Get it!” or something like that.

This service would operate similarly to Uber.

Users would have pre-registered accounts.

Instead of requesting a ride somewhere, customers would request something be picked up or purchased for them and then delivered to them.

Potential “Go-getters” would respond to requests with bids, from which the requestor would select.

The innate laziness of Americans these days would fuel this business.

For example: You’re watching a movie with your girlfriend, your boyfriend or your crew, and someone mentions Taco Bell and everyone is dying to get some, but it’s pouring out and nobody wants to fly.

You get on your “Fetch” app, and request 10 Doritos Locos tacos.

You agree to their bid, you credit card is charged, and in no time you’re enjoying your tacos and finishing up your movie.

This service would also come in handy when you’re having a party, you can’t leave, but you’re running out of ice, beer, etc.

What if you show up at your in-laws, but forget it was you mother-in-law’s birthday!?  No problem.  Call “Fetch” and have some flowers brought over!

These are just four business ideas I’ve had.  Please feel free to make them your reality if you can!  I really like these ideas, but I would never have the resources, or the capacity to put them in motion myself.

Stay tuned for more amazing ideas in the near future!