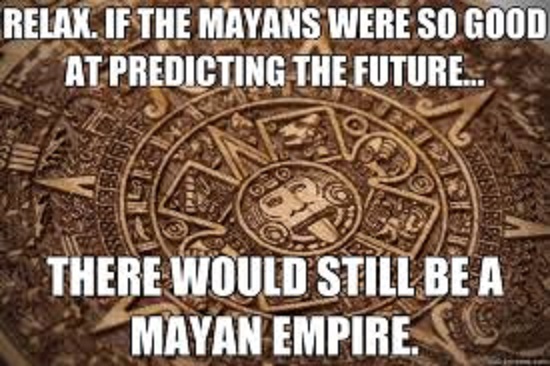 I’ve been seeing more and more of these “doom and gloom” business “experts,” financial “experts,” and economic “experts” calling for an economic slowdown in 2019, and even a recession in some cases!

The backgrounds of these “doom and gloomers” is across the board, so their motivations for these predictions are all different as well.

“Experts” from the “biased, liberal, fake news media” are of course trying to set-up a self-fulfilling prophecy for their own political benefit; the country be damned.

Some “experts” are just trying to be contrarian in order to stand out.

Some “experts” are just plain confused, and they are over-analyzing the economy in general.

And some “experts” really aren’t experts at all, and they’re just wrong.

Just to name a few, we’ve got Henry Fernandez of Fox Business News claiming, “The US economy will likely fall into a recession next year.”

We’ve got, Charles Schwab’s, Liz Ann Sonders, claiming, “The U.S. economy will likely fall into a recession next year.”

Kevin Kelleher of FORTUNE reminds us that, “2018 has been a banner year for economic growth,” (thank you for stating the obvious Kevin) but that “according to many economists,” “2019 will bring an economic slowdown with a recession possible in 2020.”

Benjamin Fearnow (aptly named) of Newsweek (“Weak News”) says, “CFOs predict 2019 recession, majority expect pre-2020 market crash!”  Mr. Fearnow goes on to say that, “An overwhelming majority of U.S. chief financial officers say the economy will sink into a recession by the end of President Donald Trump’s first term in 2020, and about half say it will happen next year.”

Wow!  So in this case, we’ve doubled down and are going “all in” on an actual “market collapse!” I’d like to see a list of these CFOs that gave their input on this.  I’m not so sure that CFOs (Chief Financial Officers) are the right ones to be getting this information from in the first place.  CFOs typically don’t make company policy, they bookkeep it.

“The end is near for the near-decade-long burst of global economic growth,” said John Graham, a finance professor at Duke University’s Fuqua School of Business and director of the survey, in a statement. “The U.S. outlook has declined; moreover, the outlook is even worse in many other parts of the world, which will lead to softer demand for U.S. goods.”

The “decade-long burst of global economic growth” referred to here was at the expense of The United States I’m afraid, Mr. Graham, and we weren’t an economic recipient of “that” growth, we subsidized it.

Economist Peter Schiff said that “We won’t be able to call it a recession, it’s going to be worse than the Great Depression…, the U.S. economy is in so much worse shape than it was a decade ago.”

“Worse than the Great Depression?!”  Really Mr. Schiff?  You aren’t any relation to democrat congressman Adam Schiff are you?  Because if you were, that would explain your propensity for the absurd.

“Bloomberg” economics writer, Jeanna Smialek’s chose to go with the headline, “JPMorgan, Bank of America Detect Hints of a U.S. Recession Looming in 2019,” even though her article points out, “Wall Street’s biggest banks are scouring U.S. data for signals of an impending recession.  On balance, they’ve been finding that a 2019 downturn still isn’t likely…”

Ms. Smialek would seem fall into the “Experts from the “biased, liberal, fake news media,” who are trying to set-up a self-fulfilling prophecy for their own political agenda; the country be damned” group.

The resident “experts” on CNN, CNBC, and MSNBC have all, of course, chimed in with their predictions of demise regarding anything Trump related.

This list could go on, but you get the idea I’m sure.

Now, I, admittedly am no economics expert, but I have two eyes, a relatively functional brain, and some common sense.

But first, a little historical perspective.

The economy started to improve immediately in December of 2016 and into 2017 after President Trump was elected, and that was just based on the expectations of the impact of his actions.

The President’s only real actions in 2017 had to do with the reduction of regulations and the signing into law of The Trump tax cut and tax reform plan.  The new law would not begin to offer any real benefits to people or to companies until 2018.

In 2018 individuals were able to keep a little more of their own money due to tax cuts, and business were more easily able to invest their own money in improvements and expansion with drastically reduced capital gains tax penalties.

So in all reality, the United States economy is really only showing the benefits of the new tax laws and some reworked trade policies for about the last six months.

MrEricksonRules is predicting that 2019 will be an excellent year, economically, for The United States!

2019 will be the year that people see the real benefit of the new tax cuts law.  Families across the country will pay thousands less in taxes and/or get thousands more back.  This can only help stimulate the economy even more in the second and third quarters of 2019.

Although many of these “experts” see President Trumps “tariff wars” as economic negatives, I can only see them being a positive thing for our economy.  I see businesses across the board beginning to reap the benefits of the new USAMC trade agreement with Mexico and Canada, and the same goes especially for the new agreements with China.

Also, as part of the Tax Cuts and Jobs Act of 2017, and a recent directing Executive Order, President Trump is encouraging long-term investments in low-income urban and rural communities nationwide. The Opportunity Zones program provides a tax incentive for investors, which should also help to stimulate the economy in whole new areas.  It also directs government entities to prioritize these zones for expenditures as well.

2019 will also see record revenues for the federal government, due to the booming economy and the increase in the number of taxpayers overall.  These revenues may help us to avoid increasing the federal deficit and possibly even work on bringing the deficit down.  At this point I would settle for just a slowing of the amount we owe.

So, based on my “expertise,” I would tend to disagree with most of these so-called “experts.”

I would go as far to say that 2020 will just build off of 2019, and that President Trump will be running for re-election having orchestrated the most impressive economic turn around and economic run since Ronald Reagan in the early 80’s.

Larry Kudlow, who is serving as president of the National Economic Council under President Trump, seems to agree with me, when he says,  “In my personal view, our administration’s view, recession is so far in the distance I can’t see it,” Kudlow said. “The basic economy has reawakened and it’s gonna stay there…, I mean, I’m reading some of the weirdest stuff, how a recession is around the corner.  It’s nonsense.”

I think The President would second that notion as well.

Regarding the Stock Market, I believe there is still a lot of value to be had there.  I feel the Market remains undervalued at this point.

Paul Dietrich of FOX Business feels the same way I do.  He goes on to say, “There seems to be a new “fear of the day” knocking down the stock market.  Chinese trade talks, Brexit, government shutdowns, Fed rate hikes, inverted yield curves or Trump’s tweets all seem to be culprits in this conspiracy to drive down the stock market.  None of these issues have any significant impact on the underlying U.S. economy.”

Overall, The Market will continue to bounce up and down, but also maintain its positive general momentum.

If any of the media outlets want to contact me at some point regarding business and economic prospectives, you can do so via the “contact” feature on my blog website.