President Trump, with Dr. Martin Luther King’s niece, Alveda King, by his side, and surrounded by a diverse and bipartisan group of Senators and Representatives, signed a BIPARTISAN criminal justice overhaul bill in the Oval Office on Friday, December 21, 2018.

Did I just say “bipartisan?”

Yes I did, and President Trump just continues to WIN for the Black community and some of the less fortunate communities and citizens in our country.

First it, in the recent tax cut bill, which supposedly “helped only our billionaire friends,” money was set aside for an extensive community development program which established “opportunity zones” where investment is encouraged and rewarded in these economically distressed areas.  (Please see my prior blog on President Trump’s executive order regarding these “opportunity zones.”)

And now an overhauling of the criminal justice system, called “The First Step Act.”

Can you imagine what President Trump could accomplish if he wasn’t such a “racist and a culturally insensitive monster” according to the “biased, liberal, fake news media?”

The House overwhelmingly passed the bill Thursday night, 358 to 36.  Two days earlier, The Senate voted in favor of the Bill 87-12.

Those votes represent a level of bipartisanship that isn’t seen very often, especially these days.

President Trump and his son-in-law, senior adviser Jared Kushner, along with his daughter Ivanka, lobbied hard for the bill, named the “First Step Act.”

“America is the greatest Country in the world and my job is to fight for ALL citizens, even those who have made mistakes,” The President tweeted moments after the vote.

“This will keep our communities safer, and provide hope and a second chance, to those who earn it.  In addition to everything else, billions of dollars will be saved.  I look forward to signing this into law!” President Trump added.

CNN reported that, “The legislation is aimed at easing sentences for nonviolent offenders, reducing the number of repeat offenders and increasing prisoner rehabilitation efforts.”

President Trump called the passage of the bill “an incredible success for our country.”

And they were “all” against it [the bill] to begin with.  At least each other’s version of it.  But President Trump isn’t your average “cookie cutter” conservative.  He isn’t your average “republican” either.  He’s an American first, and he wants what’s best for Americans, and he doesn’t care which party gets behind and supports his efforts, as long as they are supported and acted on.

The vote, in fact, was also hailed by Democrats.  Sen. Cory Booker, D-N.J., said, “The nation’s prisons are full of Americans who are struggling with mental illness and addiction, and who are overwhelmingly poor.  “The nation’s criminal justice system feeds on certain communities and not on others,” and said “the bill represents a step toward healing for those communities.”

“Let’s make no mistake, this legislation, which is one small step, will affect thousands and thousands of lives,” Senator Booker said.

The bill makes the process of getting a job and re-entering society again fairer and easier, for people who have done their time.

CNN added that, “The passage of the bill culminates years of negotiations and gives President Trump a signature policy victory, with the outcome hailed by scores of conservative and liberal advocacy groups alike.”

During the signing ceremony, President Trump actually thanked Chuck Schumer and Nancy Pelosi, as well, for their support.  I think this goes to show that President Trump doesn’t take a lot of these things that are thrown at him personally.  It’s just business to him, and getting results is all that matters. 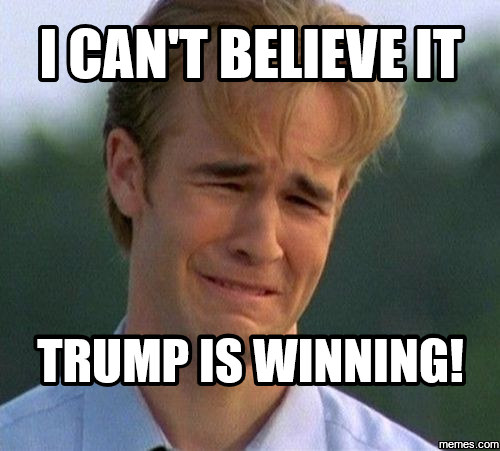 One thought on “WINNING!  President Trump does it again!”