According to Stephen Sorace of Fox News, “A now-retired agent of the U.S. Drug Enforcement Agency wants to see Sean Penn ‘in jail’ for putting lives at risk when the actor interviewed notorious drug lord Joaquin “El Chapo” (Mexican slang for “Shorty”) Guzman for Rolling Stone [Magazine] in 2015.”

“Oh, my God! If I could get my hands on Sean Penn!” Riley, a former top agent with the DEA, told the Post. “The people he put at risk because of that stunt.  He should be in jail.”

“The Marines put the mission on hold so they wouldn’t risk putting the celebrities in danger, according to the paper.  But doing so cost authorities the element of surprise and allowed the drug kingpin to escape.”

“Riley tried to get Penn and del Castillo prosecuted for obstruction, but DEA and Justice Department officials didn’t pursue charges because the actor was protected by serving as a journalist, according to the Post.”

I’m pretty sure that being loud mouthed liberals didn’t hurt their cause either.  I’m willing to bet that if it had been Sean Hannity or Rush Limbaugh the “inJustice Department” would have taken a different stance.  Just sayin’.

“El Chapo” was finally arrested in 2016.  He faces multiple drug and murder conspiracy charges that could put him in prison for life if he’s convicted.

When are some actors, actresses and entertainers in general going to stop mistaking what they have to say as important, informative or even relevant?

So, Sean Penn stayed at a Holiday Inn Express, and then he thought he was a journalist and could interview “El Chapo?!”

I believe it’s either one of two things:

Either, at a certain point these divas come to realize how unimportant their “accomplishments” are and they attempt to compensate for that, or, their fame gives them a false sense of importance and relevance.

In Sean’s case, I feel it would be option number two.

Mr. Penn has since expressed regret that his exclusive Rolling Stone interview with Guzmán had not achieved its true purpose…, to start a conversation about the war on drugs.

What?  Excuse me Sean, but you are soooo full of crap.

“We’re going to put all our focus, all our energy, all our billions of dollars on the ‘bad guy’, and what happens?” Penn said. “You get another death the next day, the same way.”

That’s right Sean.  So tell me again how you think a wall on our southern border is immoral.  Tell me again how a barrier of some sort will not help us to curtail the flow of illegal drugs into our country.

“Let’s go to the big picture of what we all want,” Penn continued. “We all want this drug problem to stop. We all want them, the killings in Chicago, to stop.

Some of us just like to talk a good game, but then we support sanctuary cities for people who have come into our country illegally.

Some of us just like to talk a good game, but then we support the dissolution of our Immigration and Customs Enforcement (ICE) agency.  The exact agency that deals with illegal immigrants and illegal drugs that flow into our country.

Some of us just like to talk a good game, but then pretend that a wall or physical barrier will be ineffective on our southern border, even though we know better.

You’re good at talking a good game, Sean.  We get it.  You’re an actor.

But how about just staying out of the way when some people are actually trying to make a positive difference.  That’s the least you could do.

So again, I believe actor Sean Penn should be in jail, or at the very least just shut his mouth and stick to playing someone who knows what they’re doing.

Oh, and just in case you’re interested, our friend Sean Penn is currently in Turkey working on a documentary about the death of his fellow “journalist,” the Saudi Arabian dissident, author, columnist for The Washington Post, and general manager and editor-in-chief of Al-Arab News Channel, Jamal Khashoggi, who was apparently assassinated at the Saudi Arabian consulate in Istanbul, Turkey, in October of 2018 by agents of the Saudi government.

Be still my heart! 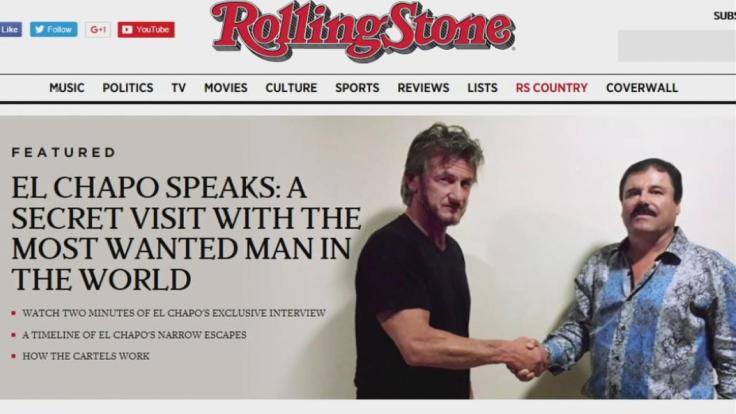