Here’s another episode of my own, personal, “Believe it or not!”

The word “Pennsylvania” is misspelled on the Liberty Bell.  It’s true!

There’s a town in Washington with treetop bridges made specifically to help squirrels cross the street.

In 1872, Russia sold Alaska to the Unites States for about 2 cents per acre.  They just wouldn’t take the “beads” deal like we gave to the Indians for Manhattan!

There’s an island full of wild monkeys off the coast of South Carolina called Morgan Island, and it’s not open to humans.  I predict someone will soon die there trying to take a “selfie” with the locals.

Airlines sell all their unclaimed baggage to a store in Scottsboro, Alabama, that resells everything.  How’d they ever get that contract!?

Oregon’s Crater Lake is deep enough to cover six Statues of Liberty stacked on top of each other.

The Empire State building has its own zip code.

At 46 letters, Massachusetts’s Lake Chargoggagoggmanchauggagoggchaubunagungamaugg has the longest place name in the U.S.  How do you fit that name on an envelope!?

A highway in Lancaster, California plays the “William Tell Overture” as you drive over it, thanks to some well-placed grooves in the road.

You can visit the “future birthplace” of Star Trek’s Captain Kirk in Riverside, Iowa. (March 22, 2228) 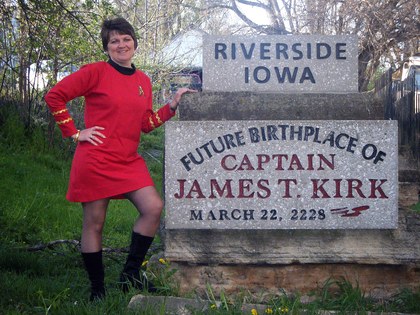 Your cell phone has more (way more) computing power than NASA used for the moon landing.

He did, however, write State Farm’s “Like a good neighbor, State Farm is there” jingle and the “I am stuck on Band-Aids, ‘cause Band-Aid’s stuck on me” jingle.

There’s a village in southern Norway actually named “Hell.” And yes…, it freezes over every winter! 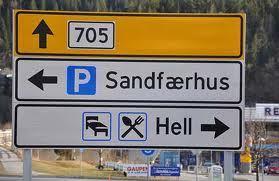 In the mid-1908’s, Fergie, of the Black-Eyed Peas musical group, was the voice of Charlie Brown’s sister Sally.

Fredric Baur invented the “Pringles can.”  When he passed away in 2008, his ashes were buried in one.  Do you think it was an “Original,” “French Onion,” “Barbecue” or some other flavor can?  This is the kind of stuff I think of!

Did you know that the democrats and “the biased, liberal propaganda, fake news media” are currently orchestrating the modern version of “the fall of the Roman Empire” right here in the United States!  It’s true!