According to Adam Shaw for Fox News, “House Oversight Committee Chairman Elijah Cummings’ wife reportedly paid her for-profit organization with money from her separate charity as part of a cost-sharing arrangement, a revelation that is adding to mounting ethical questions surrounding her financial dealings.” 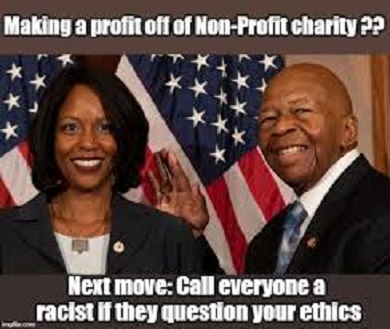 There is a related article by Brooke Singman, of Fox News, which is titled, “Cummings fights ‘baseless’ allegations against wife’s non-profit agency.”

Have we EVER seen a title like that on an article about President Trump?

A title that would go like, “President Trump fights ‘baseless’ allegations against himself and his family?”

President Trump does not enjoy the same presumption of innocence like Representative Cummings or his wife it seems.

How stupid of me!  Of course, President Trump is a republican and Cummings is a democrat.  What was I thinking?

President Trump represents and fights for the American people, while Cummings and his wife are card carrying members of “the swamp!”

Cummings and his wife also enjoy the protection of the “biased, liberal propaganda, fake news media.”  Although being black, their level of protection is not quite as comprehensive as, let’s say, a Nancy Pelosi or a Jerrold Nadler.

“The documents outline a cost-sharing agreement by which the center shares ‘equipment, facilities, personnel costs and sundry other services.’ But the center also pays GPS 5 percent of the center’s expenses for ‘managing its programs and operations.’”

‘“It’s taking the charity’s resources and turning them into personal profits,’ National Legal and Policy Center (NLPC) investigator Tom Anderson told the Caller. ‘IRS law doesn’t allow a charity for this purpose. This isn’t for the public interest, this is for her personal interest. You can’t do that.’”

Other nonprofit experts warned that the 5 percent fee was a red flag, particularly considering Rep. Cummings’ regulatory authority over business interests that fund the CGPS.

“That connection could be made,” Charity Watch President Daniel Borochoff told the Caller. “All the more reason to get rid of that 5 percent arrangement.”

This isn’t the first set of questions to be raised about the relationship between Cummings’ organizations. The NPLC alleged in a filing to the IRS last month that GPS and CGPS overlapped to derive “illegal private benefit.”

“According to The Washington Examiner, which first reported on that complaint, the nonprofit CGPS received over $6.2 million in grants between 2013 and 2016. The report claims the nonprofit’s financial backers included Google, J.P. Morgan and Prudential, all of which had business interests before the House Oversight Committee, chaired by Cummings, and could pose a conflict of interest.”

The very companies that have issues pending before the House Oversight Committee, which just so happens to be chaired by Elijah Cummings, are the same companies who made generous donations to his wife’s “nonprofit” organization.

Wow!  What a coincidence!

It couldn’t be anything but just sheer coincidence could it? 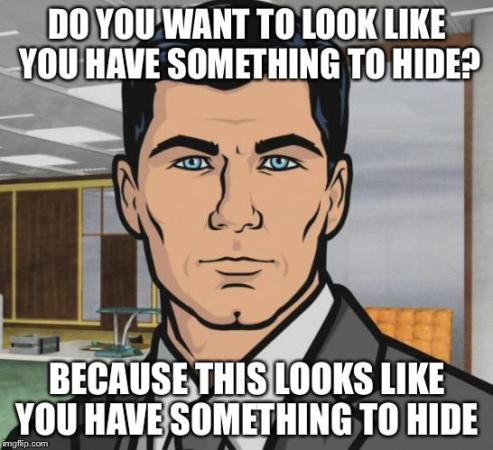 And, of course…, in a statement to Fox News, Congressman Cummings blasted the report as “baseless” and “partisan.”

‘“These baseless claims come from a group funded by right-wing mega-donors known for their political hit jobs,’ Cummings said. ‘I am confident that they will be exposed for what they really are, a fabricated distraction from the important work being done on behalf of Americans, such as lowering the skyrocketing prices of prescription drugs.’” 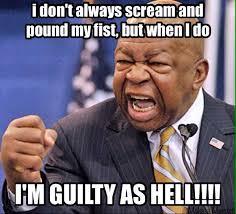 Ahhh…, so it’s a “hit job” by the ever present “right-wing mega-donors.”  Do you mean someone like George Soros, only on the conservative side as opposed to the socialist/liberal side?

I noticed that Mr. Elijah Cummings didn’t deny the claims…, he just attacks the claimers.

I’m not confident, but I am hoping that Cummings and his wife are exposed for what they are…, cheaters and liberals who feel they are above the law.

Rockeymoore Cummings, in a statement to The Washington Post last month, blasted both the Examiner report and the complaint as a “hit piece.”

“It appears a conservative front group and a news outlet . . . are pushing a hit piece filled with faulty research, lies and innuendo in an attempt to tarnish my personal reputation, professional work and public service as well as that of my spouse,” Rockeymoore Cummings said in a statement to the Post, calling the effort a “distasteful attempt to intimidate my family into silence at such a pivotal moment in our nation’s history.”

Oooooh…, ahhhhh…, “a pivotal moment in our nation’s history!”

What is she talking about?

And you don’t have any personal reputation worth tarnishing by the way, Mrs. Maya Rockeymoore Cummings.

Let’s tell it like it is…, you’re just political climber who glommed onto a well-known politician who is old enough to be your father.

And now…, on top of that, you’re not smart enough to keep your sugar daddy, or yourself, out of hot water.

Don’t worry…, I’m sure it’ll turn out okay for you.

In your case, playing stupid won’t be that much of a stretch. 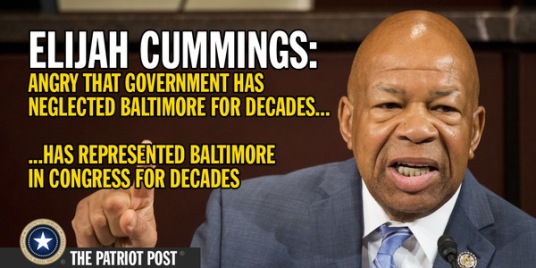