Who is this Benedict Arnold and why is he still employed?!

“A source familiar with the matter told Fox News that when the operation was in its planning phase two weeks ago, McAleenan ordered ICE Acting Director Mark Morgan to call off the deportation operation that was expected to target 2,000 families in up to 10 cities across the country. President Trump, however, ordered that Morgan continue as planned.”

If this is true…, Kevin McAleenan should at the very least be fired, along with being charged with reckless endangerment of the lives of the men and women who are to execute these raids on illegal immigrants who had already been ordered to leave the United States. It is anyone’s right to disagree with any given operation, but it IS NOT anyone’s right to intentionally sabotage an authorized operation and place people’s lives at risk! 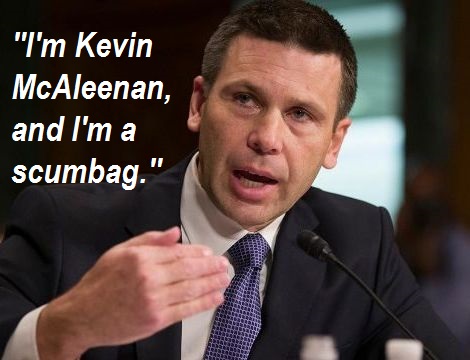 What is wrong with these people!

In the military, disobeying a direct order, especially from The Commander in Chief, would get you a court martial.

This is just another example of an unelected, deep state, “swamp monster” deciding to take matters in their own hands against the administration’s wishes.

I’m sure former President Obama is finding the whole thing quite entertaining, as these holdover traitors from his administration continually cause these types of self-inflicted embarrassments for the Trump administration.

It’s a shame, but it really can be avoided either.  You just can’t fire thousands and thousands of people from all of these different departments. The problem is that Washington D.C. is infested with liberals, and therein lies the problem. That’s “the swamp.”

Also…, saying that 2,000 “families” are being targeted is misinformation being used as a way of ginning up some level of sympathy for these individuals…, and that’s what they are…, individuals.  We have no way of knowing what their “family” situation may or may not be.

Singman added that, “On Friday, The Washington Post published a story with explicit details of the planned raids, citing U.S. officials familiar with the operation. The story, written by Post immigration reporter Nick Miroff, said the raids would take place before dawn, in major cities including Houston, Chicago, Miami and Los Angeles. Miroff also reported that the planned raids would begin on Sunday.”

And everyone at the Washington Post thought this was a good idea as well?

Do you think The Washington Post would have printed the plans for D-Day if they could have gotten their hands on them?

Tom Homan, the former head of ICE, stated, ‘“You’ve got the acting secretary of Homeland Security resisting what ICE is trying to do,’ Homan said. ‘He does not support this operation, and I tell you what, if that’s his position, then he’s on the wrong side of this issue.’”

And that, I would say is putting it mildly.

‘“To have somebody within DHS leak this information that would have put the general public, as well as our officers in danger—that is one of the most egregious leaks I have ever seen in my life,’ the source told Fox News, noting that ‘you can’t go forward with an operation once everyone knows the time, the place, the details. ICE officers and other law enforcement would have been put directly in harm’s way.’”

“Sources also told The Washington Examiner that McAleenan was behind the leak.”

If Kevin McAleenan was behind the leak, I would suggest to him that he not turn his back to any ICE agents if he happens to be out in the field for any reason.

The President has since announced that the plan would be delayed for two weeks to give congressional Democrats and Republicans time to come to a bipartisan solution on the border crisis. Trump warned though that if an agreement could not be reached, deportations would begin.

“The change of plans came after [President] Trump, earlier in the week, said that ICE would ‘begin the process of removing millions of illegal aliens who have illicitly found their way into the United States.’” 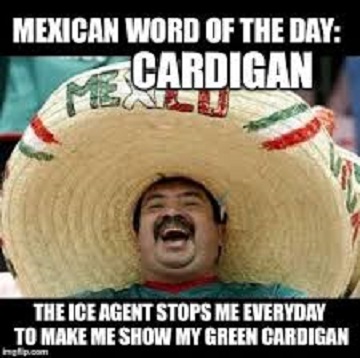 Delaying the raids by two weeks was a good call Mr. President.  Not only does it put the onus back on Congress…, but it allows the administration time re-plan the raids, with an emphasis on keeping sensitive information away from these saboteurs and rats.

“DemoRATS” to be specific!

One thought on “What?!  The head of the Department of Homeland Security leaked information about their own planned raids?!”