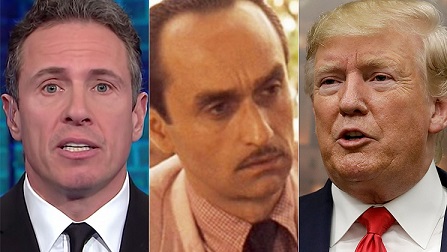 According to Brian Flood of Fox News, “CNN host Chris Cuomo doesn’t appreciate being nicknamed ‘Fredo,’ but has no problem labeling the president ‘Dirty Donald.’”

‘“Cuomo Prime Time’ on [a] Friday [last month] concluded with a segment in which the on-screen graphic referred to the president as ‘#DirtyDonald’ and the namesake host encouraged the moniker to trend on social media.”

Of course!  Isn’t that the liberal way?  Do unto others but don’t do unto me?

I’m not sure why I’m even bothering to comment on this, since I’ve never actually watched Cuomo’s show, nor has anyone else apparently.   It just seemed funny to me…, so here we go!

“Media Research Center analyst Ryan Foley wrote that the use of the nickname makes the CNN host ‘indistinguishable from a Democrat activist.’ The CNN host is the younger brother of Andrew Cuomo, the Democratic governor of New York, and was caught on video threatening a man earlier this year who called him ‘Fredo.’”

“President Trump has mocked CNN’s Chris Cuomo by comparing him to ‘Fredo’ from ‘The Godfather.’”

‘“Cuomo is now officially playing the game that we’ve seen the left play since Trump won the Republican nomination in 2016, where if a joke or joke nickname I made about them, they scream that it’s the end of world… but when they do it, it’s perfectly alright,’ Young said.”

‘“Fredo’ is a reference to Fredo Corleone, the weak and facile brother in the movie ‘The Godfather,’ who was played by John Cazale. The confrontation, which took place at a bar on New York’s Shelter Island, went viral when a man taunted him with the nickname.”

‘“I thought that was who you were,’ the man said.”

‘“No, punk-ass b—-es from the right call me “Fredo.” My name is Chris Cuomo. I’m an anchor on CNN,’ a heated Cuomo responded. ‘“Fredo’ was from ‘The Godfather.’ He was a weak brother and they use that as an Italian slur — are any of you Italian?… It’s a f—ing insult to your people. It’s an insult to your f—kin’ people. It’s like the N-word for us. Is that a cool f—ing thing?’”

No, Mr. Cuomo, it’s not an Italian slur…, it’s a personal slur directed directly at you. You’re the weak wuss of a younger brother just like Fredo.  Being Italian has nothing to do with it.

“After the man sarcastically told him, ‘You’re a much more reasonable guy in person than you seem to be on television,’ Cuomo reacted, ‘If you want to play, we’ll f—ing play.’”

‘“If you’ve got something to say about what I do on television, then say it, but you don’t have to call me a f—in’ insult,’ Cuomo continued.” 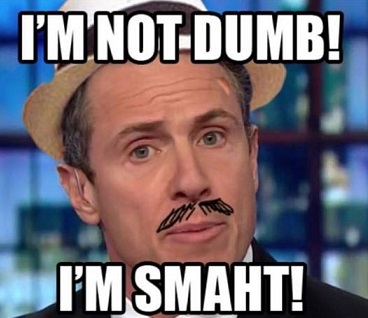 Can I suggest you put your “big boy” pants on and chill, Chris?

‘“Hey man, listen, I don’t want any problems,’ the man, who appears to be holding the camera from below, told Cuomo.”

Just like on TV, you’re big on words, but obviously light on action.  All of the people in the bar were probably a bigger audience than you usually get as well.

“The video ended with multiple people attempting to separate the two men.”

Ha!  Ya…, I can see Cuomo now, acting like he didn’t want anyone holding him back!

“President Trump mocked the video, tweeting that he ‘thought Chris was Fredo also.’” 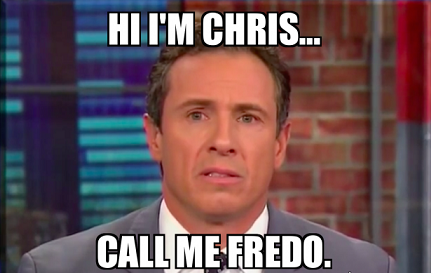