I find it funny that we have “swamp rats” out there, running around, trying to portray President Trump as part of “the swamp.”

They are absolutely shameless.

Please, think about it.

Here we have lifelong Washington bureaucrats, lifelong establishment politicians and their mindless propagandists trying to insinuate that President Trump represents “the swamp.”

President Trump, who was not even a politician until 2016?!

Does that sound like someone who is a “swamp rat?”

Does that sound like someone who “the swamp” supports?

The answer is NO and NO.

What we have here is just another example of the old Nazi propaganda strategy of accusing your opponents of that which you are doing, or identifying them as you should be identified. 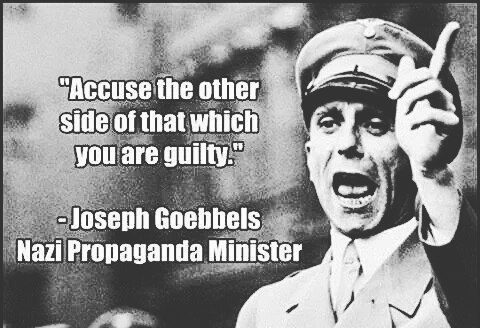 What is our latest example of “the swamp” rearing its ugly head?

According to Joshua Nelson for Fox News, “White House Press Secretary Stephanie Grisham said on Tuesday that calls for the resignation of Attorney General [AG] William Barr from former Justice Department employees are not ‘surprising’ given the constant opposition to President Trump’s agenda.”

‘“It’s been proven time and time again. There are obstructionists all across this government who are working against the president,’ Grisham told, ‘Fox & Friends.’”

There’s no question about that, Stephanie.

“Grisham’s comments came after more than 1,100 former Justice Department employees signed an online petition urging Barr to resign and praising the four prosecutors who withdrew from the case of former Trump adviser Roger Stone after what they perceived as interference from the White House, Politico reported.”

And how do you communicate or get communication from “over 1,100 former Justice Department employees” in a matter of days?

Why, you just access your friendly “swamp” database…, shoot out a couple emails…, and shazam…, you’ve got an on-line petition urging AG Barr to resign for no defensible reason at all.

‘“It didn’t surprise me. A lot of those [petitioners] are career [employees]. There are many people who hailed AG Barr when we first appointed him and he’s been doing a great job,’ Grisham said.”

“Signatures for the petition include recent Justice Department employees and some dating back to the Eisenhower and Kennedy administrations, according to the news outlet. The signatures were gathered by Protect Democracy, a nonprofit legal group that had also gathered signatures for a letter claiming Special Counsel Robert Mueller’s Russia report presented enough evidence to charge Trump with obstruction of justice.”

The Protect Democracy Group obviously has access to that “swampy” database.

From “Protect Democracy’s own website: “Our democracy is facing threats we haven’t seen in generations. Protect Democracy is a nonpartisan, nonprofit organization dedicated to fighting attacks, from at home and abroad, on our right to free, fair, and fully informed self-government. Together, armed with our Constitution and the rule of law, we can fight back and protect our democracy from those who would do it harm.”

If you dig a little deeper you’ll find that “Protect Democracy” is so far from “nonpartisan” that it isn’t funny.  Their statement is just a ruse to allow them to enjoy a tax-free status.

We really need to do away with this tax-free status for political groups…, but that is a different topic for another day.

In reality, “Protect Democracy” is just another anti-America, anti-Trump, pro-democrat, pro-socialism, group, used by the left to spread its poisonous propaganda.

‘“The president has made clear his position on many different cases but he leaves AG Barr to do his work. He’s made it clear that the two things are separate but the president will always, always tell the American people what his opinion is,’ Grisham said, adding she has heard nothing about Barr potentially stepping down.”

“Grisham said that it is just another example of the ‘constant barrage of corruption that goes against the president.’”

Yes, folks…, “the swamp” wants AG Barr to resign because of his egregious capitulations with The President, which really don’t amount to anything at all when compared to President Obama’s Attorneys General, Eric Holder and Loretta Lynch.

David Keene of The Washington Times wrote, “President Barack Obama’s attorney general who once described himself as his president’s “wing man” showed up on television over the weekend to brag that unlike [former] Attorney General Jeff Sessions, he had the pleasure of serving a president ‘I did not have to protect.’ The man is either suffering from early onset dementia or lying to rewrite history!”

“As those outside the confines of the Democrat Party might remember, Eric Holder has the distinction of being the only attorney general in history ever held in contempt of Congress. The charges stemmed from his stonewalling and lying to Congress as he scrambled to keep investigators away from any evidence that might link a major Obama administration scandal directly to the White House.”

“Maybe that’s what a president’s ‘wing man’ does and Mr. Obama certainly got protection from Mr. Holder whenever he needed it. Mr. Holder has actually always been prone to confusing loyalty to the law and to his boss for decades.” 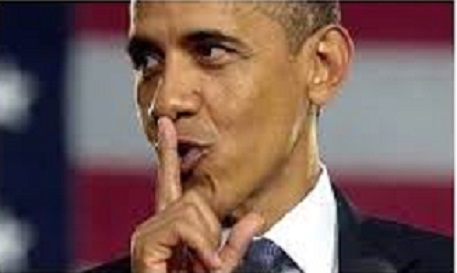 I don’t recall over 1,100 former or current Justice Department employees signing any petitions against Holder, or the “Protect Democracy” Group crying about President Obama’s abuse of power.

They’re nonpartisan though…, of course.

These political hacks seem to be saying that an Attorney General, whose boss is The President, cannot communicate at all with that same president.

This has not been the case throughout history, but it is apparently the case regarding President Trump and his AG.

President John F. Kennedy’s AG was his own brother, Robert!  Do you think these two ever discussed anything?! 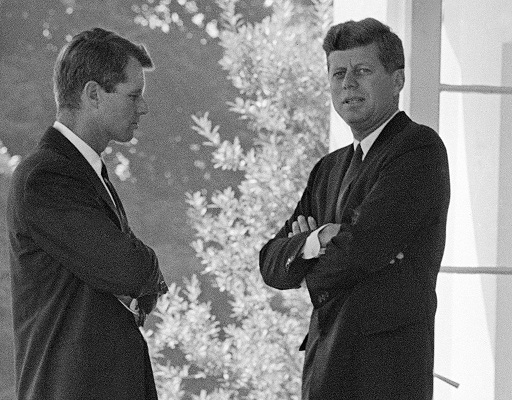 Do you think Robert Kennedy had his brother’s back?

Again…, please…, let’s take a step back from this democrat alternate reality world and deal with precedent, truth and reality.