Bruce Haring for the website “Deadline,” which was picked-up by YAHOO News, reports that, “Democratic presidential candidate and former VP Joe Biden has been accused of being out of the limelight as the coronavirus pandemic shuts down the country.”

Where ‘ya been Sleepy Joe?

“Fresh off an online appearance in which he waved off his first point about the pandemic as his teleprompter allegedly malfunctioned, Biden came to The View seeking redemption.”

And I’m sure they were more than willing to accommodate him.

Some people just can’t even hit a softball grooved right down the middle!

“He appeared via satellite to reveal how he would handle the current coronavirus crisis.” 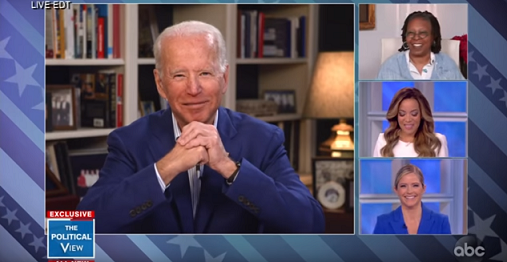 “He did offer one gem in response to Sara Haines’s question on whether businesses should reopen very soon.”

‘“Are you at all concerned, as Trump said, that we cannot let the cure be worse than the problem itself?’ Haines asked.”

“Biden noted in his reply that the COVID-19 cure ‘will make the problem worse, no matter what.’”

“No one from The View followed up for a clarification.”

I’m sure they were all stunned as Quid Pro Quo Joe swung and missed that big juicy softball. 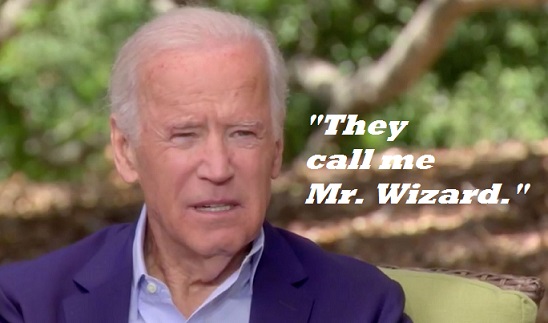 He was telling the truth, however, in his mind.  A cure will “make the problem worse…,” FOR HIM and his hopes of being elected!

As it is with all of the establishment political creatures…, there is NO concern, NONE, for the American people.  There is only concern as to how anything may or may not affect their political career or their political narrative.

“But social media didn’t let it go, seizing on it like a dog with a meaty bone.”

I don’t think I would go that far with the hyperbole, but here are some examples nonetheless:

“Joe Biden went on the View and reminded everyone why he has been in hiding. https://t.co/esMUEkePUu — (@thebradfordfile) March 24, 2020”

Next, a liberal response:

“Here he is on @TheView rambling incoherently saying ‘The cure, that will make the problem worse no matter what.’  I honestly don’t know what he meant here. pic.twitter.com/g1qMNWPnay — Shaun King (@shaunking) March 24, 2020”

The conservative response could be expected.

The only reason we have somewhat of a negative liberal response is because King is obviously a Bernie supporter, and still holding out hope for Sanders resurgence.  If Sanders wasn’t still in the picture, the overall liberal response would have been silence.

And Creepy Joe wasn’t done with his gaffe-a-minute tour!

According to Joseph A. Wulfsohn of Fox News, “Former Vice President Joe Biden appeared to make some factual errors during a virtual roundtable on Wednesday regarding his claim that he ‘became a professor’ after leaving the Senate.”

“During an online campaign event, Biden took questions from young people [compared to him, that would be like 95% of the population] and, while discussing the student debt crisis, Biden spoke about ‘all the time he had spent on campus.’”

“Biden, quite notably, became vice president of the United States under President Obama when he left the Senate in 2009.  It was, however, in 2017 when he received the title of ‘Benjamin Franklin Presidential Practice Professor’ from the University of Pennsylvania [an honorary professorship].”

We should all do our best to make sure Sleepy Joe never darkens a classroom door…, and “If you’re not careful kids, you just might learn something!”

“Biden similarly claimed he ‘became a teacher’ on the campaign trail back in February although he didn’t specifically say where he taught.”

I’m sure it’s all very clear in his mind!

That’s a scary thought, and we should just leave it at that!

“The Biden campaign did not immediately respond to Fox News’ request for comment.”

And understandably so.  It must be very difficult keeping up with Sleepy Joe’s foot-in-mouth disease.

And lastly, regarding Quid Pro Quo Joe, we see an article, published in The Atlantic that made the argument this week that the “idea” of former Vice President Joe Biden is “enough to defeat President Trump in November” and that in order to do so, “Biden would simply have to stay alive.” 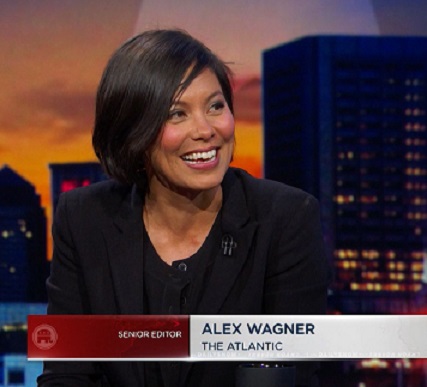 “Democrats need little from the front-runner beyond his corporeal presence,” Alex Wagner of The Atlantic wrote on Tuesday in a piece titled ‘Stay Alive, Joe Biden.’”

It would seem that Creepy Joe just barely meets that criteria!

“Voters seem to have coalesced around Biden for his past — who they have known him to be for the past four decades in American politics — rather than for anything in his present.”

So they’re coalescing around a creepy, do nothing, corrupt, establishment loser?

It’s as if Biden exists primarily as an idea, rather than an actual candidate,” Wagner wrote. “Democrats have chosen Biden as their vessel for Trump’s defeat, and that choice is the entire point: The vanquishing matters more than anything else.”

I wouldn’t go running too quickly to the bank with that “vanquishing” bit either, dumocrats.

You know, there will come a time here in the near future when Sleepy Joe will have to go toe-to-toe with President Trump.

Close your eyes and envision that for a moment.

It’s not a pretty sight for Sleepy Joe, is it?

“The Biden campaign is not prepared to respond to our request for a comment at this time.” 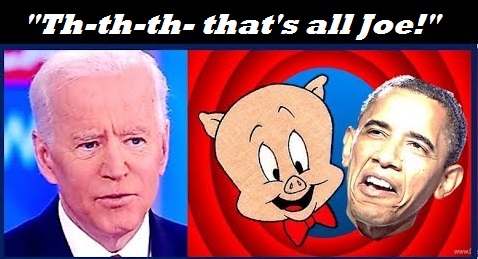 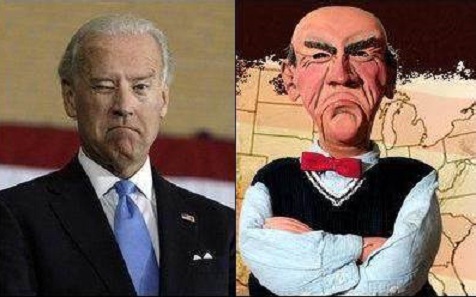