Somewhere along the line, that concept has apparently been expanded a bit…, to 100, and still counting!

How is a person who has been “arrested over 100 times” still seeing the light of day…, much less walking around free as a bird and harming other people?

And this guy looks way too young to have already been arrested over 100 times.

I wonder what the record for times being arrested is?

I would think this guy has a real shot at it before he’s through though…, whatever it is.

According to Reuven Fenton, Larry Celona and Craig McCarthy for The New York Post, “A career criminal with more than 100 arrests to his name was busted for cruelly shoving a 92-year-old woman into a Manhattan fire hydrant — leaving his victim too scared to walk alone in her own neighborhood.” 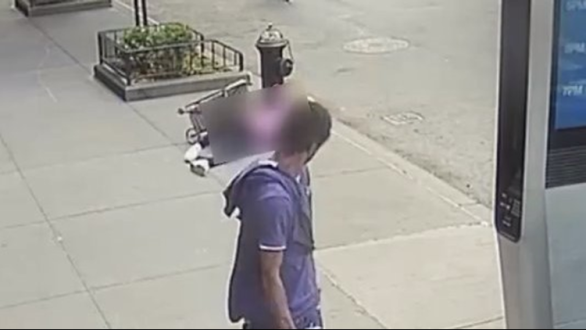 “The injured elder, a Bronx native named Geraldine, spoke to The Post on Tuesday after cops arrested convicted sex offender Rashid Brimmage, 31, and charged him with attacking her.”

‘“I thought a brick hit me or something hit me on the left side of my head, and I went right down and hit my head against the hydrant,’ Geraldine, who asked that her last name be withheld for safety reasons, said of the attack. ‘Blood was coming out, not spurting blood, but blood was dripping.’”

“Geraldine, who has lived in Manhattan for more than 50 years, was on her way to Duane Reade [a chain of pharmacy and convenience stores in New York City, owned by Walgreens] when Brimmage allegedly shoved her to the ground near Third Avenue and East 16th Street in Gramercy Park at about 3:30 p.m. on Friday.”

“She slammed against the fire hydrant and lay on the ground until a passerby called 911 and medics rushed her to nearby Beth Israel Hospital.”

“The former teacher, who never married but is dating an 89-year-old lawyer, said her physical wounds were relatively minor and have since healed — but the mental toll has been much more severe.”

‘“Mostly I’m shaken. My head still hurts where it was bleeding, where I hit the hydrant — or where he hit me, I don’t know,’ she said.”

‘“Mainly it’s psychological — just the fear of going out on the street,’ she added.”

‘“This damned guy put me in a state where I’m fearful to walk the streets alone. So, my super’s trying to find somebody who will walk me to a park nearby or to the supermarket, that kind of thing. So that’s the problem.’”

“Brimmage was busted by cops Tuesday and charged with assault after investigators recognized him from video footage of the attack, authorities said.”

Why does this not make me feel much better?

“The frequent offender has now been arrested 103 times since 2005, sources said.”

“The creep was convicted of sexual misconduct in 2012, then arrested for two sex offenses in 2014, police sources said.”

You better watch it, calling this guy a “creep.”

Soon you’ll have every liberal in New York taking offense at that language, and lecturing us all about what a fine, upstanding, young man this punk is.

“In May of that year, he was busted for exposing and fondling himself on an East Harlem street, the sources said.”

“In 2017, he failed to notify authorities that he changed his address and had to register as a sex offender, state records show.”

“At the time of Friday’s attack, Brimmage had three open criminal cases in the city, according to court records.”

I guess they don’t start holding you in custody until you’ve been arrested over 150 times in New York City!

I can’t believe I was actually considering visiting New York at one point in my life.

I would never step foot in The People’s Republic of New York City now or in the future. 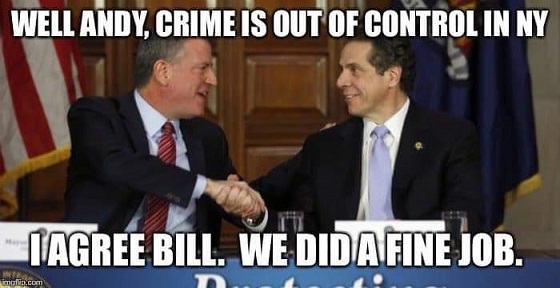 What a disgraceful excuse for an American city New York has become.  I’m actually ashamed to have to claim it as part of the country I live in.

“He was arrested Feb. 17 for a misdemeanor assault and harassment charge for an incident that happened in The Bronx a week earlier, according to records. He was released without bail in the case.”

No, of course, they don’t want to hinder his attempt at the record!

“He was busted in the borough again March 5 and slapped with trespassing summons, according to court records.”

“And most recently, he was arrested March 9 in Manhattan and hit with criminal possession of a controlled substance, assault and attempted assault charges.”

And please consider that these 100+ arrests are only the times this guy was caught!

How many thousands of times has this poor excuse for a human being broken the law and didn’t get arrested?

It is my belief that the City of New York should be held criminally and financially responsible for anything these habitual criminals are allowed to perpetrate on the unsuspecting, law-abiding, citizens in the city.

New York City has passed the “reasonable” threshold, in this case, a long, long time ago.

Habitual criminals, like this scumbag, should not be allowed to continually prey on the civilized people who are forced to share the city with him. 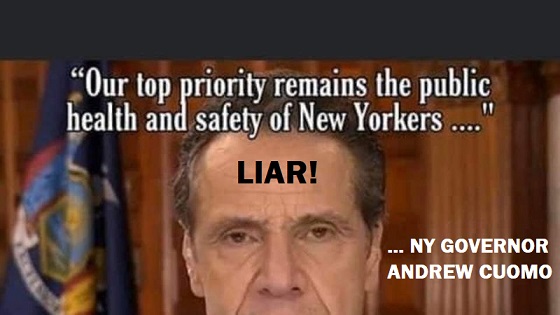 One thought on “What ever happened to “three strikes and ‘yer’ out!””