Now I’m not saying I disagree with the belief that black lives matter.

These people have co-opted the whole concept of “black lives matter” and are attempting to use it as a racial wedge…, as a “smokescreen” to hide their real intent…, which is to take away our freedom and destroy America as we know it.

Adam Ford, for DISRN.com, reports that, “A 2015 video clip has surfaced of an interview with Black Lives Matter founder Patrisse Cullors in which she assures her interviewer that the group has an underlying ideology, saying, ‘We’re trained Marxists.’”

Has anyone asked her where she got this training, and from who?

It would be interesting to hear that answer.

“Responding to the interviewer’s concern that the BLM movement might not have enough of a ‘clear ideological structure,’ Cullors responded by saying that she and another co-founder ‘in particular’ are dedicated to the ideology of Communist leader Karl Marx.”

‘“We actually do have an ideological frame. Myself and Alicia in particular, we’re trained organizers. We are trained Marxists. We are super versed on ideological theories.’”

What’s funny to me is that Cullors and her friends actually think they’d have a seat at this “Marxist table of control” when the dust settled.

Believe me…, they’d be brushed aside by these Nazi/fascist/communists in a heartbeat.

“BLM’s website lists many far-left ideals in its list of core beliefs, including [but not limited to]:”

“We are self-reflexive and do the work required to dismantle cisgender privilege and uplift Black trans folk, especially Black trans women who continue to be disproportionately impacted by trans-antagonistic violence.”

That’s the first item in a list of your core beliefs?

“We build a space that affirms Black women and is free from sexism, misogyny, and environments in which men are centered.”

I haven’t really seen BLM build anything…, in fact, just the opposite.  All I see BLM do is tearing things down, burning things up, taking things that aren’t theirs, generally vandalizing anything in their wake.

“We practice empathy. We engage comrades with the intent to learn about and connect with their contexts.”

As far as “practicing empathy” goes, I would suggest practicing a lot more.

And I get the “comrades” reference.  As a tie-in to The Communist Manifesto.

‘We make our spaces family-friendly and enable parents to fully participate with their children. We dismantle the patriarchal practice that requires mothers to work ‘double shifts’ so that they can mother in private even as they participate in public justice work.”

Excuse me BLM, but your “spaces” appear anything but “family-friendly.”

“We disrupt the Western-prescribed nuclear family structure requirement by supporting each other as extended families and ‘villages’ that collectively care for one another, especially our children, to the degree that mothers, parents, and children are comfortable.”

We foster a queer‐affirming network. When we gather, we do so with the intention of freeing ourselves from the tight grip of heteronormative thinking, or rather, the belief that all in the world are heterosexual (unless s/he or they disclose otherwise).”

I encourage you to check out The Communist Manifesto for yourself.

The following is a small excerpt from The Communist Manifesto that may shed some light on BLM’s real goals.

“In short, the Communists everywhere support every revolutionary movement against the existing social and political order of things.

Finally, they labour everywhere for the union and agreement of the democratic parties of all countries [referring to the preferred New World Order].

The Communists disdain to conceal their views and aims. They openly declare that their ends can be attained only by the forcible overthrow of all existing social conditions. Let the ruling classes tremble at a Communistic revolution. The proletarians have nothing to lose but their chains. They have a world to win.”

The only real difference I see, is that The Communist Manifesto is aimed at workers, while BLM’s sheep want to do anything but work. 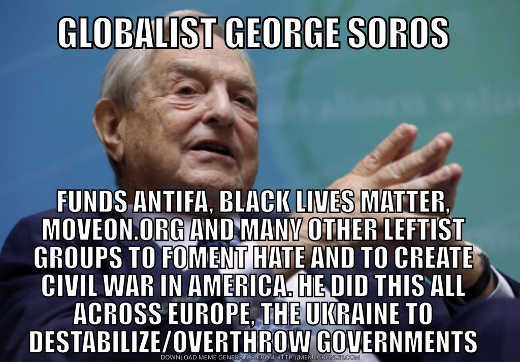 The “BacktoJerusalem.com” website adds, ‘“We are trained Marxists,’ Black Lives Matter co-founder Patrisse Cullors said, during an interview with Real News Network, further adding to the parallels between her movement and the rise of Mao Zedong’s Marxist movement in China.”

“Marxism is important for Christians to understand, because it is an ideology that pushes atheism and persecutes Christians. The Chinese believers understand this better than most, because they are still suffering under the banner of Marxism. Back to Jerusalem has written several books that talk extensively about the rise of Marxism in China and how the enemy used it to attack the church in one of the most systematically brutal ways ever seen.”

“One primary theme found in these books is this: once Marxism is adopted by a country, Christians die – in large numbers.”

“Karl Marx said, ‘religion is the opium of the people,’ and taught that his fight for oppressed people and religion were incompatible.”

“History has shown that more Christians have died from Communist Marxism than any other single ideology in the history of man. Marxism has been tried on nearly every continent, in different nations, by different cultures, but there has never been a nation on earth that has adopted Marxist teaching and not systematically killed Christians. Not one. Ever.”

“From the gulags in Russia, to the death camps in North Korea, to Red Terror in Ethiopia, to the Killing fields of Cambodia, to Cultural Revolution in China – Marxism has been one of the most brutal Christian killing machines in history.”

“Researcher, Antonio Socci, claims the untold story of the 20th century is the murder of 45 million Christians, mostly at the hands of Marxism and that massacres still continue to this day.”

And this is what “Black Lives Matter” espouses?

I can assure you that none of the fools making donations to this group, or those professing their allegiance to BLM in the name of racial injustice, have any idea about the real goals of this organization.

“Anyone associated with the history and rise of Mao Zedong can see the similarities between the two movements:”

Mao was a Marxist

Mao was an atheist

Mao used minority abuses to fuel his cause

Mao appealed to the youth

Mao used violence and fear to accomplish his goals

“The similarities should not cause fear or hate, but rather an awareness.”

Uh, I don’t know about that.  Some fear and hatred for this group would not exactly be a bad thing.

The real question is, “Where is the mainstream media on this?”

The fake news, liberal propaganda, mainstream media obviously doesn’t want the American people to become aware of what is REALLY going on here.

The TRUTH is, the mainstream media and the democrats are totally complicit with Black Lives Matter and their goals. 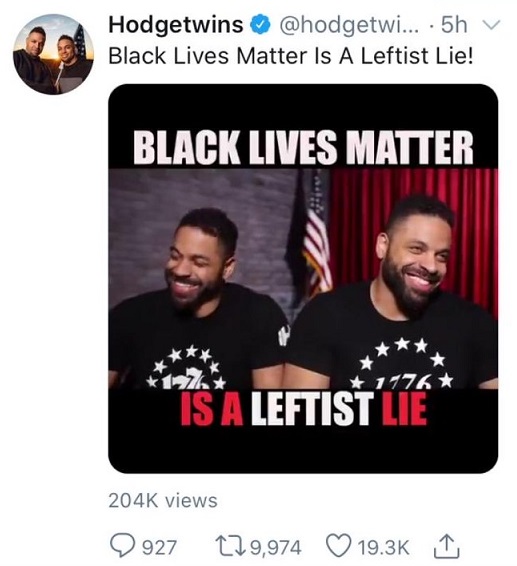 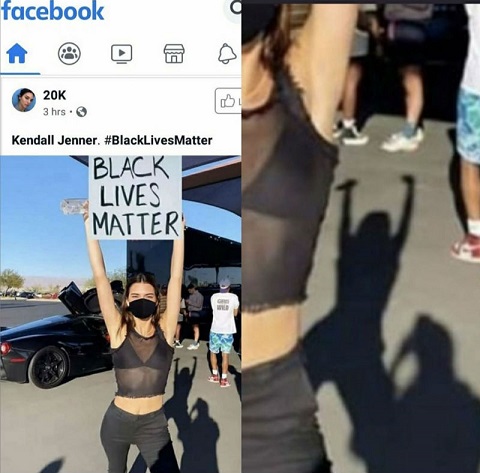 Hmmm?  A sign that doesn’t cast a shadow!  What a phony!