According to Benjamin Fearnow of Newsweek, “About 1,000 heavily armed militia, all of whom were black, marched through Georgia’s Stone Mountain Park on Saturday, challenging white nationalist groups in the area to either come out and fight or join them in demonstrating against the government.” 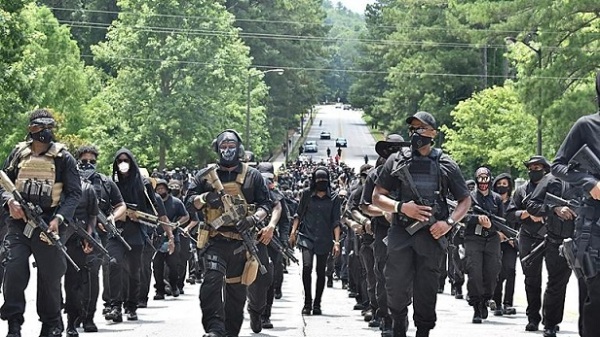 “Stone Mountain State Park officials said the black militia group was peaceful, orderly and escorted by police as they called for the removal of the country’s largest Confederate monument near Atlanta.”

Ya…, they looked “peaceful” alright!

I don’t think a thousand white guys with guns and body armor, marching anywhere, would ever be described as “peaceful” by Newsweek. 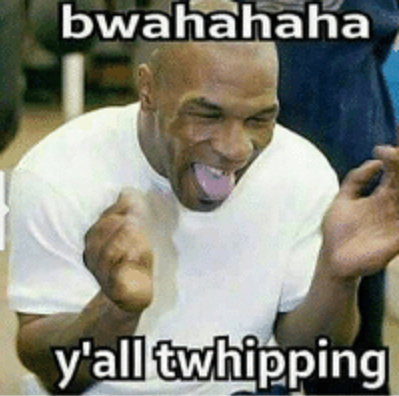 “NFAC Founder Grand Master Jay told Newsweek via phone Sunday that the militia members at Stone Mountain on Saturday were ‘100 percent Black’ and they are not affiliated with Black Lives Matter. ‘We are a black militia. We aren’t protesters, we aren’t demonstrators. We don’t come to sing, we don’t come to chant. That’s not what we do,’ he said.”

You’ve made it pretty clear what you DON’T do.

But what is it exactly you do DO, or want to DO?

Well, not being affiliated with the Black Lives Matter organization is at least one good thing.

Is that a reference to Grand Master Flash?! 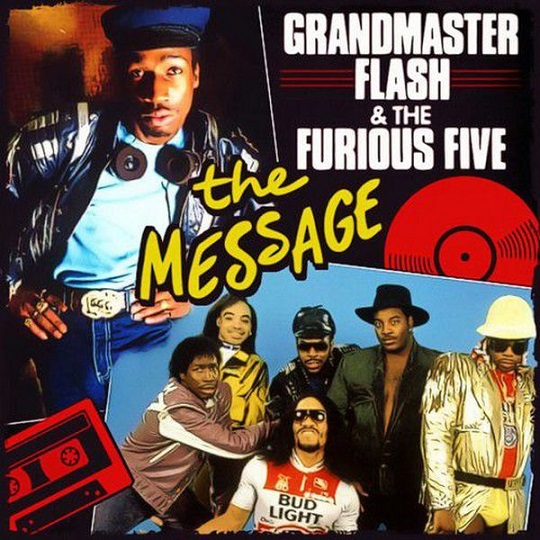 I’m sorry, but am I living in some sort of dream world right now?

‘“Our initial goal was to have a formation of our militia in Stone Mountain to send a message that as long as you’re abolishing all these statues across the country, what about this one?’ Grand Master Jay said, referencing the massive Confederate carving.”

“He added that he must commend Stone Mountain police for offering the all-Black militia support as they exercised their constitutional rights on July 4th.”

‘“It was all black … there were no brown people, no white people… everyone was Black. I am not a protester, I am the commanding general of my militia, we were swearing in new members,’ he added, highlighting there was a second militia ‘show of force’ Saturday near Phoenix.

I’m sorry, Grand Master, but y’all looked mostly brown to light brown to me.  I didn’t see anyone who was “black.”

“The coalition of black militia met at the monument, which is historically tied to the birth of the Ku Klux Klan and has more recently been the site of white nationalist rallies. Leaders of the militia frequently halted the protest to challenge local white supremacists and far-right Second Amendment advocates to ‘stop hiding.’” 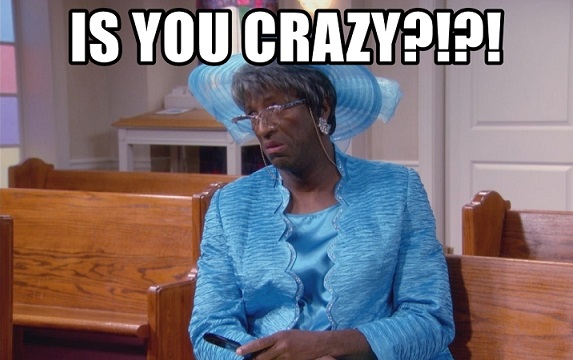 ‘“I don’t see no white militia, the boogie [boogaloo] boys, the three percenters and all the rest of these scared-ass rednecks. We here, where the f**k you at? We’re in your house,’ one protester said into a PA system during the Stone Mountain Park march.”

Soooo, you’re looking to have a shoot out at the OK Corral or something?

I’m sorry, NFAC, but I think you’ve got some kind of “white supremacy” brain syndrome or something.

Could I suggest you may be a little delusional as well?

‘“It’s a public park, a state park. We have these protests on both sides of the issue from time to time. We respect people’s First Amendment right,’ Bankhead told WXIA-TV. ‘We understand the sensitivities of the issue here at the park … so we respect that and allow them to come in as long as it’s peaceful, which it has been.’”

“Videos shared by visitors to the park Saturday showed several militia members responding to questions from confused motorists asking: ‘Who are you guys?’ One member of the militia immediately threw the question right back at one white motorist and asked him about slavery reparations.”

‘“We want change that’s really going to permanently help us, we don’t want [any] little change, we want some real change,’ one of the organizers said, noting that many black civil rights groups have been marching for change since the 1960s and have largely been ignored.”

And you think this marching is going to somehow be different?

My suggestion to you is you quit crying, quit marching, quit demanding this, quit demanding that, quit running around playing “army,” and take responsibility for yourselves.  Get educated, get a job, then get a better job, and improve your lot in life on your own terms.

African Americans are being sold down the river by organizations and people who need to perpetuate racism in order to justify their own existence.  These people aren’t interested in making anything better…, they’re just interested in profiting from their old, worn out, cries of racism.

This is America.  In America people respect those who respect others and those who can make their own way in this world.