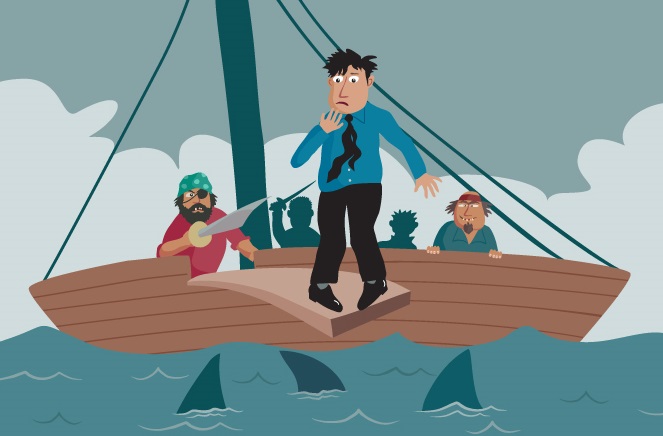 Please be aware that there are many different factions slithering around in “the swamp.” And they are all willing to cooperate with each other, as long as they all keep getting what they want. Some want money, some want power, some want both, and some just don’t like We The People and the whole concept of The United States in general.

We The People are definitely out on the plank, and “the swamp” has a sword at our backs, pushing us further out all the time. Our country as a whole seems to be getting more and more comfortable with the idea of socialism.  Here, let’s take a look at the socialist/communist leaning denizens of “the swamp,” and how successful they have been spreading the cancer of socialism and communism within our great country.

“The goal of Socialism is Communism.” – Vladimir Lenin

How close is America to fulfilling various planks, of the 10 planks, in the communist manifesto, written by Karl Marx in 1848?

Where do you think the United States lies in regards to these goals of a communist society?

My commentary on each of the planks:

“The best way to take control over a people and control them utterly is to take a little of their freedom at a time, to erode rights by a thousand tiny and almost imperceptible reductions. In this way, the people will not see those rights and freedoms being removed until past the point at which these changes cannot be reversed.” – Adolf Hitler

We may not agree on everything, but we all should be able to agree that this is definitely happening, and that “the swamp” are the perpetrators. Socialism is being heralded now as an acceptable and even a desirable option.

Thanks to President Trump, some of these planks are getting a little less stable in the communist platform within the United States.