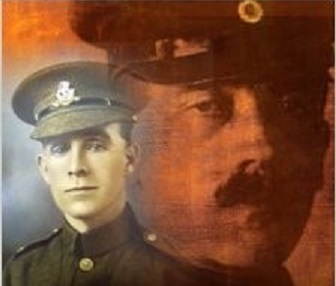 It was September of 1918 and the First World War was in its final hours. Millions of soldiers on both sides had died and those who were still fighting knew the end of the war was very near, as did English Private Henry Tandey.

Private Tandy was fighting on the French battlefield of Marcoing. As the battle raged, Allied and German forces engaged in bitter hand to hand combat. The defining moment for Private Tandey and world history came when a wounded German limped directly into his line of fire.  The weary German soldier did not even attempt to raise his own rifle. “I took aim but couldn’t shoot a wounded man,” said Tandey, “so I let him go.”  The German soldier saw him lower his rifle and nodded his thanks before wandering off. Years later he discovered he had spared an Austrian Corporal named Adolf Hitler.

Adolf Hitler never forgot that pivotal moment, or the man who had spared him. When Hitler became the German Chancellor in 1933, he ordered his staff to track down the man whom had spared his life.

In 1938, British Prime Minister Neville Chamberlain paid Hitler an historic visit. It was during this visit that Adolf Hitler arranged for his personal gratitude to be relayed to Tandey.  Chamberlain conveyed Hitler’s message via telephone on his return to London.

Henry Tandey left military service before the start of World War II and worked as a security guard in the town of Coventry. His “good deed” haunted him for the rest of his life, especially as Nazi bombers destroyed Coventry in 1940 and London burned day and night during the Blitz.

“If only I had known what he would turn out to be. When I saw all the people, woman and children, he had killed and wounded I was sorry to God I let him go,” he said before his death in 1977 at age 86.

Estimates are that at least 50 million people died as a result of World War II.