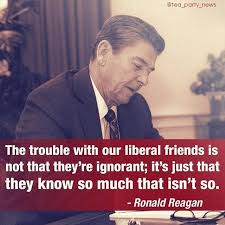 Please allow MrEricksonRules to put a couple recent articles by “YAHOO News” in the proper perspective.

Both of these articles appeared in “YAHOO’s” Finance News.

“The New York Times claims President Trump received $413 million from his father by helping him dodge the IRS.”

First of all “Yahoo Finance News,” There is a big difference between “tax fraud” and an attempt to “dodge the IRS.”

Tax fraud is illegal, while attempting to dodge the IRS is not.  Do we not all attempt to pay the least amount of taxes possible?  Do we not use any and all options out there in this endeavor?  Apparently this is a foreign concept to these “reporters,” or at least they want us to think so.

Does anyone believe that if President Trump had, sometime in the past, been guilty of tax fraud that the IRS would not have come after him?

Exactly.  Case closed, and once again the failing New York Times goes barking up the wrong tree.  There’s a tree right next to “Trump’s tree” called the “Clinton’s tree,” but “reporters” tend to stay away from that tree for some reason.  The “biased fake news media.”

The next article is titled, “The world’s view of America has collapsed.”

In this article, “Economist Jeff Sachs slams President Trump’s trade policy and says the world’s view of America is in ‘free fall.’”

All I can say is they must hand out the title of “Economist” like they hand out free turkey dinners on Thanksgiving.

Would you prefer it if the U.S. ships thousands of its jobs to foreign countries?

Do you not like it when our trading partners treat us fairly and not like economic fools?

Do you not like it when American companies prosper via our trade deals as opposed to being forced to compete with one hand tied behind their backs?

You also claim that, “…the world’s view of America is in a ‘free fall.’”

May I suggest that the world’s view of American has changed for the better, from an American’s point of view?

Of course all of the other countries in the world don’t particularly like it when they can’t take advantage of us anymore, both economically and foreign policy wise.

Yes, it’s a good time to be an American…, unless you’re confused liberal or a liberal propagandist.