Apparently “the swamp” runs pretty deep over at the good ol’ FBI.

Senator Chuck Grassley, a Republican from Iowa, and current Chairman of The Senate Judiciary Committee, wants answers about an FBI raid conducted on a “whistleblower,” who apparently had information on Hillary Clinton, The Clinton Foundation and “Uranium One.”

Please refer to my previous blog on January 5, 2018, “Grand Theft Uranium,” “Oh what a tangled, and radioactive, web they weave!” for a little more background on this subject.

“Uranium One” is [was] a Canadian mining company whose sale to a Russian firm was approved in 2010. The U.S. government was involved because the sale gave the Russians control of part [approximately 15%] of the U.S. uranium supply [uranium of course being necessary to produce nuclear energy or nuclear weapons]. The transaction has faced renewed scrutiny after “The Hill” reported last year that the FBI had evidence as early as 2009 that Russian operatives used bribes, kickbacks and other dirty tactics to expand Moscow’s atomic energy footprint in the U.S.

Sen. Grassley has written to FBI Director Christopher Wray and the Justice Department’s internal watchdog (a government “watchdog” is a group or individual within an organization charged with self-policing against illegal or unethical conduct) to request information about the raid on the home of a former FBI contractor, Dennis Cain, who gave the watchdog documents related to former Secretary of State Hillary Clinton and the sale of Canadian mining company Uranium One to a Russian firm’s subsidiary.

“Whistleblowers” are supposed to be protected because the “whistleblowing” is usually on people or groups that can manipulate them or do them harm.  In this case, because of the nature of the case, and those involved, the “whistleblower” was not protected, but in fact it appears targeted and tampered with.

According to “The Daily Caller,” “16 FBI agents raided the Maryland home of Dennis Nathan Cain on Nov. 19 [2018].  Cain’s lawyer, Michael Socarras, told the website that the agent who led the raid accused his client of possessing stolen federal property.  In response, Cain reportedly claimed that he was a protected whistleblower under federal law and had been recognized as such by the DOJ watchdog, Michael Horowitz.”

Socarras also claimed that Horowitz had transmitted his information to The House and Senate intelligence committees.

The documents in question allegedly show that federal officials failed to investigate possible criminal activity related to Clinton, the Clinton Foundation and Rosatom, the Russian nuclear company whose subsidiary purchased Uranium One in 2013.

No one will ever see or hear of those documents again, unless Mr. Cain was wise enough to have created duplicates and dispersed them to multiple locations.

In his letter to Wray, Grassley asked on what basis the FBI raided Cain’s home?

Raided on what basis?

It was raided on a big CYA basis!  That’s what kind of basis!

It was raided because the FBI wanted to control whatever evidence was there.

Grassley has given Wray and Horowitz until Dec. 12, 2018 to respond.

Anybody want to bet he ignores that deadline?

Anybody want to bet he ignores the request entirely?

Fox News has previously reported that Douglas Campbell, an FBI informant, involved in the deal, has testified to lawmakers that Moscow paid millions to American lobbying firm “APCO Worldwide” to influence Clinton and the Obama administration.

Wait…, let me get this straight…, “Moscow paid millions to American lobbying firm “APCO Worldwide” to influence Clinton and the Obama administration,” but we are investigating President Trump regarding Russian collusion and Russian influence in our election?

It must be really hard for Robert Mueller to manage an investigation against President Trump, when all he does is trip over evidence against Hillary Clinton and the Obama administration every time he turns around!

“The contract called for four payments of $750,000 over 12 months,” Campbell said in his statement this past February. “APCO was expected to give assistance free of charge to the Clinton Global Initiative as part of their effort to create a favorable environment to ensure the Obama administration made affirmative decisions on everything from Uranium One to the US-Russia Civilian Nuclear Cooperation agreement.”

APCO has denied Campbell’s claims while Clinton called any claims of wrongdoing related to the Uranium One deal “the same baloney they’ve been peddling for years, and there’s been no credible evidence by anyone.”

“In fact,” Clinton told C-SPAN in October, “it’s been debunked repeatedly and will continue to be debunked.”

It never hurts to have the FBI on your side either.

Thank you to Samuel Chamberlain of Fox news for contributing to this story. 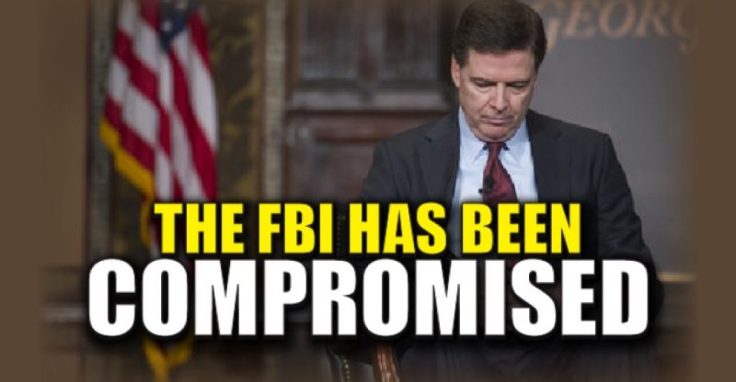