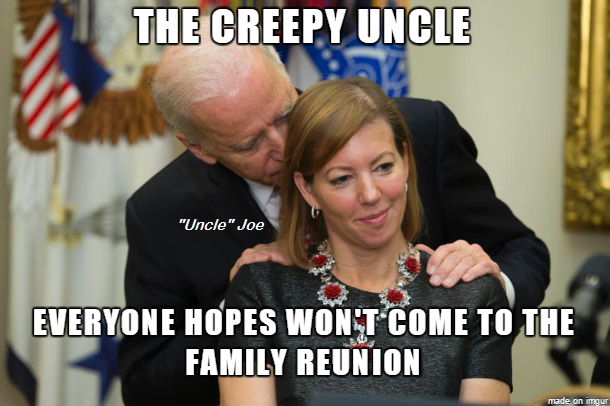 “The bottom line is we have a lot to root out, but most of all the ‘systematic racism’ that most of us whites don’t like to acknowledge even exists,” Biden said at an event hosted by the Rev. Al Sharpton (another individual who portends to be a representative of our national racial conscience) and the National Action Network. “We don’t even consciously acknowledge it.  But it’s been built into every aspect of our system.”

He continued, “Because when your schools are substandard, when your houses are undervalued, when your car insurance costs more for no apparent reason, when poverty rates for black Americans is still twice that of white Americans…, there’s something we have to admit.  Not you, we, White America, has to admit there’s a still a systematic racism.  And it goes almost unnoticed by so many of us.”

So here we apparently have our newest “buzzword” to be included in the racial inequality narrative.

According to Jenée Desmond-Harris of “Vox” media, ‘“Systemic racism’ is used to talk about all of the policies and practices entrenched in established institutions that harm certain racial groups and help other racial groups.  ‘Systemic’ distinguishes what’s happening here from individual racism or overt discrimination, and refers to the way this operates in major parts of US society: the economy, politics, education, and more.”

So basically, “systematic racism” is a comprehensive excuse to explain away any kind of failure or any kind of negative situation being experienced by anyone other than white people…, that puts the blame on White people.

John Verhovek of Good Morning America added that, “Biden also expressed optimism that positive change is on its way, referencing the historic nature of the presidential inauguration he attended 10 years ago this weekend, when Barack Obama became the nation’s first African-American president.”

Yes, “Creepy Uncle” Joe, but it’s a damn shame that Barack Obama didn’t do much more than just become the nation’s first African-American president.  He categorically failed to positively move the needle for African-Americans in any regard, while alienating many of the Whites who helped get him elected. .

‘“There I was, it just hit me, standing, waiting for a black man to come 28 miles from Philadelphia to pick me up and take me on a 128-mile ride to be sworn in as president and vice president United States.  Don’t tell me, don’t tell me things can’t change!’ Biden said to applause.”

What this last quote means exactly I’m not sure.  But I can safely say that if Blacks were the majority race in this country, at the percentage that Whites have been, and are now, we would have never seen, and would never see, a White president.

If anyone feels they have an argument to be made against my claim, please email me and make your case.  I promise to publish all of your responses in a future blog.

Oh…, and “Creepy Uncle” Joe…, speak for yourself please.  None of us other “whiteys” have been in a position to do anything about your supposed “systematic racism…,” but you have!

No one should be in politics for 50 years.

What exactly did YOU do to deal with YOUR perceived “systematic racism?”

I mean besides using it to help get you re-elected?

P.S. – Did you know that Joe Biden’s middle name is “Robinette?”  No comment…, just throwing that out there for what it’s worth.