First of all, I debated whether or not it was even worth commenting about Senator Warren, since she’s only polling like 1%-2% support among democrats in her run for president…, but in the end, I just couldn’t let her get away with her false narratives and “fake news” (lies).

According to David Knowles, an Editor at Yahoo News, “Sen. Elizabeth Warren said Tuesday she would take a “hard pass” on a Fox News invitation to hold a televised town hall event, saying she didn’t want to help the conservative network build credibility with advertisers.”

Ha!  Now that’s a true “holier than thou” liberal elite attitude if I ever saw one!

So having you on their network, Elizabeth…, a person who has defrauded the Native Americans in our country…, and our college education system…, that would help “build credibility with advertisers?”

I think you’re just mad at the Fox News Network for holding you accountable for your racial and cultural identification scandals…, while the rest of the “biased, liberal propaganda, fake news media” looked the other way…, but I could be wrong.

“Four of her rivals for the Democratic presidential nomination — Bernie Sanders, Amy Klobuchar, Pete Buttigieg and Kirsten Gillibrand — have agreed to the events, in which candidates take questions from moderators and voters. Sanders and Klobuchar have already appeared.”

‘“I love town halls. I’ve done more than 70 since January, and I’m glad to have a television audience be a part of them. Fox News has invited me to do a town hall, but I’m turning them down—here’s why…— Elizabeth Warren (@ewarren) May 14, 2019”

‘“Hate-for-profit works only if there’s profit, so Fox News balances a mix of bigotry, racism, and outright lies with enough legit journalism to make the claim to advertisers that it’s a reputable news outlet. It’s all about dragging in ad money—big ad money,’ Warren wrote.”

Wow!  Pocahontas’ level of confusion is quite impressive!

Have any networks demonstrated a more “hate-for-profit” approach than CNN and MSNBC?

Take the last 2 years of fake Russian collusion coverage as well as the “all negative Trump news all the time strategy.”

And which networks exactly have displayed more bigotry and racism than CNN and MSNBC?

No one…, hands down.

And which networks exactly have been caught in intentional lies more often than CNN and MSNBC?

‘“But Fox News is struggling as more and more advertisers pull out of their hate-filled space. A Democratic town hall gives the Fox News sales team a way to tell potential sponsors it’s safe to buy ads on Fox—no harm to their brand or reputation (spoiler: It’s not).’”

Hasn’t Fox News been the #1 cable news in the ratings for like…, forever?

Hasn’t Fox News been destroying CNN and MSNBC by HUGE margins for like…, forever?

She should quit drinking that “firewater!”  Just more “fake news.”

“In March, citing what it called the ‘inappropriate relationship between President Trump, his administration and Fox News,’ Democratic National Committee chairman Tom Perez announced that he would not allow Fox News to broadcast any of the party’s 2020 presidential primary debates.”

Oh…, so “Mr. Tolerance,” Tom Perez won’t “allow” Fox News to be a part of the 2020 democrat presidential primary debates?  Because Fox “has an inappropriate relationship” with President Trump? 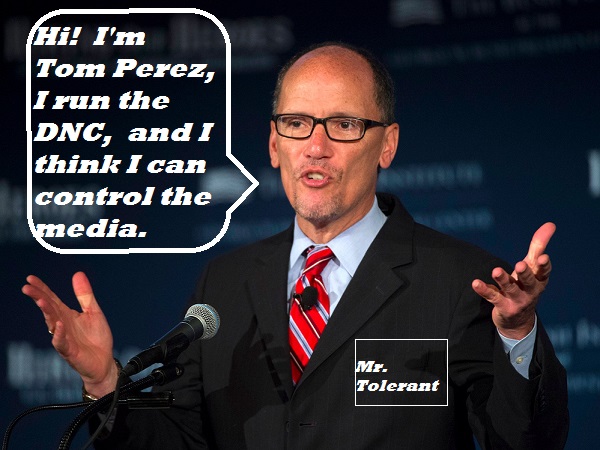 In Perez’s mind, it’s an “inappropriate relationship” because Fox treats The President fairly.

The President responded by tweeting, “Democrats just blocked @FoxNews from holding a debate. Good, then I think I’ll do the same thing with the Fake News Networks and the Radical Left Democrats in the General Election debates! — Donald J. Trump (@realDonaldTrump) March 7, 2019”

Huh?  You may want to get together with your “biased, liberal propaganda, fakes news media” friends, Mr. Perez, and rethink your position about the debates.

One thought on “Is Elizabeth “Pocahontas” Warren kidding or is she just “speaking with a forked tongue…, again?””