Gregg Re of Fox News reports that “Organizers of a long-running initiative to secure California’s secession from the United States now say they want to give away nearly half of the state, including all of its federal land, to form an “autonomous Native American nation.”

‘“Calexit,’ as the proposal for California’s secession is known, was given the green light by the state government earlier this year to begin collecting signatures to place the measure on the November ballot.”

“But the revamp announced by Calexit’s founders on Tuesday adds an additional objective: constructing “the first ever autonomous Native American nation in North America,” by giving Native Americans all federal lands in the state, running from the border with Mexico to the state boundary shared with Oregon.”

Ha!  Typical liberal “stupidness;” thinking they can give away something they don’t even own.

Newsflash…, those lands are called “federal lands” for a reason…, because the Federal Government owns them! 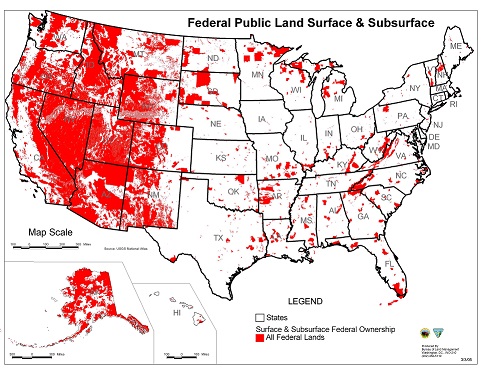 Taking what isn’t yours is one thing (something liberals have a knack for doing): giving away something you don’t have is another.

Oh…, and it’s very generous of these Calexit supporters to want to give this federal land to the Native Americans…, NOT!

‘“Why not do something to right some of the wrongs of the past to the Native American people, and give them back their land?’ Calexit co-founder Louis J. Marinelli said Tuesday.”

If you’re going to go there, Louis…, why don’t you “give” them back the whole state, and not just the crap desert land you don’t even want?

What a bunch of total hypocrites.

And by the way…, what exactly do you mean by “right some of the wrongs of the past to the Native American people?”

There is nothing to make “right.”

The Native Americans that were here at the time got conquered.

People from Europe came over here, kicked their a$$es, and took all of their land.

It generally does not go well for the people who got conquered.

All things considered…, the Native Americans here have been treated better than most.

“Because most of the federal land would include conservative-leaning portions of California, the plan also would create a ‘buffer zone between Donald Trump’s America and the new independent California Republic,’ another co-founder of the initiative, Marcus Ruiz Evans, said in a statement.”

Oh no…, not at all…, at least not until they got their tax bill the following year!

“Our campaign is not motivated by the shifting balance of political power in Washington,” Marinelli said in an email. “We are motivated by the fact that California is a distinct society with the capability to govern itself independent of a country whose values are in direct conflict with ours, and a country whose government system [and its institutions] is broken and obsolete.”

Ahh yes!  And California’s government is such a shining example to us all as to how a proper government should work! 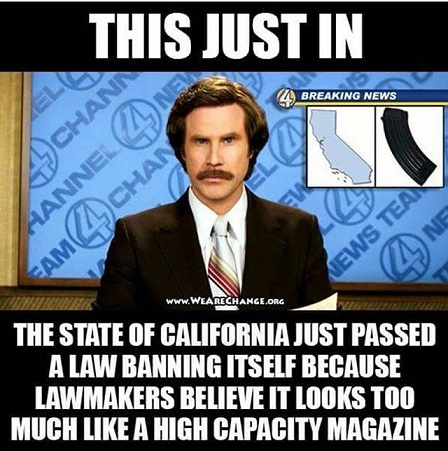 “On July 4, Calexit staged a rally at the state capitol in Sacramento, calling on Trump supporters to ‘get out’ of the state, and decrying the American ‘occupation’ of California.”

Obviously the new Independent Republic of California will not tolerate anyone in their country who has an opposing viewpoint or opinion…, something in the mold of the old Soviet Union.

‘“The Fourth of July is no longer a day to celebrate in California,’ the campaign said in an Independence Day statement.”

What I want to know is…, how did California get soooo screwed up soooo quickly?

I lived in California for a year, at one point, and I loved it.

I now view California as a cancerous growth on our country that I would love to see removed. 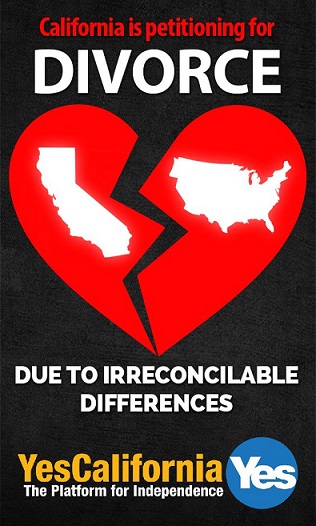 I’m not so sure the other democrats from around the country would be particularly excited about losing California’s 52 electoral votes in presidential elections, however.

“There have been multiple efforts in the past for California to break away from the rest of America.  They have either been withdrawn or failed to gather the signatures required to advance.”

“But enthusiasm for such measures has grown in recent years.  A 2014 Reuters poll showed that only 20 percent of Californians wanted to secede; in 2017, after Trump’s election, the number grew to 32 percent.”