And what are the McCain family colors?

In yet another display of classlessness, the McCain family snubbed John McCain’s running mate for the presidency in 2008.

According to Brooke Singman of Fox News, “Sarah Palin says it was a ‘gut punch’ not to be invited to the funeral of her 2008 running mate, the late Senator John McCain, last year.”

“Palin, who was tapped as McCain’s pick for vice president during the 2008 race, opened up about the funeral during an interview on ‘Good Morning Britain.’”

‘“I was kinda surprised to be publicly disinvited to the funeral.  I think that was an unnecessary step,’ Palin told Piers Morgan. ‘They didn’t have to embarrass me and embarrass others.  That was all weird.  I hope that doesn’t happen to other people.  It’s kind of a gut punch.’”

“McCain, who died last August from brain cancer, reportedly planned his own funeral.”

Well that’s not vain at all is it?

“According to reports, Palin learned she was not invited to the services through an intermediary, not directly from the McCain family.”

It just goes to show that John McCain had to hold his RINO nose when selecting the straight shooting conservative, Sarah Palin, to run with him in 2008.

In McCain’s book titled “The Restless Wave,” he wrote that he regretted choosing Palin as his running mate instead of his close friend, former Senator Joe Lieberman of Connecticut.

Now here is something John McCain said that I think you can believe!

Lieberman was a democrat, had been Al Gore’s running mate back in 2000.  McCain and Lieberman were establishment “swamp rat” brothers from different mothers.

Then, adding insult to injury, not only did the McCains specifically not invite Sarah Palin to the funeral (as well as President Trump, which was more understandable), it turns out that John McCain called Barack Obama personally to ask him if he would deliver one of the eulogies at his funeral.

So he doesn’t invite the person who ran with him in a presidential election, but he not only invites, but has the guy deliver his eulogy who beat him in the election? 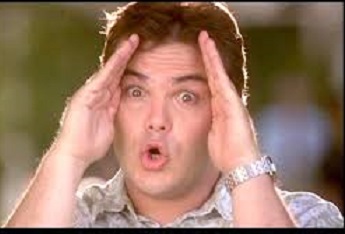 Yes my friends…, John McCain definitely showed his true colors to be blue (vs. red)…, and yellow of course.

Singman adds that, “When he died, Palin posted a pair of tweets touting McCain and his record.”

‘“Today we lost an American original,’ she wrote. ‘Sen. John McCain was a maverick and a fighter, never afraid to stand for his beliefs.  John never took the easy path in life – and through sacrifice and suffering he inspired others to serve something greater than self.’”

And “later, she wrote: ‘John McCain was my friend. I will remember the good times. My family and I send prayers for Cindy and the McCain family.’”

Kudos to Sarah Palin for taking the high road here, but I hate to tell you that “friend” thing was a one way street.

John McCain used you, then disposed of you.

John McCain was a member of the “establishment,” “swamp rat” fraternity through and through, and neither Sarah Palin nor President Trump were welcome at that party.