What do you call it when an investigator ignores obvious evidence to pursue desired evidence and a desired outcome?

This is what you would call a prejudiced witch hunt.

This is exactly what Robert Mueller, and his partisan team, did for over two years.

I beg to differ Judge.

It looks like Mr. Mueller traded in his “Marine card” for a “swamp card!”

And that’s coming from another Marine.

“Being a Marine” may buy you a certain level of credibility with some people for starters, but it’s not “credibility carte blanche!”

For an example, Lee Harvey Oswald was a Marine.

And how you can describe Mueller as anything remotely close to honorable is beyond me.

Unless you’re talking about “honor among thieves?!”  This is the understanding that criminals do not compromise the activities of other criminals!

If that’s the kind of honor you’re referring to, Judge…, I guess I could go along with that. 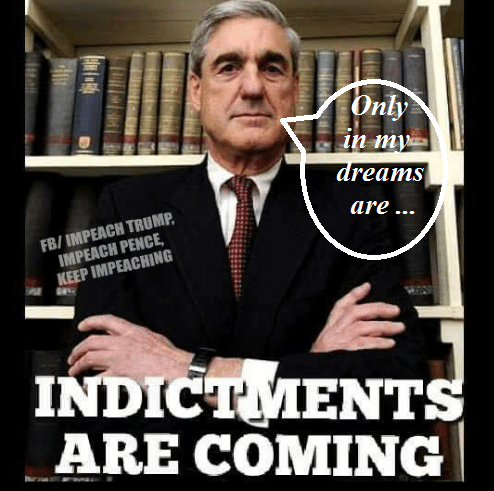 Even though Robert Mueller failed in his mission to find (or produce) any legal means to take down President Trump, he’s still doing what he can to pathetically hand-off this invalid and ill-gotten investigation to Congress, so that they may continue their own prejudiced, partisan, witch hunt.

This brings us to Nancy “Chicken Little, the sky is falling” Pelosi!

Could it be that “Chicken Little” is chicken?

Could it be that Nancy “Chicken Little, the sky is falling” Pelosi is the voice of reason for the democrats right now?

That’s a scary thought, but it looks like that is the case.

All it would take would be for Nancy to cut the swamp dogs loose and this impeachment circus would be off and running. 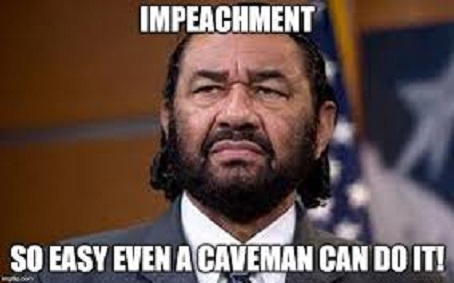 This first part of the impeachment process only “brings charges against a civil officer of government for crimes alleged to have been committed.”

You can charge anyone with anything and allege anyone did anything as well. 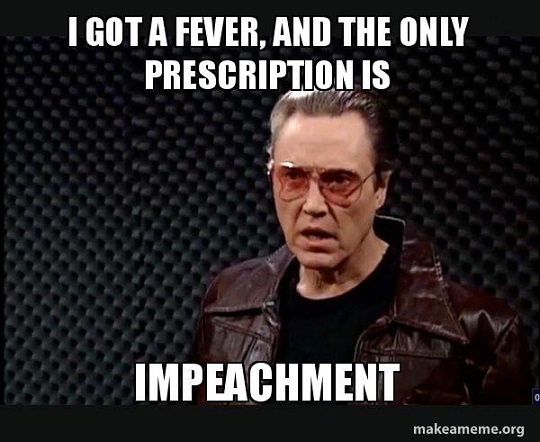 “Impeachment” is solely a political process…, not a criminal process.

The “impeachment game” is not a game that would end well for the democrats…, and “Negative Nancy” is at least smart enough to realize that.

She likes being in charge of the U.S. Congress more than she hates President Trump…, but the rest of the democrats in Congress don’t have that position of power to consider.  They’ve invested so much time and effort into this fairy tale that they just can’t get away from taking a bite out of that poison apple!