Are these the type of people you want to be associated with?

If you’re a liberal democrat these days, the answer is “yes.”

In fact, many liberal democrat politicians and leaders are actually encouraging this type of behavior, a la Congresswoman Maxine “low IQ” Waters.

Over the course of the last couple of years, the behavior of liberal democrat activists has become disgusting and shameful.

These liberal “neo-fascists” see no problem with pushing our democracy and freedoms over the edge. 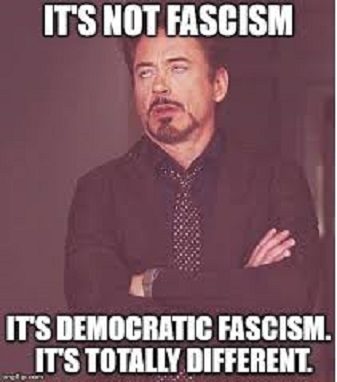 They utilize Nazi type tactics while calling their adversaries Nazis.

They display fascist type behavior while calling their opponents fascists.

We recently had an incident where President Trump’s son, Eric, was spit on, by a waitress at a restaurant he patronizing!  His son!

Can you imagine that ever happening to presidential daughters, Chelsea Clinton, or Malia or Sasha Obama?

Conservatives maintain a level of decency, and they know where to draw the line when it comes political activism. 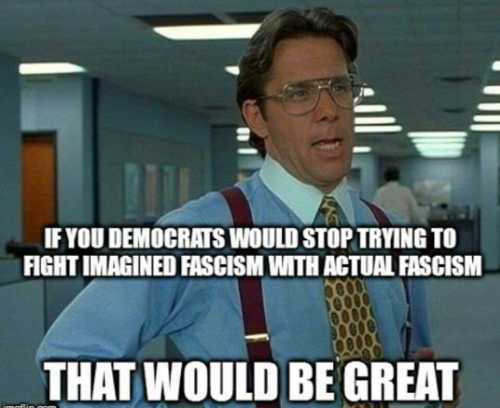 Liberal democrats have stampeded over that line of decency like a horde of shameless paparazzi chasing down some recent, pathetic, Hollywood “idol.”

Like a bunch of mindless zombies, just looking to take a bite out of anyone they can get their disgusting hands on.

Like an annoying bunch of obnoxious school-aged bullies (You can picture them, can’t you?), mercilessly picking on some other kids just because they’re decent kids.

Well…, you get the picture.

We’ve had the spitting incident I mentioned above.

We’ve seen conservative students on college campuses being punched and attacked, and their property destroyed or stolen because of their messaging.

We’ve seen activist liberals publicly burn and vandalize campus property in an effort to impede the engagements of conservative speakers and intimidate those that wanted to hear them. 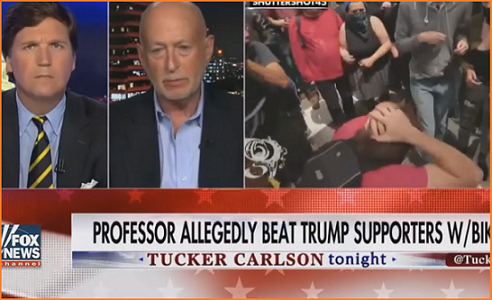 We’ve seen Sarah Huckabee Sanders, and her family, kicked out of a restaurant just because she was the President’s spokesperson.

We’ve seen the former head of DHS, Kirstjen Nielson and her family, and Senator Mitch McConnell and his wife, heckled and harassed while having dinner at a restaurant, to the point where they were forced to leave.

We’ve seen the former Florida Attorney General, Pam Bondi and a friend be harassed when trying to go see a movie, to the point that they required police escorts to safely leave a theater.

And there are many other examples of this type of behavior.

Marc Caputo and Daniel Lippman of Politico Magazine wrote, “… there’s a bipartisan sense that this election season marks another inflection point in the collapse of civil political discourse.” 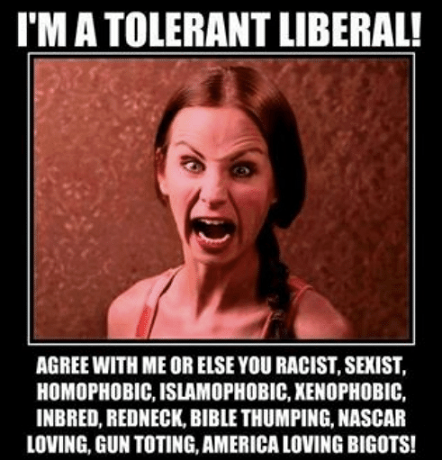 ‘“If you see anybody from that Cabinet — in a restaurant, in a department store, at a gasoline station — you get out and you create a crowd.  And you push back on them.  And you tell them they’re not welcome anymore, anywhere,’ implored California Democrat Rep. Maxine Waters at a Saturday rally, prompting an immediate conservative backlash on social media.”

‘“When you’re violent and cursing and screaming and blocking me from walking into a movie, there’s something wrong,” [Pam Bondi] said.”

“Presidential historian Michael Beschloss lamented that the flare-ups are ‘a new disheartening sign of a country that is becoming more divided by the hour… It’s a polarized country.”

Republicans contend the confrontational politics will inspire a backlash among a silent majority that is watching the left grow unhinged.

“There’s not more energy on the left. There’s more hatred,” said [Jackie] Toledo, the Tampa Republican who said her kids were bothered in a coffee shop.  “I signed up for this.  But my kids?  I thought kids were off limits.  Family is off limits.  And it backfires when you attack families.”

Even some Democrats are a little concerned about the effectiveness of aggressive protesting.

Ya…, “some” meaning like two or three, and “a little concerned” means they are concerned very, very, very little.

Former Pennsylvania Democrat Congressman Paul Kanjorski said, “I don’t know why they picked on the attorney general from Florida.  I don’t like her or her political positions, but she has a right to travel and be around without being harassed.”  We’re limiting real conversation and discussion in this country, and it’s a problem.”

Mr. Kanjorski sounds like a fair minded and reasonable person.  That’s probably why he’s a “former” congressman.  The democrats have no desire to be associated with being “fair minded” or “reasonable” anymore.

I have a feeling these fascist tactics by the democrats will get worse before they get better.

But they will get better…, once these sad little fascists start receiving some push-back…, and bloody nose of their own from time to time. 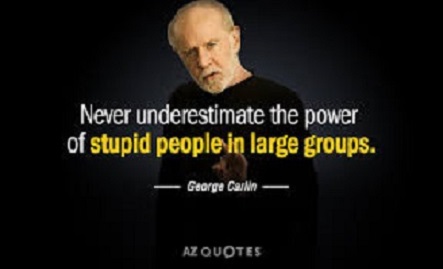