We are now regularly seeing evidence of a multi-tiered justice system in America…, and that’s a problem. 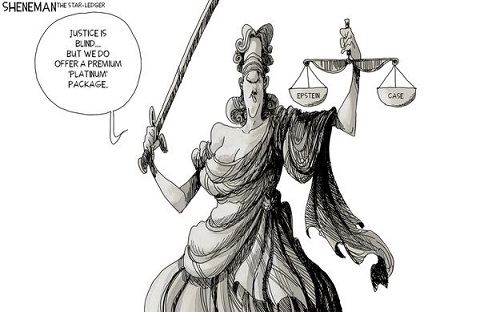 We see the political, social, and economic elite being treated quite differently from you and I.

You and I never get the benefit of the doubt.

You and I never get the consideration of what our “intent” was.

You and I don’t get the best team of lawyers that money can buy.

Here is just the most recent case that makes my point.

“In 2011, Tanya McDowell wanted a better education for her then 5-year-old son Andrew, and enrolled him in an elementary school in the neighboring town of Norwalk — using her son’s babysitter’s address for registration papers. At the time, she and her son were living out of her van and homeless shelters, and spending nights at an apartment in Bridgeport, the Connecticut Post had reported.”

Okay…, my first questions is, how could she be “sentenced for enrolling her son in a school district where he did not reside,” if she was homeless?!

If you’re homeless, can’t you be homeless in any district?

“The mother was arrested and charged with first-degree larceny and served five years behind bars for the ‘stolen’ education.”

‘“Who would have thought that wanting a good education for my son would put me in this predicament?’ McDowell, who also had prior drug charges, said in court at the time of her sentencing. ‘I have no regrets seeking a better education for him, I do regret my participation in this drug case.’”

Five years in prison for this?!

I mean there are people convicted of manslaughter, and committing crimes with weapons who don’t serve that much time.

But she gets five years for enrolling her son in school in a different district?!

And Connecticut is supposedly a liberal “blue” state?

If “Lady Justice” is blind, then someone must have told her that Ms. McDowell was a poor, African-American woman, who could be treated like a second class citizen.

Would an illegal immigrant even be treated like this?

The answer is HELL NO!

Oh…, and who complained on her behalf that she was separated from her children like all of these poor non-citizens at our southern border?

All Ms. McDowell heard was crickets. 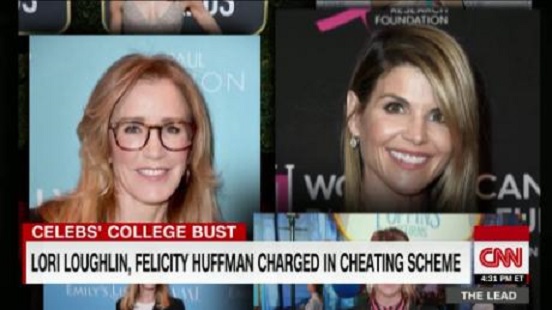 Felicity Huffman was just recently sentenced to 14 days in jail and a $30,000 fine.

That’s 1,811 days less that Ms. McDowell had to serve for her terrible crime!

And who thinks that Lori Loughlin will get anywhere close to five years in prison for her lawlessness?

My hand certainly isn’t up.

Hey…, when you’re facing jail time, you’ll take all of the elite, white, liberal privilege you can get, right Lori?!!

Some people argue that nobody benefits from these elites serving jail time, but just paying a fine is no deterrent for people with tons of money.

Why did all of these elites defraud the college entrance process?

Because they believed they could, and get away with it!

And sadly, they were right.