Last week, Speaker of the House Nancy Pelosi said “I pray for the president all the time,” while talking to MSNBC’s Joe Scarborough.

My only question is, who might Mrs. Pelosi be praying to?

It certainly can’t be God. 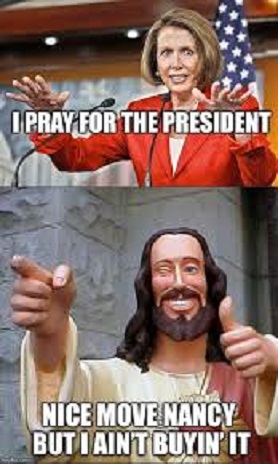 Or she might just be lying and she really hasn’t prayed at all.

I’m going with “she’s lying and hasn’t prayed at all,” or Satan.

According to Shira Tarlo of Salon.com, “House Speaker Nancy Pelosi, D-Calif., revealed that she frequently prays for President Donald Trump while discussing the allegations that he urged Ukraine to procure dirt one of his chief political rivals, former Vice President Joe Biden, with assistance from the Justice Department.”

It’s hard to swallow all of these God references from a woman who would fight to keep the practice of abortion, and the killing of millions of babies annually, alive at all costs.

“Pelosi’s comments came a day after the public release of a complaint filed by a whistleblower in the intelligence community. The complaint discusses a July 25 call in which Trump repeatedly urged Ukrainian President Volodymyr Zelensky to ‘initiate or continue an investigation’ into Biden. The whistleblower named Trump’s personal lawyer, Rudy Giuliani, and his attorney general, William Barr, as his ‘personal envoys on these matters’ and alleged the White House engaged in a scheme to cover up Trump’s conduct.”

Let me go on record right now by saying this “whistle blower,” and I’m really coming to detest that term, is nothing more than a “swampy tool” who is being used by the liberal, anti-Trump, machine.

Think of a poor man’s “Peter Strzok” or “Lisa Page.”

The “complaint” filed by the “whistle blower,” is a well-crafted legal document, which was not just put together by someone filing a genuine complaint of concern.

The democrats knew exactly what was in the transcript released by President Trump before he even released it, thanks to their spy, the “whistle blower.”

This will all come out very soon.  Mark my words.

“The explosive revelations are at the center of House Democrats’ formal impeachment inquiry into the president, which was announced earlier this week by Pelosi.” 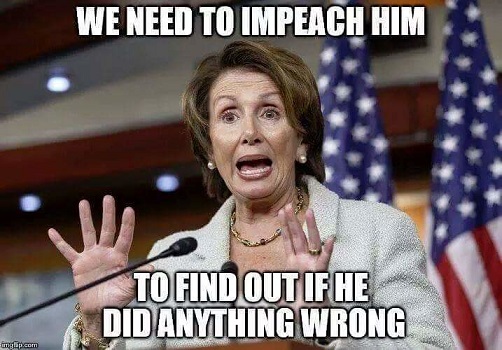 ‘“This is no cause for any joy. This a very sad time for our country,’ Pelosi said Friday on MSNBC. ‘The impeachment of a president is as serious as our congressional responsibilities can be apart from declaring war. We have to be very prayerful, and we always have to put country before party.’”

Excuse me…, but I think I just threw up in my mouth a little bit.

I really wish Nancy would keep “my country” out of her mouth.

I would have to agree with Nancy, however, when she says, “This is a very sad time for our country.” It is the democrats who are causing all of the sadness, however. 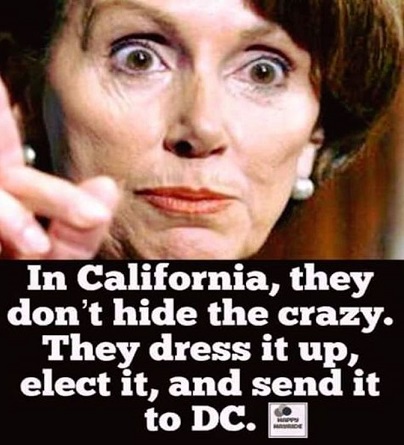 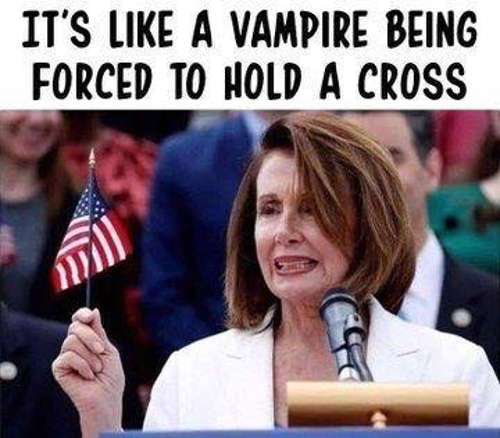 Just like the Russian collusion hoax was, right Nancy?

Like I said earlier…, my nickname for her is Nancy “dazed and confused” Pelosi.  The prior paragraph demonstrates her level of confusion pretty well I believe.

Yes…, we know Nancy…, you’ve been in Congress a looooong time.

I notice you failed to sign the Constitution when it was enacted.

I apologize…, actually, I believe you were elected a few years after that.

Mrs. Pelosi has now become a merely a sad caricature of herself.

I’ve heard it said that if you want to find out what Nancy is going to say today, look and see what Alexandria Ocasio Cortez tweeted last night. 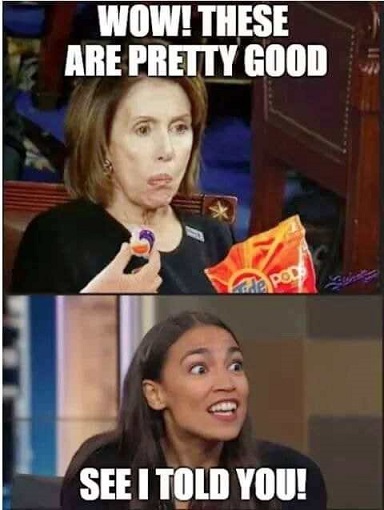 And there you have it…, the clueless leading the confused.

Lord, help us all.

2 thoughts on “Who exactly does Nancy “dazed and confused” Pelosi pray to?”