In the age of “bully awareness,” the mainstream media has unabashedly claimed the title of “bully.” 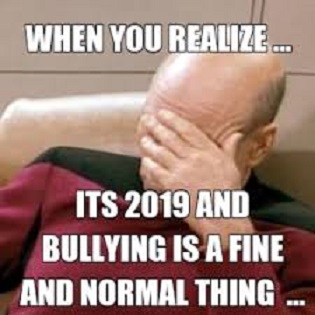 Every company and every organization has an anti-bullying policy these days.

The problem is with these liberals…, they think it only applies to them.

If you think differently than they do you’re fair game.

And when it comes to President Trump and his family, all bets are off.

In fact, liberals applaud other liberals for bullying “non-liberals.”

There’s a name for this…, it’s fascism.

Yes folks…, it’s one thing to mercilessly attack, constantly denounce, and shamelessly promote negative propaganda about The President…, but it’s completely another thing to heartlessly shun and verbally bully our First Lady. 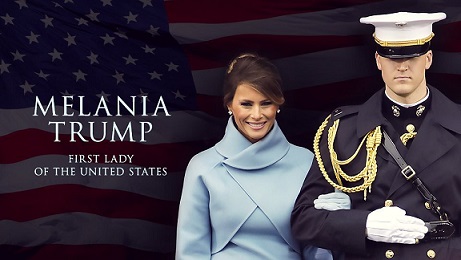 The mainstream media has left no doubt as to their shallowness, their extreme bias, their pettiness, and their ruthlessness.

The mainstream media should be ashamed of themselves…, but they won’t be.

I’m afraid we’ll all have to be ashamed enough for them.

What has caused me to focus my ire on the media you might ask?

Just the latest in a LONG line of snubs and bullying behavior towards our lovely and gracious First Lady, Melania Trump.

And not only by “online critics,” but by many media outlets.

“First Lady Melania Trump’s White House Christmas tree display, which she debuted on Sunday, is on the receiving end of online mockery.”

“Some critics said the first lady’s ‘Spirit of America’ video was reminiscent of a horror film, comparing some of its contents to the scary movie classic ‘The Shining.’”

Here is the link to the video…, you be the judge.

That was just terrible, wasn’t it?

What are these bullies and idiots talking about?!

It is just so obvious that these people just have a liberal propaganda ax to grind.

“This comes after the two previous exhibits — last year’s ‘blood red trees’ and 2017’s hallway of ‘sticks’ — were also compared to horror flicks such as ‘The Blair Witch Project.’”

‘“The Spirit of America is shining in the @WhiteHouse!’ the first lady tweeted Sunday night. ‘I am delighted to share this beautiful exhibit of patriotism for all to see, and excited for everyone to experience the beauty of the #Christmas season!’” 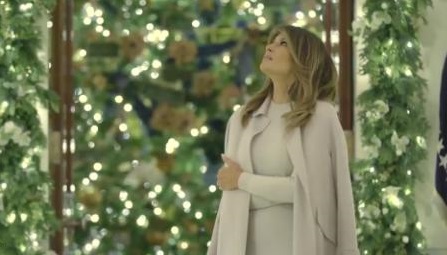 Case in point…, former first lady Michelle Obama “graced” the cover of over 35 magazines, many of them on multiple occasions, during President Barack Obama’s two terms in the White House.

It’s hard to even come up with names of 35 different magazines!

And how many magazine covers has Melania Trump been on?

And did you catch the title on the “Vogue” cover?  “Michelle Obama, The First Lady the World’s been waiting for?

Excuse me…, but I think I just threw up a little in my mouth!

The American people can surely recognize a bully when they see one, and the mainstream media is not treating Melania Trump fairly by any stretch of the imagination.

They’re all bullies…, and nobody likes a bully…, except other bullies. 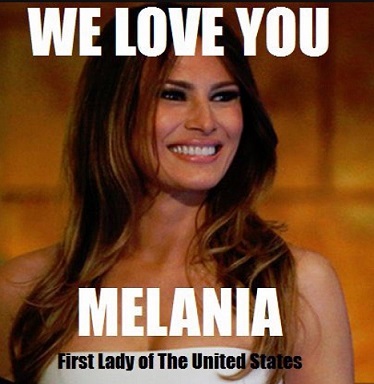