That my friends is job one.

There are other things we expect from our judges, but they are all secondary to job one.

With that in mind, let’s take a look at a recent case from the great state of Ohio.

According to David Aaro of Fox News, “An Ohio man with 36 driving suspensions and more than a dozen charges of operating a vehicle while impaired (OVI) has been indicted in the death of his wife following a car crash in October.”

So let’s be clear here.

This man’s license had been suspended 36 times, and he had “more than a dozen charges of operating a vehicle while impaired.”

And what does “more than a dozen” mean?  Don’t we actually know the exact number?

Saying “more than a dozen” seems to imply they don’t want to “pile on” here for some reason.

By all means…, let’s not embarrass this poor guy!

“Robert Ellis, 53, was driving eastbound on Alkire Road in Prairie Township on Oct. 16 just before 5 p.m. when he rounded a curve and struck a utility pole.” 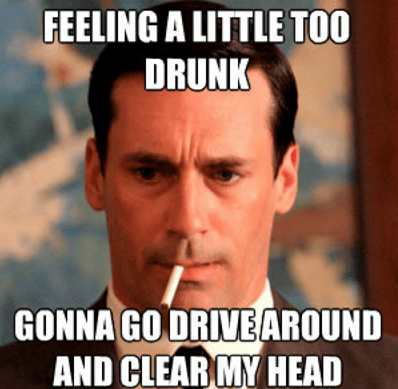 “His license was suspended at the time of the crash.”

It would be more interesting to know the last time his driver’s license wasn’t suspended!

“His wife, Dawn Ellis, 51, was in the passenger seat and was pronounced dead at the scene. Police said he had a blood-alcohol level of .185, more than double the legal limit during the time of the fatal crash, according to Fox 8. Neither person was wearing a seat belt.”

All I have to say is, “Thank God it was his wife and not my wife or your wife or someone else’s wife.”

‘“This is criminal behavior,’ Franklin County Sheriff Office Chief Deputy Jim Gilbert told Fox News. ‘The only way you’re going to stop him from getting behind the wheel is to incarcerate him. He’s a constant menace to the motoring public.’”

I would have thought a push to incarcerate this guy for a long period of time might have crossed someone’s mind quite a while ago.

“Gilbert added the most recent crash was his 16th time being charged with OVI, with two other charges being reduced to reckless operation. Ellis has been in an out of the jail system more than a dozen times, he added.  His various charges throughout the years include eight counts of domestic violence, stalking, disorderly conduct, petty theft, breaking and entering, assault and felony drug abuse.”

So on top of the 36 driver’s license suspensions and the 16 or so times of driving under the influence, this guy was found guilty of “eight counts of domestic violence, stalking, disorderly conduct, petty theft, breaking and entering, assault and felony drug abuse.”

And this is only the stuff he was caught doing! 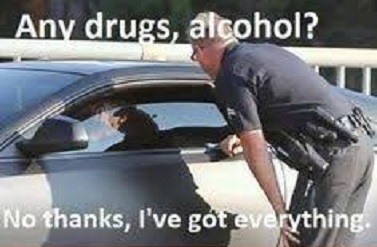 How much other stuff did he do where he didn’t get caught?

Can we all just agree that this guy needs to be terminated?

‘“While investigating this fatal traffic crash it was very clear to investigators that Mr. Ellis is one of the worst habitual repeat offenders of drunk driving we have seen,’ the Franklin County Sheriff’s Office said in a statement. ‘He has no regard for human life.’”

Now that, I would say, is the understatement of the year!

How many other cases are there that are similar, or even worse, than this one?

Is this how law abiding citizens deserve to be protected?

This kind of case just tells me we are all luckier than hell we don’t get killed every time we leave our homes.

And that is thanks to our inadequate laws and inept judges.

In “The Peoples’ Court, our judicial system is judged to be failing…, miserably.