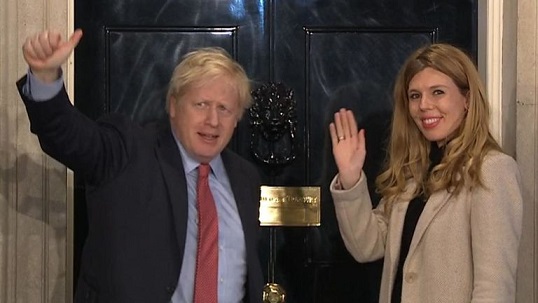 I believe the answer to that would be a resounding YES!

The democrat/liberal leadership in America realizes this as well.

The democrat/liberal leadership in America may be evil, but they’re not stupid.  That’s why they’re in a perpetual impeachment mode.  It’s their only option to stop President Trump and conservatism at this point…, even if they’re failing miserably at the attempt.

According to Adam Shaw of FOX News, “U.K. Prime Minister Boris Johnson’s Conservative Party was swept back into government Friday after an historic election night that saw opposition Labour Party strongholds across the country swing dramatically to the Tories — making Britain’s departure from the European Union a near-certainty, and immediately bringing a promise of a new trade deal from President Trump.

Note: “The Labour Party” in the UK is the equivalent to the Democrat Party in the US, and the “Tories” in the UK would equate to the Republicans in the US.

‘“Congratulations to Boris Johnson on his great WIN! Britain and the United States will now be free to strike a massive new Trade Deal after BREXIT,’ [President] Trump tweeted. ‘This deal has the potential to be far bigger and more lucrative than any deal that could be made with the E.U. Celebrate Boris!’”

“The Tories won 364 seats in the country’s 650-seat lower chamber, while Labour picked up just 203 — which would give the Tories a majority of 78. It marked a significant victory for the Tories, and a historic drubbing for the Labour Party of a kind they haven’t seen since 1930.

“A HISTORIC DRUBBING FOR THE LABOUR PARTY OF A KIND THEY HAVEN’T SEEN SINCE 1930!

That’s a loooong time and a lot of elections.

This is truly a “historic” and a very significant “drubbing.”

Of course, The Labour Party is calling the election victory “utterly devastating for the UK.”

A note to The Labour Party…, the people of the UK electing who they want to represent them in their country’s government is not “devastating” for the country.

It’s definitely devastating for The Labour Party, but not the UK.

Fair and free elections are the heart of a democracy.

One of the problems they, and we, have is that many of our elected officials need to be reminded they work for us and not the other way around.

The Labour Party in the UK, just like the Democrats in the US, tend to confuse what is best for their countries versus their warped and corrupt political goals.

The liberal media in the UK, much like the “biased, liberal propaganda, fake news media” in the US, failed to report that this was coming, and will, of course, downplay this historic event and/or spin it to fit their liberal narrative.

In other words, they’re going to choose to “double down” on their lies and misinformation for the sake of their political and social desires…, again.

The only problem with their plan is that this strategy obviously is not working, as the British electorate jus historically demonstrated.

“The night saw traditional Labour areas such as Burnley, Redcar, Stoke-on-Trent and Wrexham — with some seats that have been held by the party for decades — fall like dominos to the Conservatives. Many of those seats, often in working class areas, had voted in favor of Britain’s departure from the European Union in 2016, and had soured at the Labour Party’s anti-Brexit stance.”

The British people voted for Brexit in 2016, but The Labour Party felt it knew better than the people and fought to block Britain’s exit the last three years.

Well…, I guess the British people didn’t like being told what was best for them and responded in this election in an historic and overwhelming fashion.

I have a feeling the American people will have a similar message for the Democrats in 2020, regarding their unprecedented and continuous attacks on our duly elected president, President Donald Trump.

“As the results came in, Johnson declared that his party had been given ‘a powerful new mandate.’ In the morning, he promised to secure Brexit, as well as his agenda on everything from the health service to the economy to immigration.”

‘“And I repeat that in winning this election we have won votes and the trust of people who have never voted Conservative before and people have always voted for other parties. Those people want change. We cannot, must not, must not, let them down,’ he said.”

“[Jeremy] Corbyn, who had been on the fringe of the [Labour] party for decades, won the leadership in 2015 and had rejected the more centrist shift the party had taken under former Prime Ministers Tony Blair and Gordon Brown.”

Hmmmm.  Does that scenario sound familiar?

“The election will result in a Conservative Party dominance in the U.K. not seen since the days of former Prime Minister Margaret Thatcher — who won 397 seats in the 1983 general election.”

Vandana Rambaran of Fox News reports that, “In the U.S., liberal lawmakers had urged U.K. residents to vote against Johnson, who is a friend and ally to President Trump.”

That “urging” sure seemed to have a positive effect!

Believe me when I say that Alexandria Ocasio-Cortez hasn’t the foggiest notion of what the “working class” is, much less what would hurt them.

‘“This video is about the UK, but it might as well have been produced in the United States,’ Ocasio-Cortez wrote, touting her support for Corbyn, who has been accused of being an anti-Semite.”

A clueless liberal and an anti-Semite?  No wonder he has AOC’s support!

‘“The hoarding of wealth by the few is coming at the cost of peoples’ lives,’ she [AOC] said. ‘The only way we change is with a massive surge of *new* voters at the polls. UK, Vote!’”

I would like to make one small correction, however, Ms. Ocasio-Cortez.  You don’t just need a “surge of new voters” to help the liberal cause…, you need a surge of new misinformed and properly indoctrinated liberal voters. 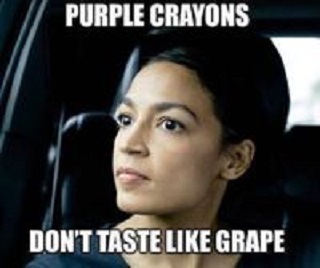 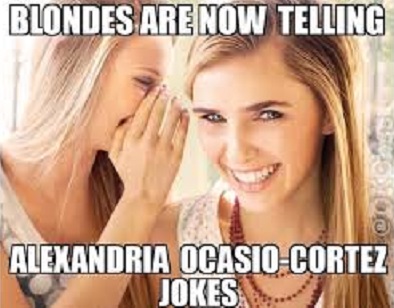 “Jess Phillips, a Labour Party candidate for Birmingham Yardley, expressed her devastation at her party’s defeat.”

‘“It feels like a punch in the stomach, she said.”

Would you like a kick in the a$$ to go along with that punch in the stomach?! 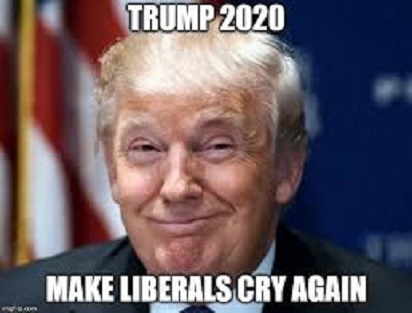