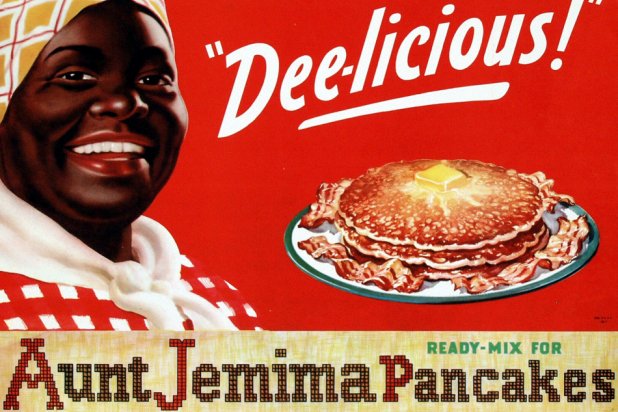 Yes…, your name, and your picture too!

According to Janine Puhak of Fox News, “Aunt Jemima is being rebranded with a new name and image, parent company Quaker Oats has announced, acknowledging that the face of the brand was ‘based on a racial stereotype.’”

“It was announced on Wednesday morning that the line of pancake mix, syrup, and other breakfast foods will be debut a new look as part of Quaker’s push to ‘to make progress toward racial equality.’”

‘“We recognize Aunt Jemima’s origins are based on a racial stereotype,’ said Kristin Kroepfl, vice president and chief marketing officer of Quaker Foods North America, in a statement shared with Fox News. ‘As we work to make progress toward racial equality through several initiatives, we also must take a hard look at our portfolio of brands and ensure they reflect our values and meet our consumers’ expectations.’” 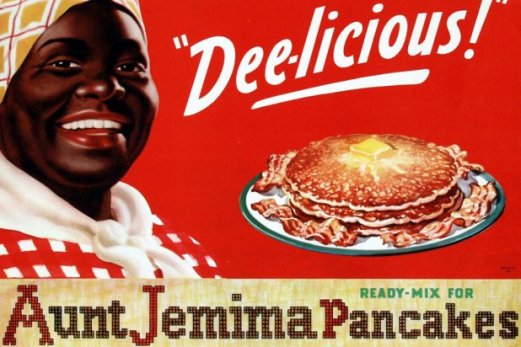 “Kroepfl added that while the parent company has tried to ‘update’ the Aunt Jemima brand through the years to be ‘appropriate and respectful,’ the time has come to scrap the current product in favor of a complete makeover.” 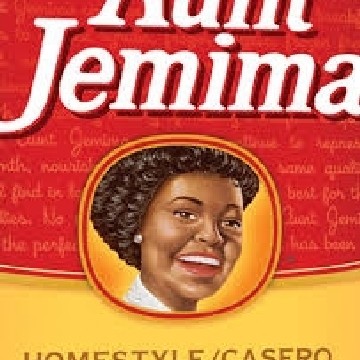 ‘“We acknowledge the brand has not progressed enough to appropriately reflect the confidence, warmth and dignity that we would like it to stand for today,’ Kroepfl stressed. ‘We are starting by removing the image and changing the name. We will continue the conversation by gathering diverse perspectives from both our organization and the Black community to further evolve the brand and make it one everyone can be proud to have in their pantry.’”

So, you want to “appropriately reflect the Black community?”

Maybe the new “Aunt Jemima” should be a rioter with a mask on?

Maybe on the back of the box, you could include instructions for making Molotov cocktails?!

The inspiration for “Aunt Jemima” was Billy Kersands’ American-style minstrelsy/vaudeville song “Old Aunt Jemima”, written in 1875. The “Aunt Jemima” character was prominent in minstrel shows in the late 19th century.

“Aunt Jemima” is based on the common stereotype of the “mammy” character who was hired to do the cooking and housework, back in the day. 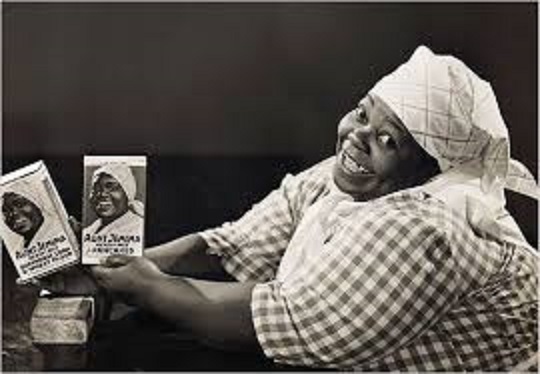 The Quaker Oats Company purchased the Aunt Jemima Mills Company in 1926, and formally registered the Aunt Jemima trademark in April 1937.  It remains one of the longest continually running logos and trademarks in the history of American advertising…, at least up until now.

“It was announced on June 17 that the line of pancake mix, syrup, and other breakfast foods will be debut a new look as part of Quaker’s push to ‘to make progress toward racial equality.’”

“The new packaging will be unveiled in fall 2020, with the product line’s new name revealed at a later date.”

Won’t it be great that the Black community will finally experience racial equality as a result of ditching Aunt Jemima?

“Through the next five years, Quaker said, the food conglomerate will donate at least $5 million to ‘to create meaningful, ongoing support and engagement in the Black community.’”

Translation:  Quaker will be donating $5 million to the democrat party…, for which none of the money will benefit the Black community directly.

“Earlier this year, Land O’ Lakes removed the ‘racist’ image of a Native American woman from its packaging, a logo featured on the butter brand’s label for nearly 100 years.”

Again…, pathetic.  There was nothing “racist” about the image.

And what about sports team names?

The Washington Redskins?  This one should go.  Redskins?  Really?  And this is our nation’s capitols’ team?

It doesn’t seem to bother these black guys.

The Cleveland Indians?  This one should go as well.

The Cleveland Browns?  Would The Washington Whites be okay?

The Redskin’s ownership has said they are finally ready to change their name.

Keep your eyes on the rest.  After the Redskins, the others will probably start dropping like flies as well.

Alexandra Deabler of Fox News reports that, “Uncle Ben’s rice may be getting a new logo after Quaker Foods announced it would be changing the name and image on its Aunt Jemima brand in a bid to “make progress toward racial equality.” 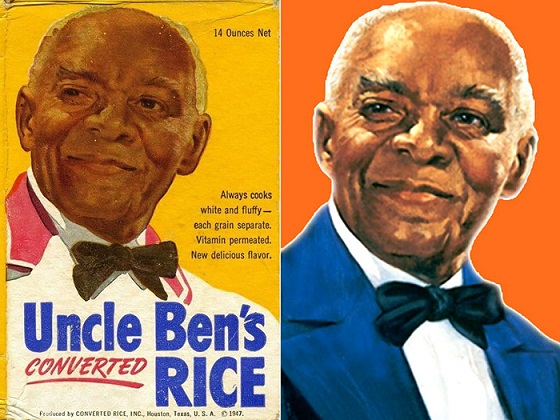 “Mars Inc., which owns Uncle Ben’s, told Fox News on Wednesday that it was looking into updating the rice brand’s image.”

‘“As a global brand, we know we have a responsibility to take a stand in helping to put an end to racial bias and injustices,’ a spokesperson for Mars, Inc., said in an emailed statement to Fox News. ‘As we listen to the voices of consumers, especially in the Black community, and to the voices of our Associates worldwide, we recognize that now is the right time to evolve the Uncle Ben’s brand, including its visual brand identity, which we will do.’”

Perhaps they should change the name to Uncle Karl’s and use the image of Karl Marx on their products?!

Black Lives Matter (BLM) isn’t really concerned about black lives at all.  They are only concerned with destroying America and establishing communist rule.

Mars, Inc. are obviously a bunch of uninformed and misguided fools.

‘“Racism has no place in society,’ the company said. ‘We stand in solidarity with the Black community, our Associates and our partners in the fight for social justice.’”

So, they’re saying every other race are racists, except blacks?

‘“We know to make the systemic change needed, it’s going to take a collective effort from all of us – individuals, communities and organizations of all sizes around the world.’”

FYI, Mars, Inc., the rest of the world really has no interest in doing anything about social injustice or racial inequality. 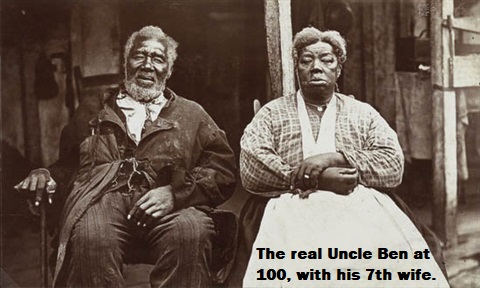 “Since 1946, Uncle Ben’s products have carried the image of an elderly African-American man dressed in a bow tie, said to have been a Chicago maître d’hôtel named Frank Brown. According to Mars, Uncle Ben was an African-American rice grower known for the quality of his rice. Gordon L. Harwell, an entrepreneur who had supplied rice to the armed forces in World War II, chose the name Uncle Ben’s as a means to expand his marketing efforts to the general public.”

Maybe everything should be called “Rainbow” whatever?

Although, there isn’t any white in a rainbow.

But there isn’t any black or brown in a rainbow either.

Maybe we should just package stuff in a plain white box or bag with plain black lettering?

Well, maybe not…, you know, the whole white and black thing.

Maybe just put everything in clear bags or boxes without any writing!

That way we can see what’s inside, and we don’t need any advertising or writing on the package!

In the case of pancake mix, we would just have to guess what the powder is.

Isn’t the advancement of civilization great?!

One thought on ““Tis but thy name that is my enemy.” – Shakespeare”