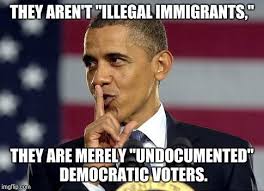 I would argue that both scenarios are just as serious in their own rights.

Just as violating someone’s civil rights to cast a vote is a serious crime, with stiff penalties, so too it should be a very serious crime to negate, or steal, the vote of others by casting illegal/fraudulent ballots.

If we as a country cannot be confident in the integrity of our elections, we are on a slippery slope towards anarchy.

Our voting laws and procedures should also strike a balance between the right to vote and the right to have your vote count.

All US citizens should be eligible to vote, of course, along with the following considerations:

There should be no early voting.  Voting should take place on one day.  This one day should be a national holiday, so everyone has time to vote.

There should be no absentee voting or mail-in ballots, except for people serving our military or government overseas, and this should be strictly controlled.

A photo ID should be required.  Either a driver’s license or a state ID card, with an address of residence.

Along with the photo ID, a social security card should also be presented, identifying the person as a US citizen.

Just recently I read an article by Lukas Mikelionis of Fox News.  In his article, he points out that, “The names of non-US citizens are increasingly being found on our voter rolls, thanks to covert registration methods, with nothing actually stopping them from casting a ballot in an election.”

In a recent example, Mikelionis relates the story of Elizaveta Shuvalova, a Russian citizen who became a U.S. citizen only last year in 2017, but was oddly registered as an eligible voter in 2012 and added to the San Francisco voter rolls, according to The Washington Times.

“She was perplexed to find herself in the voter rolls, saying she wasn’t an American citizen and didn’t even register to vote.”

“‘I’ve never registered for anything in my entire life,’ Shuvalova told the paper. ‘This is news to me.’”

He went on to explain that, “The woman’s voter log shows that she signed up as a Democrat in July 2012.  In 2016, her registration was canceled after she informed election authorities that she wasn’t eligible to vote because she wasn’t yet a U.S. citizen.”

(Hmm, she was illegally signed up to vote as a democrat of all things!  How unusual…NOT!)

“‘This is definitely a shocker to me.  It is like an identity fraud because this is not coming from me,’ the woman, who identifies as a Democrat, said. ‘Like I told you, I haven’t even been a citizen during that time frame.  So what can we do about it?’”

“But the case of Shuvalova is part of a larger concern some groups have when it comes to the integrity of our elections.  They claim that stories like hers are a common occurrence in many parts of the country.”

“The Public Interest Legal Foundation (PILF), a nonprofit specializing in election integrity, found that non-Americans are being added to voter rolls in states such as Pennsylvania, New Jersey and Virginia as well.”

“For instance, in 2017, the group found that nearly 5,600 people on the voter rolls in Virginia were deemed as non-citizens, with a third of them voting in previous elections.”

(That equates to 5,600 actual citizens being robbed of their vote by having their vote cancelled out in many cases!)

“‘All of this could have been prevented if states actually verified citizen eligibility upfront,’ said PILF research director Logan Churchwell.”

“John Arntz, director of the San Francisco Department of Elections, told the Times that a signed registration card was submitted to the office to qualify the woman as a signer of the petition.  He added that activists often distribute registration cards along with their petitions.”

“Normally, election authorities should check the registration application with other databases such as the state’s Department of Motor Vehicles and the secretary of state’s office to ensure the person is a citizen.”

(Yes, Mr. Arntz, checking these databases should be done, but apparently it isn’t being done, and you don’t seemed too overly concerned about it either.)

“The San Francisco election official said that Shuvalova could have easily gotten away with voting in elections before 2016 and she probably would have remained on the voter rolls as an eligible voter had she not informed officials.”

(Just another example of those damn Russians, oops, I mean those damn Democrats, meddling in our elections!)

“But Arntz told the Times that the woman’s story isn’t a reflection on whole the integrity of the election system.  (Of course it isn’t!)  ‘If it was a problem, this would be an issue that comes up every election or something we would have experienced more through time.  But it doesn’t,’ he said.”

(Oh, it happens alright.  You just haven’t been forced to acknowledge it until now.)

“‘I can’t remember forwarding an allegation that someone was a non-citizen who registered to vote or did vote,’ Arntz said.  He added that, ‘Nobody in San Francisco has yet been prosecuted for being a non-citizen on the voter rolls.”

NOTE:  If you liked my blog today, please scroll down to the bottom of the page and click the “Follow” button.  That’ll keep you up to date on everything I post.  Thank you, MrEricksonRules.

One thought on ““Voting is such sweet sorrow that I shall say ‘one vote per citizen’ till it be morrow.” ― Will Shakespeare (not to be confused with William Shakespeare)”