… and MSNBC is right there with them.

According to Joseph A. Wulfsohn of Fox News, “CNN’s Don Lemon defends importance of ‘Sharpiegate’ coverage: ‘This is a news story.’”

It sure doesn’t take much for the “biased, liberal propaganda, fake news media” to “jump on” President Trump.

In this case, it was just because a line was drawn on some map showing an additional area of potential concern at the time, regarding Hurricane Dorian.

“CNN anchor Don Lemon offered a passionate defense of what he had referred to as ‘Sharpiegate,’ the controversy of the Hurricane Dorian map President Trump presented in the White House that included a marking near Alabama on a map of the storm’s projected path.” 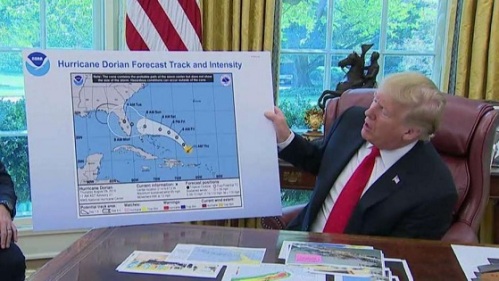 This is something Lemon chooses to be “passionate” about?

“Trump has been criticized for tweeting Sunday morning that Alabama was among the states expected to be affected by the hurricane. Forecasts at the time from the National Weather Service, however, projected that the state would be spared.”

Well, gentlemen…, forecasts change.  What else can we tell you?  Big deal.

What is CNN trying to insinuate here?  That President Trump intentionally tried to give the people there false information?

I really don’t think so.

“On CNN, Lemon defended the heightened attention the controversy has gotten.”

Well, of course he did.

‘“You know, I hear the president’s apologists saying, ‘Oh, it’s petty. You shouldn’t be focusing on it. No, this is a news story,’ Lemon began. ‘This is the president of the United States and if you can’t trust what’s coming out of the president of the United States’ mouth, then where are we? Who are we, especially as journalists? Why wouldn’t we cover that? You’re supposed to be able to trust the president. … Accurate information should be coming from the highest office in the land instead of doubling down on what, quite frankly, is not the truth.’”

A NOAA spokesperson said: “From Wednesday, August 28, through Monday, September 2, the information provided by NOAA and the National Hurricane Center to President Trump and the wider public demonstrated that tropical-storm-force winds from Hurricane Dorian could impact Alabama. This is clearly demonstrated in Hurricane Advisories #15 through #41, [which can be viewed on the NOAA website].  The Birmingham National Weather Service’s Sunday morning tweet spoke in absolute terms that were inconsistent with probabilities from the best forecast products available at the time.”

Why exactly would any apology be required?

And yes, Mr. Lemon, you are being very “petty” here.

And President Obama repeated this lie over 20 times all around the country!

Did our friends at CNN lose their trust in President Obama at the time?

Did our friends at CNN even both to question what the Politifact.com website termed “The lie of the year?”

But this they choose to make a big deal about?

It just goes to show…, again, the biased negative treatment that is reserved for President Trump.

“Lemon’s colleague Chris Cuomo piled on the president [you don’t say], insisting the ‘bar’ for credibility from the White House is low and that Trump has ‘put himself first’ over all other considerations as he performs his duties.”

“Cuomo then blasted White House press secretary Stephanie Grisham for going after CNN over a botched graphic in which the network mislabeled Alabama as ‘Mississippi.’” 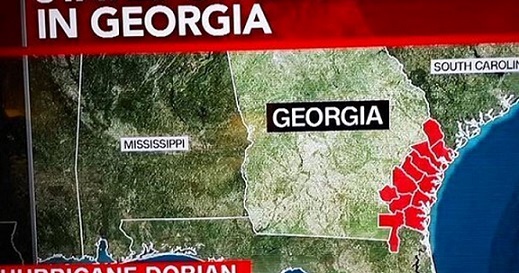 “Hi @CNN, I know you guys are busy analyzing lines on a map, but perhaps you use your time to study up on U.S. geography?” pic.twitter.com/kVgifHfPK4

So, as usual, CNN can dish it out but it can’t take it.

‘“Here’s the thing… nobody’s perfect. No organization is perfect. When we make a mistake, what do we do? We say “We made a mistake, we’re sorry” and we correct it.’ Lemon responded. ‘Simple as that. That is the big difference. If you’re the president of the United States … ‘I made a mistake… my bad. There’s a lot going on… let’s move on.’ We would not be talking about it right now.’”

Ha!  Well that doesn’t seem to be the case here does it?  CNN didn’t just move on as “simple as that.”

In fact, just the opposite.  They won’t drop the matter and continue to be inflammatory towards The President and his Press Secretary.

“Thanks, Stephanie,” CNN responded via Twitter, ‘Yes, we made a mistake (which we fixed in less than 30 seconds). And now we are admitting it. You all should try it sometime,’ per Shawn Langlois of MarketWatch.” 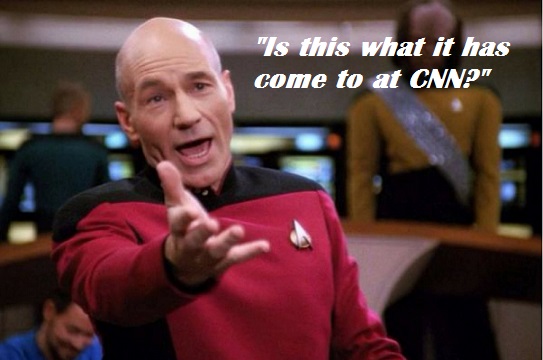 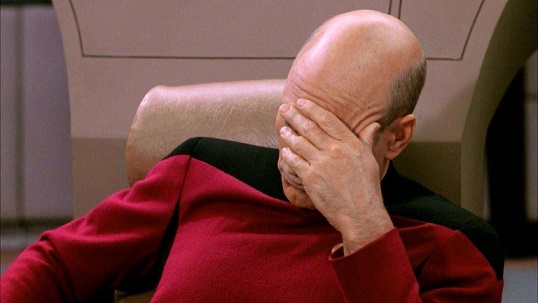 Not be out done…, MSNBC’s Joe Scarborough warned, “‘There Are Consequences’ to ‘SharpieGate’ and Foreign Leaders Seeing Trump ‘This Unstable,’ According to Lindsey Ellefson of The Wrap.

‘“So much of this is just farce and I’ve gotten to the point I don’t pull my hair out at the ignorance and the nonsense, but in a case like this, he panicked people in Alabama. Now he’s lying about it,’ the ‘Morning Joe’ host said, contrasting Trump with previous presidents whose ‘attention and focus was on protecting people who were in the path of the storm.’”

We’re so quick to call someone a “liar” now, aren’t we Joe?

You’re absolutely sure about that now are you?

I never heard you call Barack Obama a “liar.”

In fact…, I never heard you call any democrat a “liar.”

‘“Of course, the whole world is watching. There are consequences, in Russia, China, Saudi Arabia, and across the world, that our leader seems this detached and this unstable, emotionally,’ said Scarborough.”

Believe me…, you NEVER saw these types of adversarial comments when it came to the Obama administration.

The double standard is very plain for all to see…, if you’re interested in seeing what’s actually going on that is.