According to Brie Stimson of Fox News. “[Adam] Schiff says Obama would have been impeached if he asked Russia to investigate Mitt Romney.”

Excuse me, but I’m a little “verklempt” at the moment.

I mean…, granted…, none of us expect politicians to be complete honest all of the time…, but with you, these out and out lies are coming at us on a daily basis now! 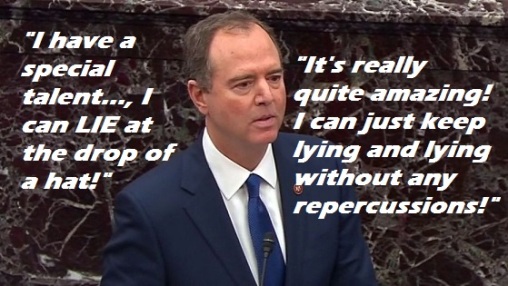 And with a complicit media, no one calls you on anything, which seemingly gives your lies a level of credibility. 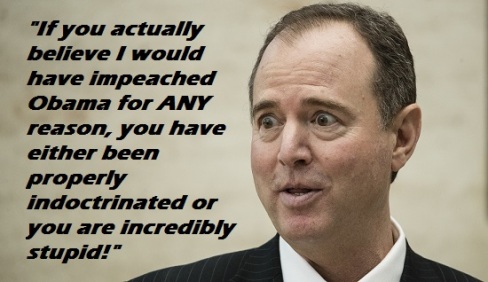 If anyone out there believes Adam Schiff and the democrats would have impeached President Barack Obama for ANY reason, please raise your hand.

Okay…, now if you have your hand raised, smack yourself in the face with it to wake yourself up!

If that didn’t help, smack yourself again.

In fact, keep smacking yourself until you come to your senses and realize I’m right.

This whole potential scenario was raised by an Impeachment question submitted by one of the Senators: “Would Obama hypothetically have had the authority to seek investigation of Romney’s son?”

“House manager Adam Schiff, D-Calif., Wednesday said former President Obama would have been impeached if he had done what President Trump has been charged with in the first article of impeachment.”

The Presidents defense team and “shifty” Schiff also “… referenced the time President Obama was caught on a hot mic in 2012 telling former Russian President Dmitry Medvedev he would have more ‘flexibility’ after his re-election.” 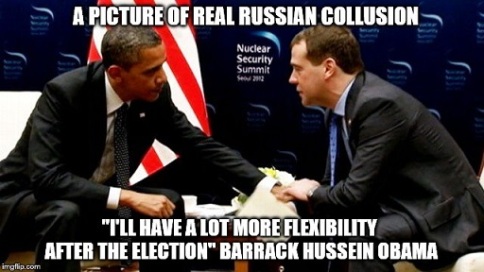 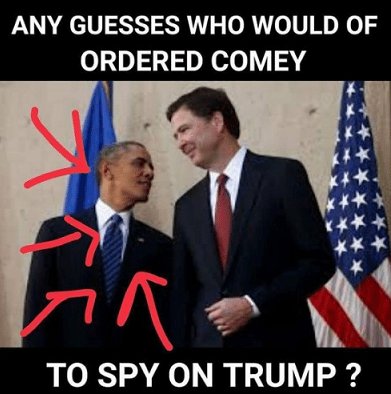 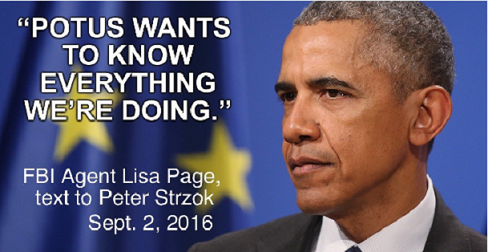 So please…, don’t even go there, Mr. Schiff. 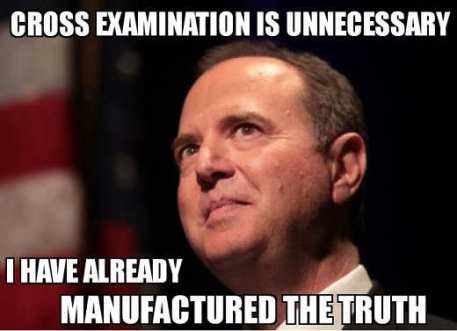 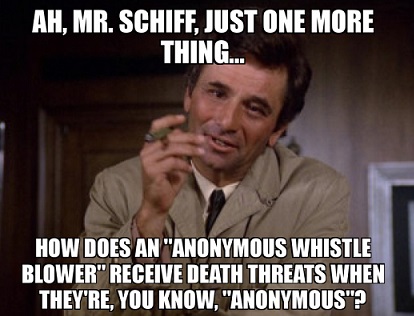 We know you think your supporters are gullible enough to swallow what you’re feeding them…, and we know you think President Trump’s supporters are ignorant hillbillies…, but we’re not ignorant…, we just have our eyes wide open and we see you for what you are…, just a plain old socialist, anti-American, Trump hating liar. 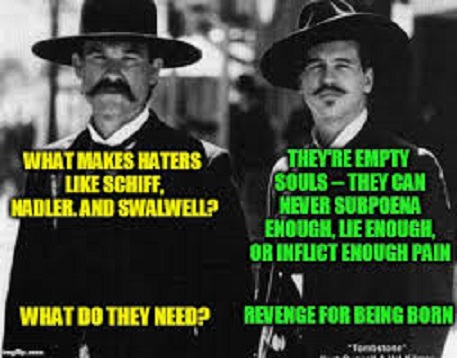 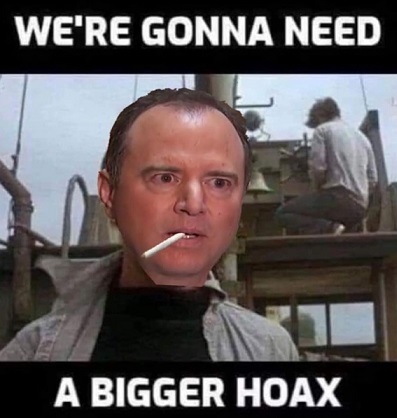 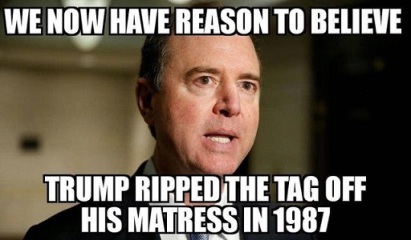