According to David Aaro of Fox News, “Researchers on Monday said they found the first animal out of millions of known species that can survive its entire life without oxygen.”

The Henneguya salminicola (H. salminicola) normally lives in the muscle of its salmon host. The 10-celled creature has evolved to the point where it doesn’t breathe at all, according to a study published in the National Academy of Sciences.”

‘“Aerobic respiration was thought to be ubiquitous [“present, appearing, or found everywhere,” for all of you hillbillies out there like me] in animals, but now we confirmed that this is not the case,’ said Dorothée Huchon, a zoologist at Israel’s Tel Aviv University in a press release. ‘Our discovery shows that evolution can go in strange directions. Aerobic respiration is a major source of energy, and yet we found an animal that gave up this critical pathway.’” 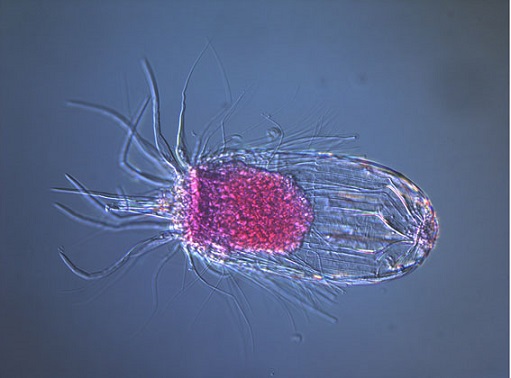 Okay, doc…, I may not have known what “ubiquitous” means, but I’m smart enough to not assume this animal “gave up” its ability to breathe via some reverse evolution process.

I’m also honest enough to admit it when I don’t know something.

The possibility that this creature was designed and created this way is not even considered.

This is just another example which shows these scientists don’t know everything, and actually they know very little in the grand scheme of things.  They don’t even know what they don’t know!

“The new discovery could impact a common understanding between scientists that multicellular life needs oxygen to live on Earth.”

I would say it definitely does “impact a common understanding between scientists that multicellular life needs oxygen to live on Earth,” or anywhere else for that matter.

“Using deep sequencing approaches, the study found the H. salminicola has no mitochondrial DNA — normally containing the genes for respiration — which means the parasite ‘lost the ability to perform aerobic cellular respiration.’”

Why do these “scientists” always have to interject their evolutionary biases into everything.

It’s not just me…, you can see this as well, right?

“It’s not clear how the H. salminicola survives without oxygen, but Huchon — who led the study — said it might be taking energy from the fish. He added that the parasite’s anaerobic traits were an accidental discovery.”

‘“It’s not yet clear to us how the parasite generates energy,’ Huchon said. ‘It may be drawing it from the surrounding fish cells, or it may have a different type of respiration such as oxygen-free breathing…it has shed unnecessary genes responsible for aerobic respiration and become an even simpler organism.’”

“The parasite is a myxozoan relative of jellyfish and corals that reportedly causes disease or cysts in the flesh of its salmon host, but is harmless to humans.”

Excuse me if I take that “harmless to humans” part with a grain of salt.

“Mitochondrial respiration has been an ancient characteristic of multi-cell organisms on our planet. Every cell in our bodies except red blood cells has large numbers of mitochondria, according to science alert.”

“They are essential for breaking down oxygen to produce adenosine which provides energy to drive many processes in living cells.”

“A few single-cell organisms lost the ability for aerobic respiration, but never in animals, the study said.”

‘“It is generally thought that during evolution, organisms become more and more complex, and that simple single-celled or few-celled organisms are the ancestors of complex organisms,’ Huchon concluded. ‘But here, right before us, is an animal whose evolutionary process is the opposite.’”

So when we discover a creature that flies in the face of the “evolutionary process” [macro-evolution that is], they don’t question the validity of the process, they just write it off and keep right on going.

So, how far are we away from the parasitic aliens like the creatures from “The Thing” or the “Alien” series of movies? 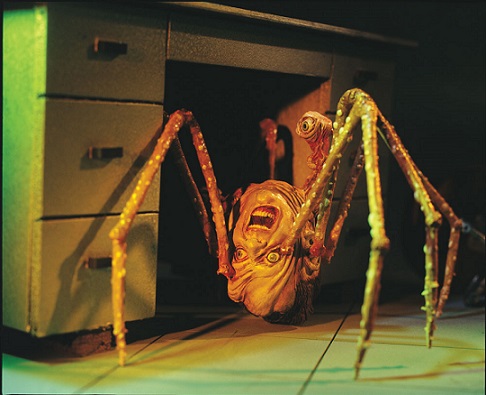 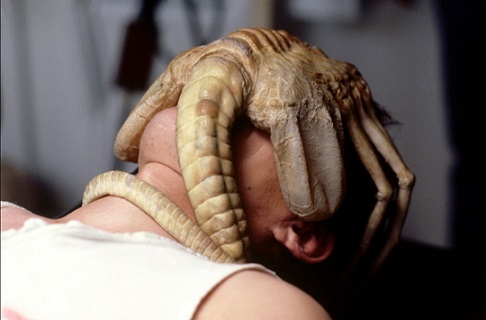 We may still be pretty far away, but we definitely are closer!