Yes, democrats, and the fake news media…, “Be careful what you wish for…, because you just might get it!

As they continue searching for anything to criticize The President about, the democrats and the fake news, liberal propaganda, media has latched onto The Defense Production Act…, demanding President Trump invoke this law and use it towards alleviating the shortages for medical equipment that we’re facing. 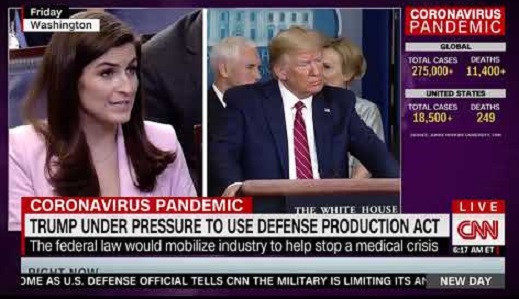 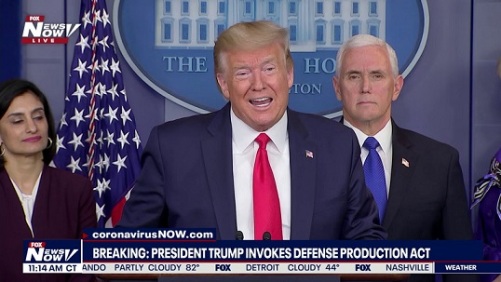 In fact, in his first “coronavirus update,” Sleepy, Creepy Joe Biden hung his hat on this recommendation and usage of the law as well. 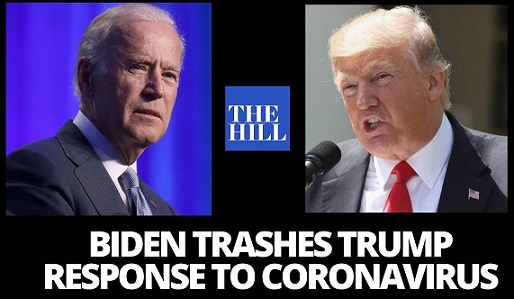 So…, what exactly is the Defense Production Act?

According to Eric Tucker, for The Associated Press, “The Defense Production Act of 1950 was signed by President Harry S. Truman amid concerns about supplies and equipment during that war. It’s been invoked multiple times since then to help the federal government for a range of emergencies including war, hurricanes and terrorism prevention.”

“The act gives the federal government broad authority to direct private companies to meet the needs of the national defense.  Over the decades, the law’s powers have been understood to encompass not only times of war but also domestic emergency preparedness and recovery from terrorist attacks and natural disasters.”

“The act authorizes the president to require companies to prioritize government contracts and orders seen as necessary for the national defense, with the goal of ensuring that the private sector is producing enough goods needed to meet a war effort or other national emergency.”

According to Peter Sullivan, of The Hill, “President Trump on Sunday rejected calls from governors, hospitals and others to direct companies to ramp up production of critical supplies for the coronavirus fight through the use of the Defense Production Act.”

“[President] Trump argued that he has used the Defense Production Act (DPA) as leverage in negotiations with companies to get them to produce supplies and equipment for the coronavirus fight.”

‘“We’re a country not based on nationalizing our business. Call a person over in Venezuela,’ Trump told reporters. ‘How did nationalization of their businesses work out? Not too well.’”

“[President] Trump has been under increasing pressure to use his powers under the DPA to direct private companies to increase production of supplies such as masks and other protective gear for health care workers as well as ventilators, which allow seriously ill people to breathe.”

“New York Governor Andrew Cuomo (D) warned that prices for crucial masks had spiked from $0.85 to $7 apiece and urged the federal government to step in.  ‘The Federal Government should immediately use the Defense Production Act to order companies to make gowns, masks and gloves,’ Cuomo tweeted Sunday.”

Well, Mr. President, perhaps you should reconsider your stance, and start putting Defense Production Act to good use!

MrEricksonRules would immediately order The Washington Post and The New York Times to suspend the printing of their papers switch over to producing toilet paper to meet the national shortages there. 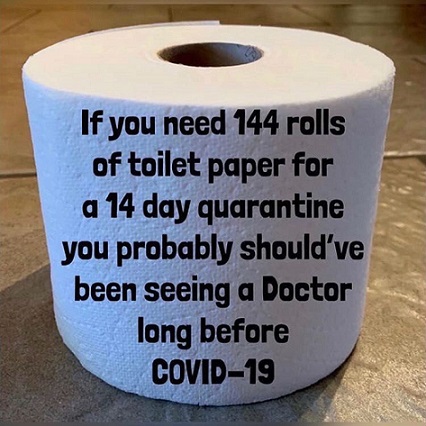 They could still print their articles on the TP if they want to.  In fact, more people would probably read their articles as well under this scenario!

Next, I would order CNN, MSNBC, NBC, ABC, CBS and NPR to use their employees to support the temporary hospitals in New York, by helping with cleaning the bathrooms, taking out the garbage, and generally keeping the facilities clean!

There…, now wouldn’t that be fun!

This would also be a win-win scenario…, as they would be helping out the cause by supporting coronavirus treatment facilities, and at the same time they would not have the time to continue to ramp-up the hysteria about the coronavirus and continue their unceasing attacks on President Trump.

So, yes, democrats, and the fake news media…, “Be careful what you wish for…, because you just might get it! 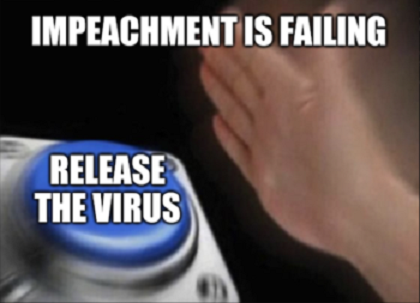 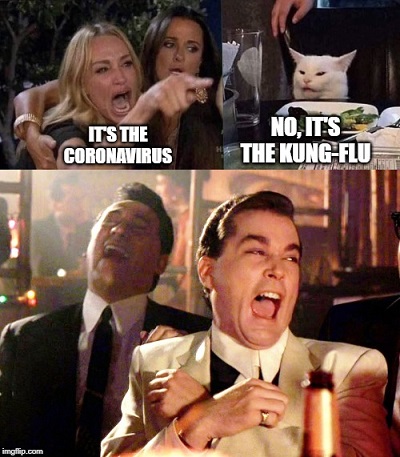 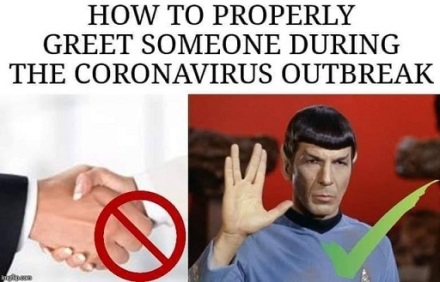