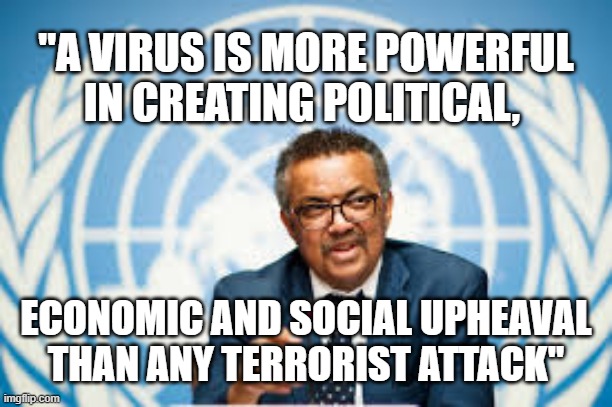 According to Barnini Chakraborty of Fox News, “The World Health Organization (WHO) continues to lavish China with praise for their handling of coronavirus crisis.”

“Valentine’s Day may have been three months ago, but the sometimes too-close-for-comfort relationship between the World Health Organization and China is still burning bright.”

“WHO officials renewed their praise for China and its handling of the coronavirus pandemic, citing Beijing’s ‘openness’ to the prospect of scientific inquires involving foreign experts into the origins of the contagion.”

“WHO’s emergencies chief Dr. Michael Ryan said he has ‘day-to-day’ discussions with colleagues in China and commended the country for working well with other nations eager to understand the animal origins of COVID-19.”

‘“I am very pleased to hear a very consistent message coming from China, which is one of openness to such an approach,’ Ryan said.”

Thanking China for their openness and cooperation at this point is like thanking the NAZIs for appearing at the Nuremberg Trials!

“At a Geneva news conference Monday, Ryan said he didn’t believe a date had been set for an international mission to be sent to China to explore the origin of the virus, ‘but we look forward to doing that as soon as possible.’”

“The symbiotic relationship China enjoys with the WHO has been repeatedly criticized by the United States.”

I wouldn’t go as far as to say, and generalize that “this relationship has been criticized by the United States.”

President Trump and certain conservatives have criticized this relationship.

The democrats and their friends in the liberal propaganda media tend to side with the WHO regarding China’s behavior.

“President Trump has called the WHO a ‘pipe organ’ for China in its handling of the deadly outbreak that’s infected 5.5 million people and killed more than 347,000 worldwide.”

“Trump also pointed to unsubstantiated claims that the virus was created and/or leaked from a lab in the Chinese city of Wuhan, the epicenter of the crisis. Lab officials, the WHO and China have denied the claims.”

Wait…, what are those numbers again?

Please think about those numbers.

That means even though the virus started in China, they’ve only experienced 1.5% of the cases and 1.3% of the deaths?

I’m sorry, but either they’re way under-reporting their numbers, or they knew what they were dealing with much earlier and from the start.

Dr. Tedros Adhanom Ghebreyesus is the Director of WHO, and not a medical doctor.  He is the first non-physician in the role.

Tedros has said that China “bought the world time with their actions,” even though China banned domestic travel within their own country, but allowed flights to go all over an unsuspecting world, spreading the virus far and wide. 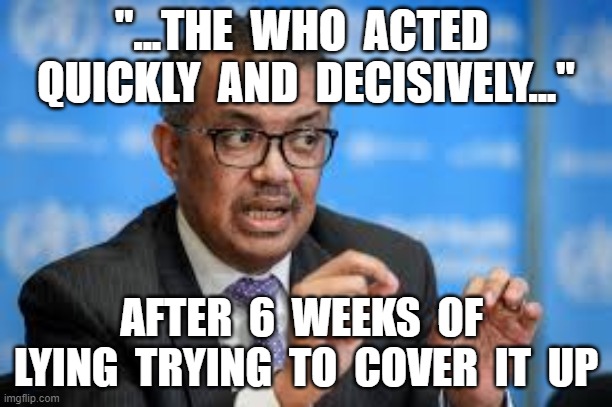 That action alone should be considered a biological act of war against the world by China.

I’m sorry, but how else can this be viewed?

And China certainly didn’t buy the world any time.

They sentenced 350,000 innocent people to death, and that number is still growing.

But our own, esteemed, Dr. Fauci praises Tedros and feels he’s doing a good job.

Doing a good job as being a front man for China, perhaps, but that’s about it.

And the United States plays the fool again…, pumping over $115 million dollars annually into this bogus organization, while China pays $57 million, and other countries pay much less than that.

Just another case of, “thank you, sir, may I have another?”

And, of course, the democrats and the liberal propaganda media are criticizing President Trump for even suggesting we cut our funding to the WHO, or at least lower our level of funding.

Really, whose side are these people on? 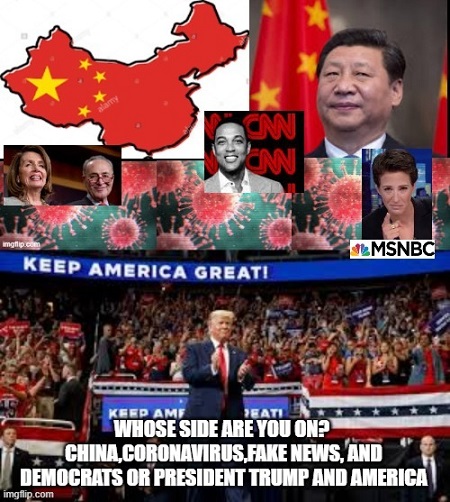