Yes, my friends, the NBA (The “National Bewildered Airheads” league), also sometimes known as the National Basketball Aassociation, is at it, again.

The league, its commissioner, and 99.9% of its players, are now back to displaying their ignorance, stupidity, and greed, on a nightly and daily basis…, led by their own social justice czar, comrade SheBron, er, I mean comrade LeBron James. .

“CNN’s Wolf Blitzer ignored the subject during interview with the NBA commissioner.”

Just another example of “propaganda by omission.”

“From human rights abuses to the treatment of Hong Kong, the NBA’s stance on China is ‘very disappointing,’ says Arkansas Sen. Tom Cotton, Republican member of the Senate Intelligence Committee.”

Not to mention “very disingenuous.” 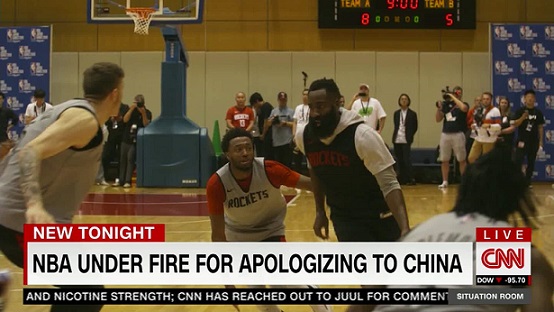 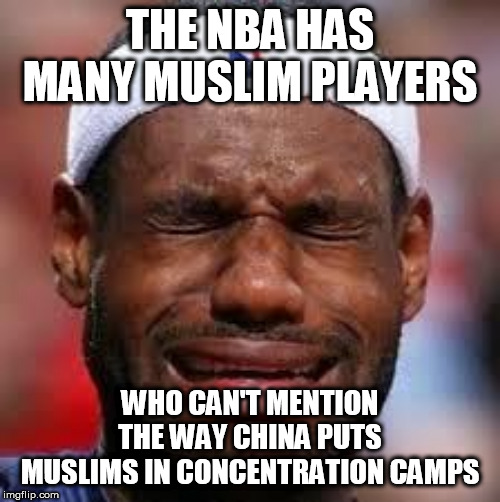 “ESPN ran earlier this week an explosive story about human rights abuses that allegedly took place at the NBA’s training academies in China, but viewers of CNN and MSNBC have been kept in the dark about it.’ 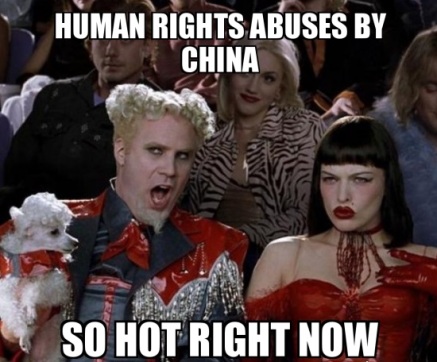 “The bombshell report alleged that the young participants in the NBA program were physically beaten by Chinese instructors and were not provided proper schooling, despite commissioner Adam Silver’s previous commitment that education would be ‘central’ to the program.”

Oh, “Education” is central to the program alright!

The Communist Party of China is “educating” these kids real good, although their idea of “education” may not be the same as Adam Silver’s, or then again, maybe it is.

Did I mention that Adam Silver hails from Uranus?  The planet Uranus? 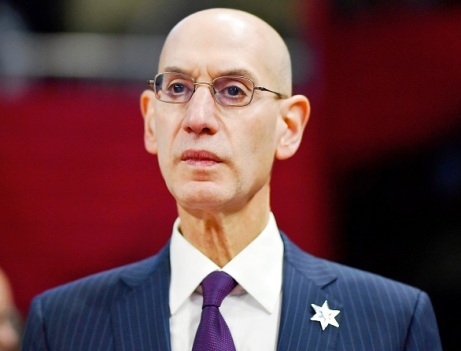 Anyway, “A former league employee compared the atmosphere when he worked in Xinjiang to ‘World War II Germany,’ ESPN reported.”

That would be some kind of comparison to the Nazi fascists, I suppose.

Hey…, that just means this Communist Chinese “education” is quite similar to the “education” our college students receive here in The States!

It’s more of an indoctrination than an education.

“Instead, Blitzer spent the roughly 16-minute interview discussing the NBA’s ability to resume its season amid the coronavirus outbreak.”

“CNN is notably a TimeWarner-owned sister network of TNT, which has a major partnership with the NBA.”

And, of course, Blitzer disclosed this partnership, right?

“Both liberal networks had also failed to address the reportedly abusive training academies on their websites, as of Thursday night.”

See no evil, hear no evil, speak no evil. 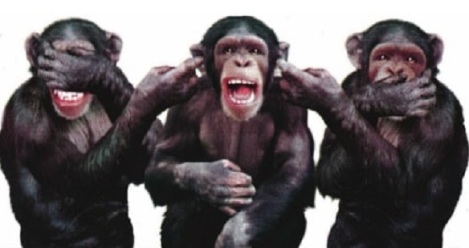 “ESPN’s report detailed how the NBA training academies in China appeared to be largely under the control of the Chinese government.”

Just to let these people know…, EVERYTHING in China falls “largely under the control of the Chinese government.”

“Multiple NBA employees filed complaints about how they witnessed Chinese coaches ‘strike teenage players’ and the lack of education provided to the young participants.”

“One former coach told ESPN he watched a Chinese coach ‘fire a ball into a young player’s face at point-blank range and then ‘kick him in the gut.’”

Hmmm…, sounds like the rioters’ treatment of some of our police officers.

So, what’s the problem?

“According to ESPN, NBA officials asked current and former employees not to speak to the sports network about the exposé, with one email from a public relations official reading, ‘Please don’t mention that you have been advised by the NBA not to respond.’”

Such candor…, such transparency, such support of social justice on display here!

‘“You can’t have it both ways,’ one former employee told ESPN. You can’t be over here in February promoting Black History Month and be over in China, where they’re in reeducation camps, and all the people that you’re partnering with are hitting kids.’”

It’s in the Geneva Convention!

It says right in there that the NBA is “allowed to be as stupid and hypocritical as it deems necessary!”

“Over the past year, the NBA’s intense relationship with China has been scrutinized after the league’s players and coaches have largely refrained from criticizing the country’s human rights violations and expressing support for Hong Kong.”

That’s because IT’S ALLLLLLLLLLLL ABOUT THE MONEY!!!

All the NBA can see is China’s 1.4 billion people shoveling money into the league and its players.

You can overlook an awful lot for billions and billions of dollars.

Just look at our own democrat party if you don’t believe me!

“Earlier this month, criticism of the NBA’s ties to China was renewed after it was discovered that customers were prohibited from ordering custom gear that read ‘Free Hong Kong’ on its online store.”

The nerve of these people!

“The store’s operator, Fanatics, suggested the phrase was ‘inadvertently prohibited’ and the ban was lifted. Days later though, the NBA pulled all custom gear from its online store.”

Do they really think people fall for all of these lame excuses?

Not to mention supporting and advertising for the Black Lives Matter (BLM) anti-American, Marxist, organization.

Adrian Wojnarowski sounds more like an NBA defender, or proponent, here as opposed to a “reporter.”

“Wojnarowski issued an apology and was temporarily suspended by the network.”

Well, you know what our Chinese friends say, don’t you?

This translates to: “Remember to vote for the democrats, you idiots!” 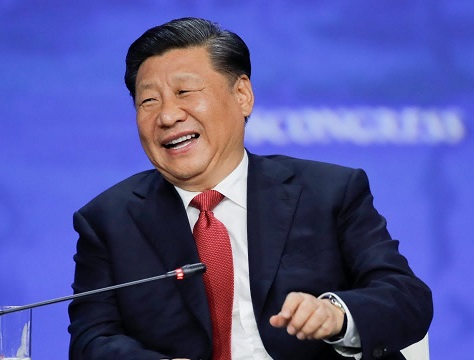