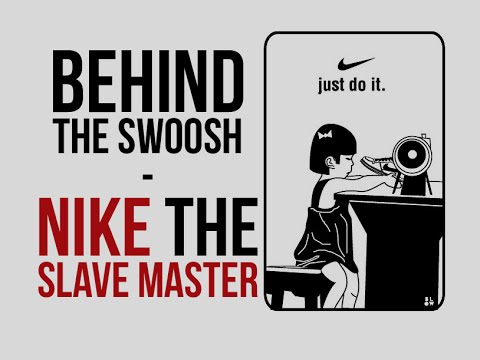 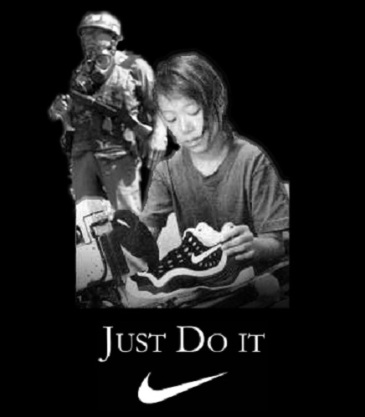 “The Social Justice Warriors who run Nike, for example, pompously inform us that they are fighting ‘against discrimination in communities worldwide.’ Not only that but they are ‘working every day to erase the stain of racism and the damage of injustice.’”

Again, we see another shining example of liberal hypocrisy, and their “do as I say, not as I do” manifesto. 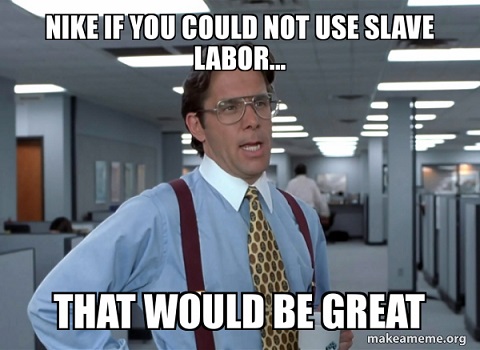 Just think about it.

Nike has the nerve to “pompously” lecture to the rest of us about social justice and America’s evil slavery past, while they utilize slave labor to produce their products.

“Really, Nike? Then why do you have your shoes made by an oppressive, morally bankrupt regime? China is the ugly poster child, the living exemplar, for all of the evils that you are so quick to condemn America for.”

America is a convenient “punching bag” for all of these “holier than thou’ types.

And, Nike can get away with this because the liberal, propagandist, mainstream media, is complicit with their behavior and it is not even reported on.

Serious, actual truth seeking, journalists, should be all over a story like this, but instead we find these “journalists” turning their backs on this hypocrisy.

And it’s not just a political, or a social hypocrisy…, it’s an evil genocidal type of hypocritical allowance.

“Right now, at this very moment, the Chinese Communists are eliminating the Uyghurs [/ˈwēˌɡo͝orz/], a [Muslim] Turkish-speaking people who live in China’s Far West, from the face of the earth.”

“They’ve locked up over a million Uyghur men in concentration camps, aborted and sterilized hundreds of thousands of the women, and are busy selling the young — in batches of 100, no less — to Chinese factory owners as slave labor.”

“Secret drone footage has revealed some of the brutality of this campaign. It shows hundreds of Uyghur men, handcuffed, blindfolded and heads shaved, being herded onto a train bound for a secret camp.”

“But it’s even worse for Nike, the ‘wokest’ of ‘woke’ companies.”

“It turns out that some of these Uyghurs have been slaving away making basketball shoes with the famous swoosh on them.”

“Nike contracts with a Qingdao company, for example, that as of January of this year had 600 Uyghurs cobbling together its shoes.”

“Yes, the same company that funds organizations asking for reparations for a practice that ended in the US in 1865 has actually used slave labor in China to make its products — and its profits — for many years.”

Tell me again WHO should be cancelled?!

“Like Nike, the pro-sports officials, owners and athletes of the NFL and the NBA who are making big money off the China market have also turned a blind eye to the brutal oppression of minorities there, all the while making ‘woke’ noises about how racist America is.”

What we really have here is a bunch of guilty, rich (but stupid) people, who are being manipulated and used by some very smart Marxists. 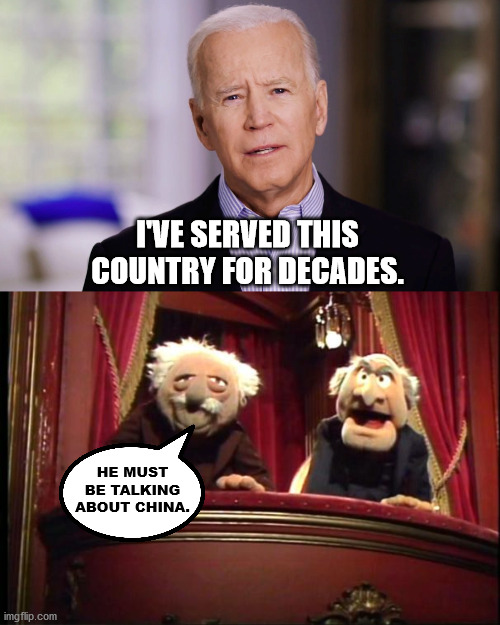 “The poster child for all of this anti-American demagoguery is NFL quarterback Colin Kaepernick, who in 2018 signed a multi-million-dollar contract to become a megaphone for Nike products.”

“I wonder if the same man who kneels to protest America’s slave-owning past might one day stand for the freedom of slaves in China. It would only be fitting. It was Uyghur slaves, after all, who might have stitched his Kaepernick brand of Air Force 1 shoes together.”

“While we wait for that moment of self-awareness to strike the young [and bogus] progressive [Kaepernick], we at least have the redoubtable Josh Hawley. The Missouri senator this week tweeted Nike and the NBA to ask them to certify that their products are ‘Slave Free.’” 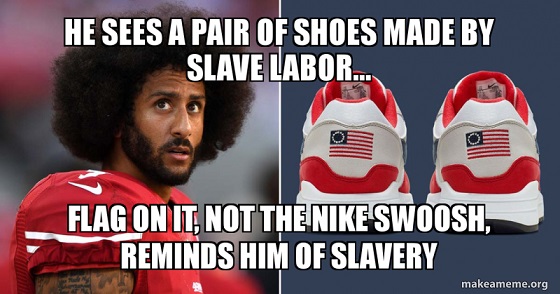 “Nike has pledged to donate ‘$100 million over the next 10 years to organizations dedicated to ensuring racial equality, social justice and greater access to education.’”

Ya, they couldn’t run to the bank fast enough to through millions of dollars at The Black Lives Matter organization.

This, of course, is money they have as a result of utilizing slave labor in the first place.

Funny how that works, isn’t it?

“But I have a better idea, Nike. Why don’t you take the blood money you have earned from employing slave labor in China and open a factory in the US? Choose a site in the inner city, employ minorities, and provide jobs and a way out of poverty.”

“That would go a lot further toward ensuring racial equality and social justice, not to mention hope for the future of America, than anything else you could do.” 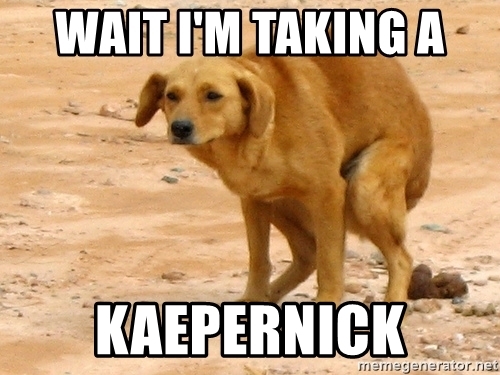